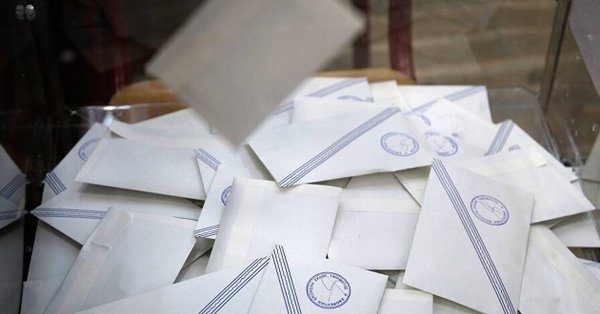 No postal vote, eligibility for those who have been living abroad for maximum 35 years but who had lived in Greece for two years and can prove it with public documents. The inter-party committee of the Greek Parliament has reached an agreement on the vote of Greeks living abroad, Interior Minister, Takis Theodorikos announced on Tuesday evening. The agreement secures that the bill will be voted with the required 200 votes.

Government and opposition parties found a compromise on the crucial issue on who is eligible to vote.

According to Theodorikakos’ announcement:

* They will vote for the “territory” ballot of the party they wish to. Political parties can choose Greeks living abroad as candidates on ballot places so that they can be elected. The number of lawmakers to be elected via the “territory ballot” increases form 12 to 15.

* Neccessary is the physical presence on the Greeks living abroad to the ballot boxes that will be open in embassies, consulates and other selected venues. There is no provision for postal vote.

* Special electoral catalogues will be created for those who have been living away form Greece for the 35 years and who have stayed in the country for two years and can prove it wih documents (studies, work, etc.)

For the provision that they would need a tax registration number (AFM) in order to vote, the Constitution approval of article 54 is needed. The issue will be discussed in Parliament committee for the Constitutional Revision end of October.

“The bill must and should be voted by all 300 MPs,” the interior minister said.

Media reports suggest that also SYRIZA has agreed in principle but would wait to see the final form of the bill..

The provision of “two years residence in Greece” will most likely exclude large parts of thousands of diaspora Greeks of first and following generations in USA, Australia, Canada and elsewhere. However, it facilitates the Greeks who left the country during the economic crisis.

In earlier statements, the government had said that the bill would affect approximately 350,000 Greeks abroad.