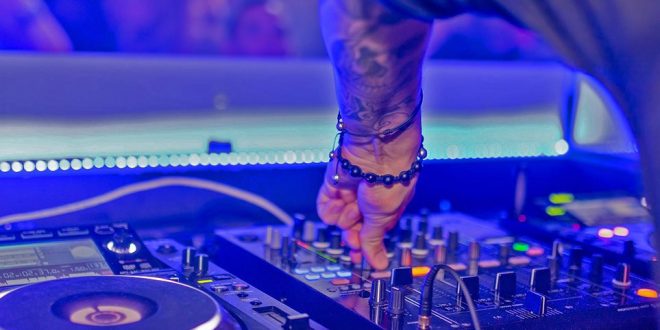 A shocking surprise for 300 people in an Athens night-club on Saturday night: Police officers raided the entertainment facility and ordered the young customers to get on their knees with the hands behind their head.

A group of ten police officers of anti-drugs department reportedly entered the club in Gazi with swears, creating panic among the young audience aged 19-25.

In the video footage obtained exclusively by Stat TV, a voice is heard shouting “Police!” and then “Down! Everybody Down!”

“Some thought it was a terrorism operation,” a man told the private television channel. He noted that the audience was dancing and having fun when the operation took place.

Police searched jackets and bags, they searched everybody including the staff working there.

The findings were small quantities of cannabis, hashish, cocaine and heroine and pills like ecstasy and mdma.

In total have been reportedly confiscated: 12.6 grams of cannabis, 3.5 grams of cocaine, 1.7 grams of heroin, 3.2 grams of MDMA, two Ecstasy pills and 20 medication tablets.

Five Greeks and five foreign nationals were detained. Six of them were customers, one a club worker who had in his procession 2.8 gr of cocaine. The other three detainees are the club owners.

The raid initially became known by the DJ of the club who posted on Facebook about the …adventure.

“You think there is some terror attack like in Bataclan or a robbery,” DJ Giorgos Apergis described his fears during the operation.

He reported that the majority of the customers were about 20 years old and that some “older ones …it turned out that they were police in civilian clothes.”

After he was checked by the police he was allowed to leave the club. “Outside there were 10 police cars, 3 police buses and some 60 police officers as if they had discovered a terrorists’ hide-out,” he wrote.

He stressed that for more than one hour, 300 people were on their knees, with hands over the head, not allowed to talk to anyone.

The Greek Police confirmed the raid saying that it had information about drugs trafficking.

An official statement is still due.

According to media, “the police is determined to combat the phenomenon of drugs use and trafficking.”

PS with God’s and police’s help, the conservative Greek government will bring Greeks to the right path….