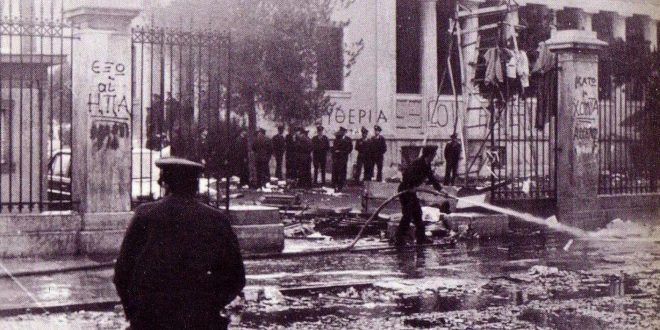 Fourth six years after the Polytechnic Students’ Uprising in November 1973 and the number of casualties is still a taboo for a part of the Greek society. The question is simple: Were the Casualties, Yes or No? Every year, on the anniversary, Greeks get involved in an endless argument race: on one side right- and far-right-wingers, one the other: socialists, left-wingers, communists and far-left.

In times to social media, the spread of fakes news and photo-shopped pictures on the issue are on fire. The right- to the far-right part of the Greek political spectrum discredits the Polytechnic Uprising as a “communist issue” – even though many of the students who lead the Uprising found later themselves in ministerial positions of PASOK governments.

The colonels junta had denied that people died when the army tank pushed own the iron gate of the Polytechnic School or that there were any other dead short before the November 17th or in the days that followed.

In response to untrue allegations of non-deaths, a mid-2002 investigation has begun at the National Research Institute entitled “Documenting the Events of November 1973”.

This research attempts to gather and process scientifically documented methods that deal with many parameters of events, such as the timing of the revolt, the operational plan for its suppression, the development of events outside the Technical University, and so on. One of the issues is, of course, the number and identity of the victims. Although the investigation is still ongoing, a brief overview of the first findings, with emphasis on the “genealogy” of the issue, is attempted at this point.

Leonidas Kallivretakis, Leonidas, author and creator of the research, “Polytechnic ’73: The Question of Victims: Dead and Injured,” told media that “the chaotic and unsubstantiated information about this issue cannot enjoy a peculiar ‘immunity’, in the name of allegedly protecting the reputation of the Polytechnic University.” 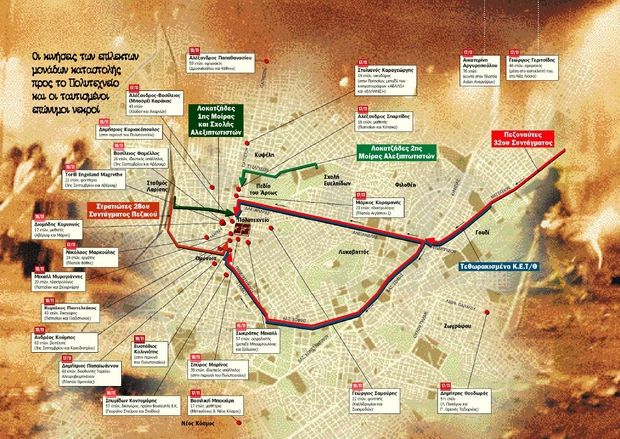 Up to date, twenty-four (24) fully documented cases of casualties have been recorded.

A list of sixteen (16) anonymous cases has been compiled. These cases have been considered at some point of the evaluation process as “dead” based on official and relatively reliable deposits by witnesses, and with specific evidence.

Finally, research has put under the microscope thirty (30) well-known cases, which have persistently appeared on most directories from 1974 to the present, without ever being substantiated. All of these anonymous and controversial branded cases remain pending for further investigation before they are finally accepted or rejected.

PS When history is so strongly politicized, Greeks will never find out the truth about historic events that changed the country.