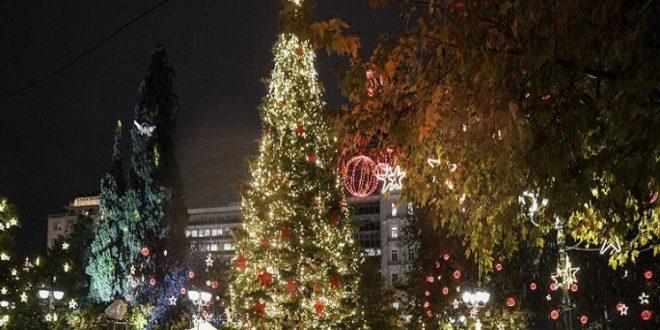 Sparkle and Spectacle at Syntagma Square in the center of Athens on Tuesday evening. The impressive 17-meter tall Christmas Tree of the city was illuminated, flooding the area with thousands of lights. 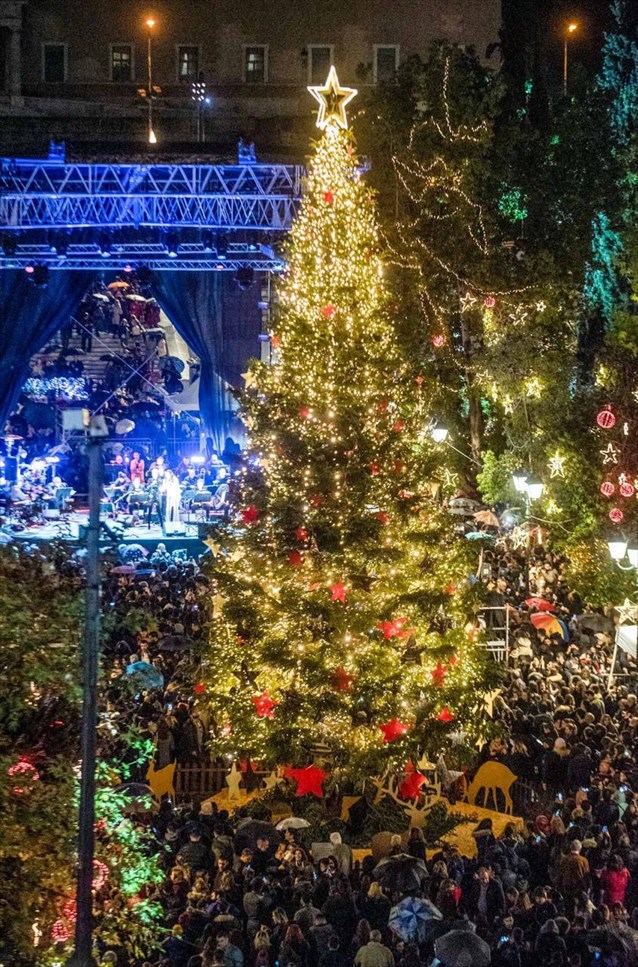 Hundreds of Athenians flocked to the square opposite the Greek Parliament and enjoy the Christmas Tree event, despite the rain.

The event started short after 7 o’ clock with a rich music program on the stage extra set for the occasion.

The Tree was lit half an hour later. 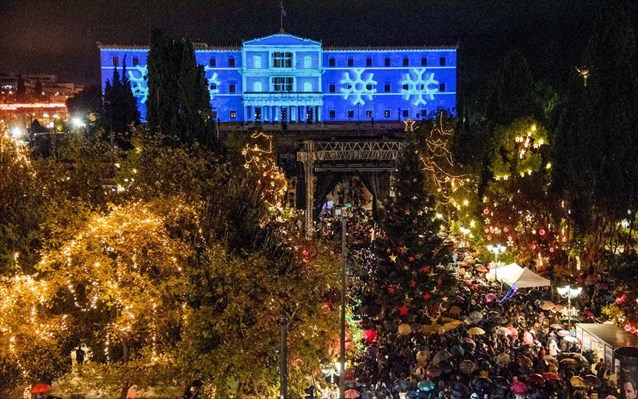 Spectacular was the 3D project mapping on the facade of the Greek Parliament. 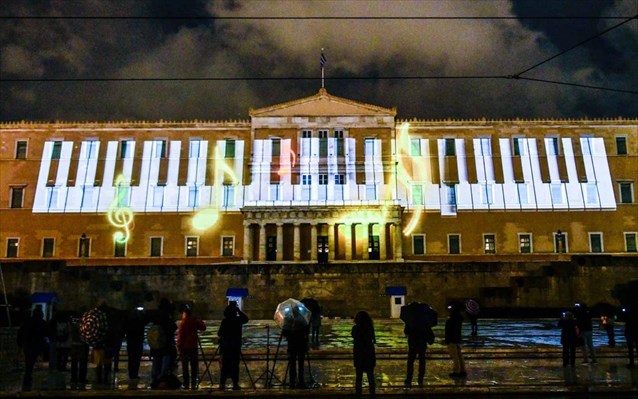 The 3D mapping was full of colors, pulse and emotions.

Let’s take a break and let ourselves enjoy our celebrations, their message and their moments, “said Athens Mayor Costas Bakoyannis.

“This year, Athens is brighter and more sparkling than ever, with streets and squares illuminated for the first time,” he stressed.

The Mayor has asked for sponsoring and citizens’ participation so that as many squares and streets are illuminated after the many years of the Greek crisis.