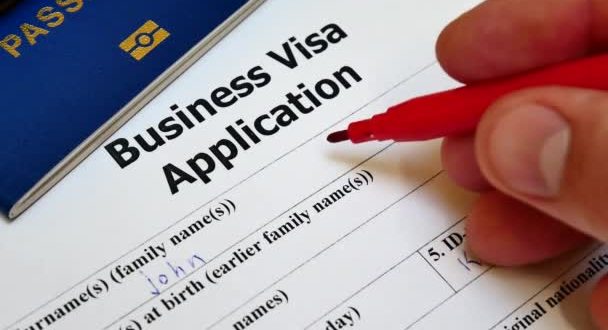 Greece is preparing a new visa scheme for entrepreneurs and citizens from non-EU countries: the Business Visa that will be possible following an invitation by a Greek citizen. The relevant amendment was submitted to the Parliament by deputy Foreign Minister Miltiadis Varvitsiotis on Tuesday.

The amendment will facilitate the entrance of foreign entrepreneurs from non-EU countries to Greece. The amendment is attached to the foreign ministry’s draft law entitled “Regulations for the UK’s withdrawal from the European Union” and introduces a new type of entry visa, the Airport Transit Visa (ATV).

The Business Visa and the “Business Invitation form” will facilitate third-country nationals wishing to enter Greece to attend conferences, exhibitions, meetings, conferences or business events without having to follow the usual bureaucratic visa procedure.

As visas have often been granted in the past with delays and there have been a significant number of rejections, the introduction of the business invitation will make the visa process more efficient and faster as applications will be dealt with promptly within 15 days.

Greek citizens will be able to submit to the competent Consular Authorities a standard invitation form, while assuming responsibility for hosting the visa applicants.

According to state-run news agency amna, the amendment also establishes a so-called “Business Invitation” form for extending an invitation to a third-country national with the assumption of responsibility/provision of accommodation for the purposes of granting a Schengen visa.

This will be used as a supporting document for examining requests for a business/professional visa, in the case that interested third country citizens are not able to certify the specific requirements by themselves.

The amendment also foresees penalties (fines and imprisonment) for persons that invite a foreign national using a “Business Invitation” with aim of violating migration law and the provisions of Schengen.

According to Minister Varvitsiotis, the amendment is in the right direction and responds to the chamber’s long-standing request to facilitate businesses to accommodate business visitors, as they are currently facing lengthy visa procedures for third-country nationals.

Varvitsiotis stressed, thought, that in case of violation of the terms by the guest then the company will lose the right to submit a new application.