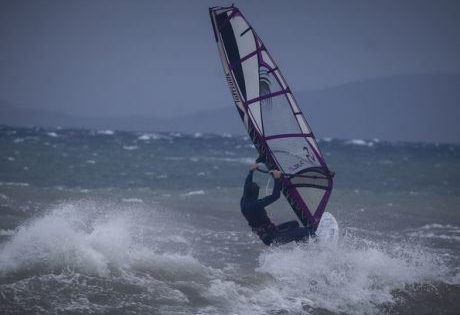 Bold water sports lovers who ignore bad weather warnings will not only be fined but will also come up for the cost of their rescue by the Greek Coast Guard.

In a statement the Greek Coast Guard said on Thursday that it activates a law of 2002 about relevant issues.

“The Coast Guard, following irresponsible civilians who ignore the weather and endanger their lives by forcing mobilization of the Coast Guard for their rescue, will impose fines and the cost of the mobilized means and personnel,” the statement said among others.

The law re-activation follows a series of SAR operations across the country in the recent weeks where Coast Guard vessels and helicopters had to rescue water sports lovers who had ignored the extreme weather warnings.

On second Christmas day, a big SAR operation was launched after three surfers ignored the warnings about powerful winds and were swept away.

On January 6, another SAR was launched after a rower “disappeared.” He had ignored the weather warning and set out in the very rough sea.

A few days later, one more SAR operation was launched in which also a helicopter participated. The surfer was eventually rescued by a fishing boat participating in the SAR.

Too many SARs for those ignoring the weather reports? The Coast Guard restores the law and will impose fines to whose who ignore the sailing ban for the sake of their own pleasure.

They will bear from their own pockets the cost of their own rescue if the Coast Guard has to be mobilized.

According to media, the cost for one hour operation for one vessel is 4,000 euros.

Surfers told media that they disagree with the fines as they “need wind” for their hobby.

“The Coast Guard is there to rescue people not to impose fines,” a surfer said. Another pointed out that this practice might also “be dangerous as a surfer might deny rescue call to the Coast guard due to the fine and the cost.”