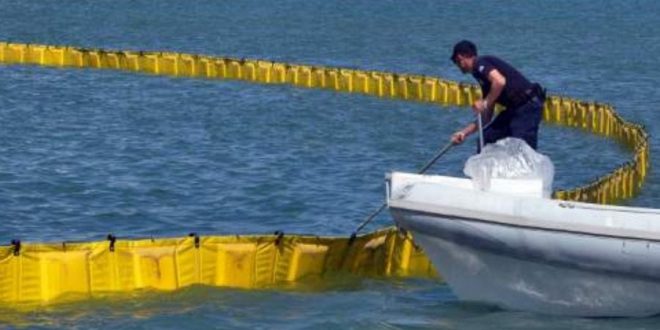 Greece is planning to build floating fences in the Aegean Sea in order to prevent refugees and migrants to arrive from Turkey, The fences are reportedly to be set off the islands of the Eastern Aegean Sea that receive the overwhelming migration flows. The plan will be executed by the Greek Armed Forces as the tender launched by the Defense Ministry states.

For this purpose the Defense Ministry has launched a tender for the supply of the floating fences.

According to Lesvos media stonisi, the tender aims to supply the Defense Ministry with 2,700 meters of protection floating system of no military specifications.

The floating fences will be used by the Armed Forces for their mission to manage a continuously increasing refugee/migration flows, as it is clearly stated in the tender text.

It is indicative that the tender call to the companies states that the supply of the floating protection system “will restrict and, where appropriate, suspend the intent to enter the national territory, in order to counter the ever-increasing migration / refugee flows due to the imperative and urgent need to restrain the increased refugee flows.”

The tender has been reportedly launched on Jan 24, 2020, in order to cover “urgent needs.” The floating fences will carry lights liker small lighthouses. The fences will be 1.10 m high with 60 cm under water.

they are reportedly to be installed off the islands of Lesvos, Chios and Samos.

The estimated cost of the floating system incl maintenance is at 500,000 euros.

Government spokesman and Defense Minister confirmed the reports on Thursday following skeptical reactions. “It is the first phase of a pilot program,” to start initially of Lesvos, said spokesman Petsas. “We want to see if it works,” he added.

The floating fences plan primarily raises the question on whether it violates the international law as it prevents people fleeing for their live to seek a safe haven.

Another question is how these floating fences will prevent the sea traffic (ships, fishing boats)

PS and the third question is, of course, political: Will these fences be installed at 6 or 12 nautical miles off the islands shores? Greece could use the opportunity to extend its territorial waters… etc etc But it only the usual mean Greeks making jokes about a measure without logic.

Meanwhile, opponents of the measure showed the length of the floating fence in proportion to the island of Lesvos. The comparison is shocking. 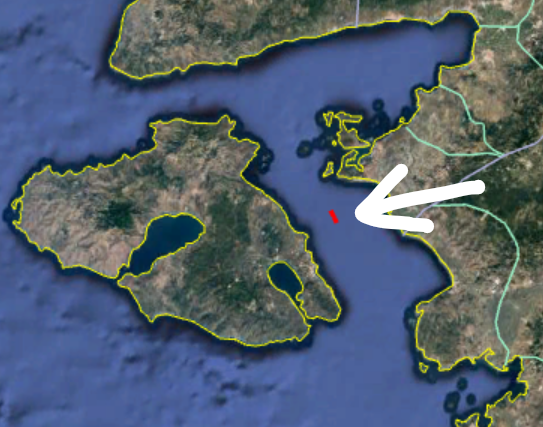 Now many wonder what’s the real purpose of the whole plan.