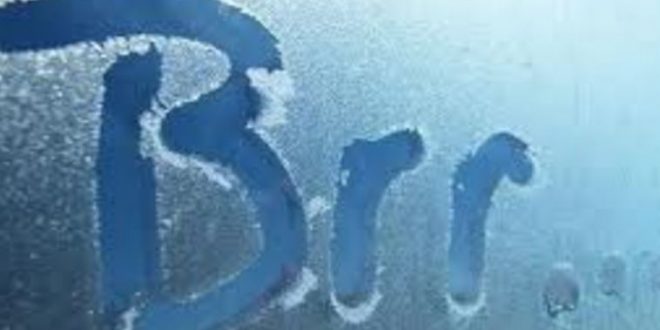 Greece’s National Meteorological Service EMY and the National Observatory of Athens have issued warning about a rapid deterioration of the weather with heavy snowfalls, sharp temperature drop by over 15 degrees Celsius in some regions, powerful rain- and thunderstorms, gusty winds and dangerous frost. The phenomena are forecast to be intense, therefore the weather warnings. 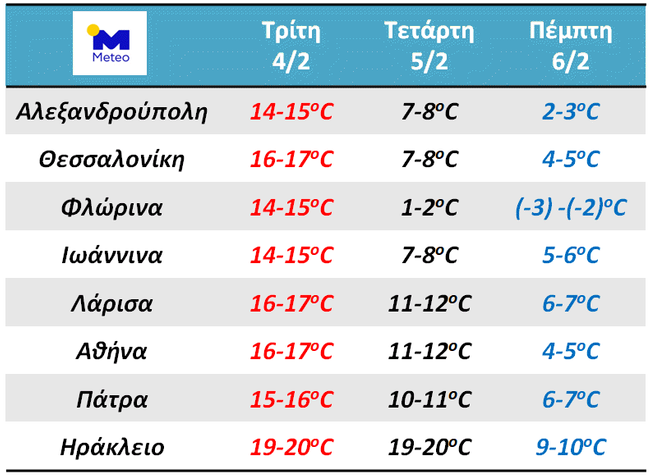 According to meteorologists snowfall is forecast also in low altitude areas.

The barometric low is expected to strike Greece in the night of Tuesday to Wednesday, February 4-5, 2020, where snowfalls are forecast in he mountainous and semi-mountainous regions of Thrace, West Macedonia and Thessaly, the mountains of Epirus, but also in the Ionian islands, West Greece, the Peloponnese, high altitudes in the Aegean islands and Crete.

Powerful rainfalls and thunderstorms are forecast in Central and South Greece, including the Aegean and the Ionian islands.

The weather warning analytically as issued by EMY

As of early morning hours of Wed, Feb 5, in mountainous and semi-mountainous regions of northern Greece and the highlands of Thessaly and Central Sterea.

As of noon also in the lowlands of northern Greece.

Snowfalls will continue on Thu, Feb 6, in the above mentioned regions and extends to the lowlands of Thessaly as well as in regions with lower altitude of 200-400 meters.

Most probably also in the lowlands of Central, East Greece and Evia as of afternoon. Phenomena temporarily dense.

The will reach 9 Beaufort locally in the Ionian Sea.

*** There is high possibility that sea traffic will be halted, therefore, check with local port authorities and travel agents, if you plan to travel by sea.

Strong rainfalls accompanying by hail- and thunderstorms in the Ionian islands, Epirus, West Sterea as of early Wed morning. Gradually also in Peloponnese, islands of the North and East Aegean Sea, the Dodecanese, by late night the Cyclades and Crete

On Thu they will affect the islands of the North and East Aegean, Peloponnese, Cyclades and by night Crete.

Frost in the mainland, mainly on Thursday morning and evening. 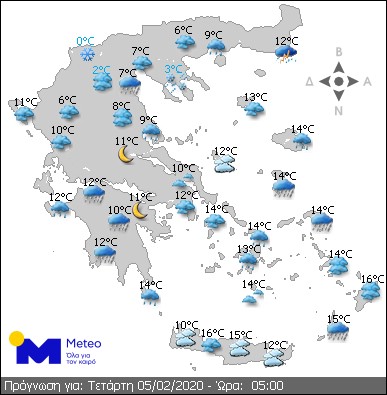 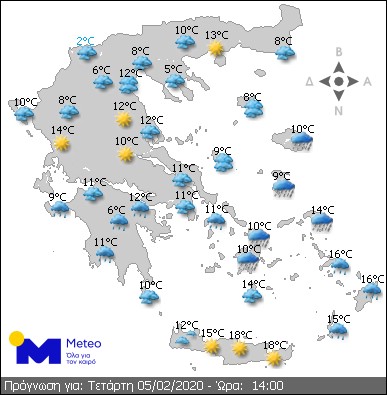 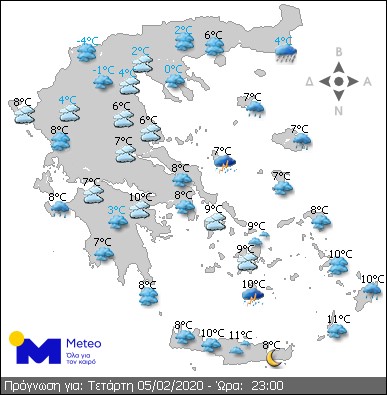 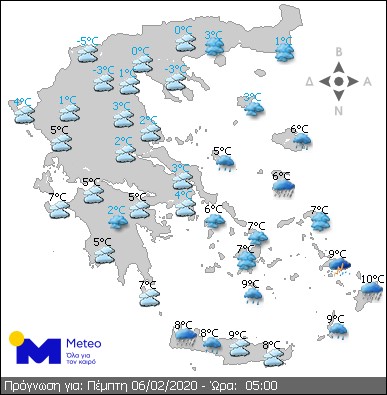 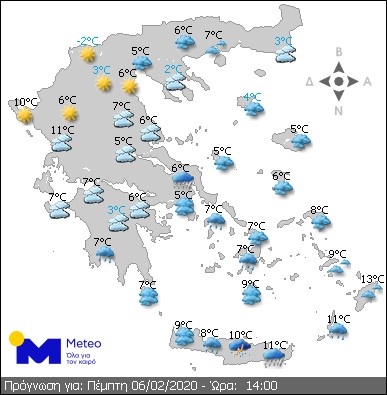 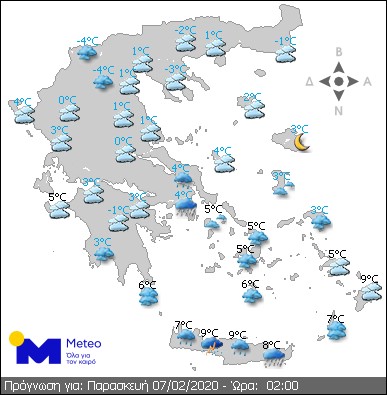 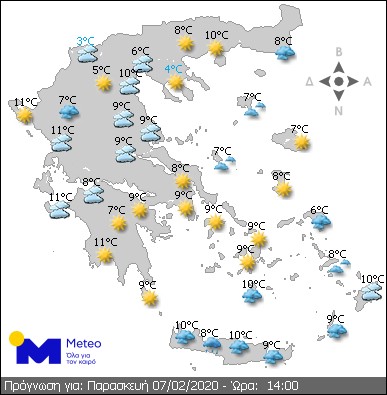 While the weather warning is issued for February 5-6, meteorologists forecast weather improvement as of Saturday, Feb 8, 2020.

PS Whatever the forecast and the warning, we have at 2:30 Tuesday afternoon 20 degrees Celsius and full sunshine Athens sky.