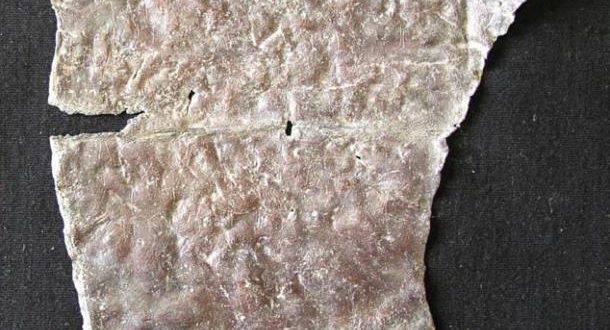 Dozens of curse tablets have been discovered in a  2,500 year-old water well in the ancient Greek cemetery of Kerameikos in downtown Athens.  The 30 small lead tablets were found engraved with ancient curses and hexes at the bottom of the well. 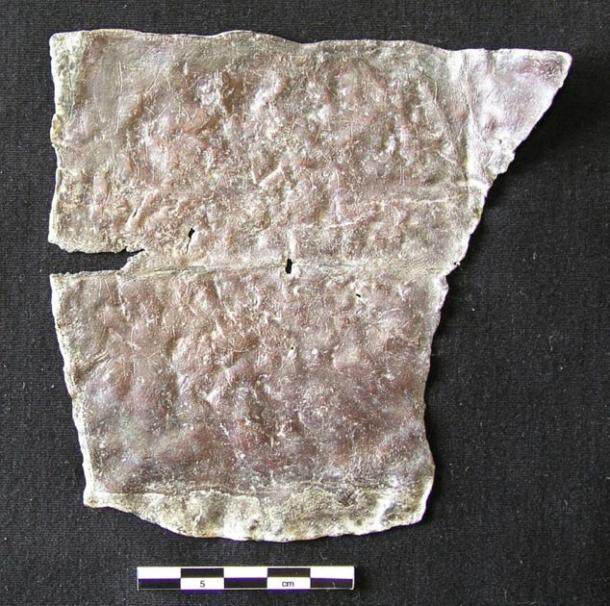 Curse against the newlywed Glykera, focusing on her vulva, by someone jealous of her marriage. (Dr. Jutta Stroszeck / German Archaeological Institute)

Dr. Jutta Stroszeck, director of the Kerameikos excavation on behalf of the German Archaeological Institute in Athens said the ritual texts were an attempt to “invoke the gods of the underworld” but the person that ordered the curse is never mentioned by name, “only the recipient.”

Tokens For an After Death Venture

Previously discovered curses from tombs dating to the Classical period (480-323 BC) had been related to people that had died in an untimely manner and through what appeared to be plain old bad luck. These folks were deemed as being most suitable for carrying spells to the underworld. According to an article in Haaretz Dr. Stroszeck said there was good reason for the transition of “ill-will from graves to wells” in ancient Athens.

Since 1913 the excavations conducted by the German Archaeological Institute in the Kerameikos area have unearthed about 6,500 burials from ornate tombs and graves marked with stelai, reliefs, marble vases, and sculpted animals which were deemed important on the journey to the realm of the dead.

In 2016 Dr. Stroszeck’s team excavated the 33 foot (10 meter) deep well in which the curses were found during an archaeological project investigating the water supply to a 1st century BC bathhouse near the city-gate on the road to the academy.

Inside the well, according to the Haaretz report, items that were discovered included, “drinking vessels (skyphoi), wine mixing vessels (krater), clay lamps, cooking pots, special broad-mouthed clay pots used to draw water (kadoi), wooden artifacts including a trinket box, a scraper used by potters, a wooden pulley, part of the drawing mechanism of the well, a number of bronze coins, as well as organic remains such as peach pits. And the curses”. 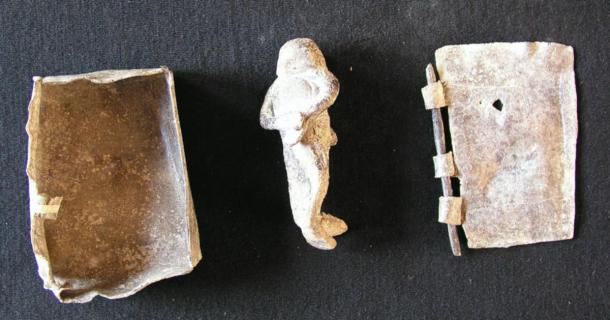 Model sarcophagus and figurine made of lead, found at the bottom of the Kerameikos well, 5th century BC. (Dr. Jutta Stroszeck / German Archaeological Institute)

The origins of such curses in ancient Athens, according to Dr. Stroszeck, might be found back in the mid 5th century BC during the dedication of the Parthenon atop the Acropolis. At this time opposition was shown against the spending of federal (union) finds for municipal purposes in Athens. Pericles famously argued that as long as Athens was fulfilling its defense obligations, it owed “no accounting” to its allies regarding its spending of tribute money.

However, during the famous speech of Thucydides, son of Melesias, against the vast construction program, his jaw suddenly broke and to the people it looked like Thucydides had been cursed. This single incident could explain the sudden increase of curse tablets in the Kerameikos during the 5th century BC. And the team of archaeologists hope that their 3D imaging technology will help them learn the name of the actual nymph and the nature of curses in Athens during the late 4th century BC.

The 30 ancient tablets have been scientifically documented using “reflectance transformation imaging”, which is a new digital visualizing technique enabling the researchers to study even the smallest inscriptions scraped onto the faces of the lead tablets. And reaching for answers as to why the curses might have been created we have to look back to the time of Cicero … Read more in ancientorigins.net.