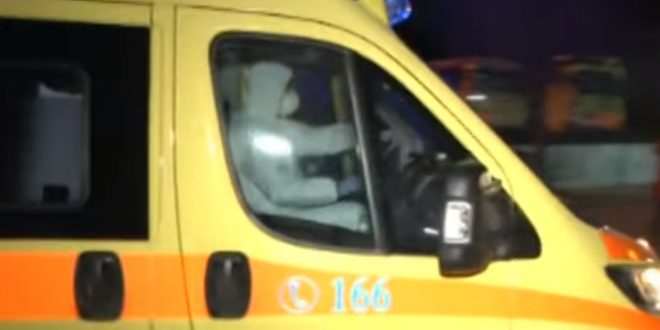 Two Greeks in quarantine in Athens hospital after returning from Wuhan

Two Greeks are in quarantine in a hospital in Athens after they arrived from the Chinese city of Wuhan where the coronavirus broke out and has claimed so far the lives of more than 800 people. The two arrived to Athens with a special flight on Sunday afternoon.

They left Wuhan on a plane chartered by the European Union together with British and other EU nationals, and arrived to the Greek capital via London and Rome.

Upon their arrival to the military airport in Elefsina in West Attica, the two repatriated Greeks were immediately transferred to the Thoracic Diseases Hospital “Sotiria,” the Health Ministry said in a statement.

The Greeks, a man and a woman, will remain in quarantine for a total of 14 days, in the hospital which is one of the 13 across the country to deal with potential or suspected coronavairus cases.

It is noted that both are reported to be in good health and all medical protocols have been followed. They will remain in “voluntary” quarantine for preventive reasons, the Ministry statement said.

After arriving in London, the two Greek nationals boarded on a military plane bound for the Patrica Di Mare military air base in Rome. There, they were received by medical staff of the  National Public Health Organization, following the special protocol.

They boarded a Greek military aircraft, which had flown to Rome for this purpose, and landed at the military airport of Elefsina.

During their trasnfer from the airport to the hospital, the paramedics and doctors were wearing special protections uniforms and masks following a strict protocol.

The ambulance is to disinfected, media report.

Following concerted efforts & in the framework of the European Civil Protection Mechanism #EUCivPro, 2 Greek citizens were repatriated from #Wuhan, #China today. We thank our 🇬🇧 & 🇮🇹 friends at @foreignoffice & @ItalyMFA for their support & assistance https://t.co/C9qImzKJqh

The Greek Foreign Ministry thanked UK and Italy for the repatriation of the two Greek nationals from Wuhan.

UPDATE: The two Greeks were tested “negative” on coronavirus, media report on Monday morning. However, the two will remain in quarantine as advised by the protocol of World Health Organization.