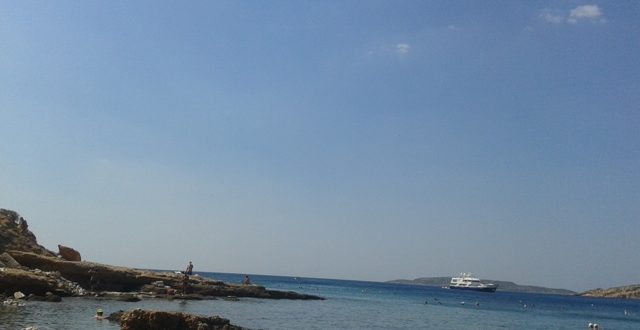 Greece’s Weather: Sunshine, temperature rise by up to 14C and frost

February 10, 2020 weather Comments Off on Greece’s Weather: Sunshine, temperature rise by up to 14C and frost 1,768 Views

Freezing cold goes, temperatures rise but frost remain. A barometric high is bringing significant weather improvement in large parts of Greece with temperatures expected to rise by even 14 degrees Celsius.

Meteorologist, Giannis Kallianos, optimistically forecast temperature rise by up to 12-14° Celsius as of Wednesday, February 12, 2020.

The mild sunny weather will affect mainly South and East Greece in the next couple of days, while the North will experience frost in the morning hours.

However, despite the forecast temperature rise, the weather will not be that fair as one would expect with occasional rainfalls to hit some parts of the country. 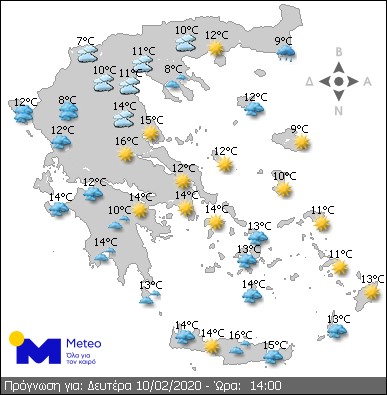 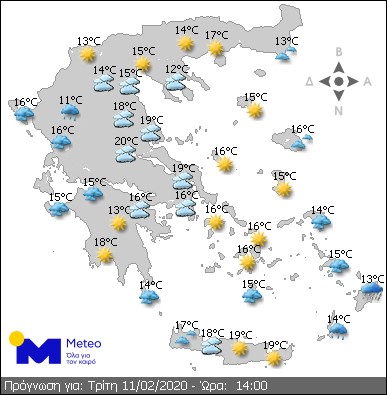 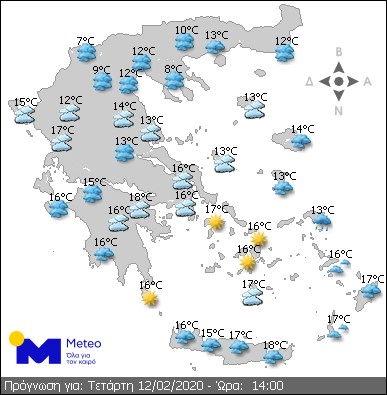 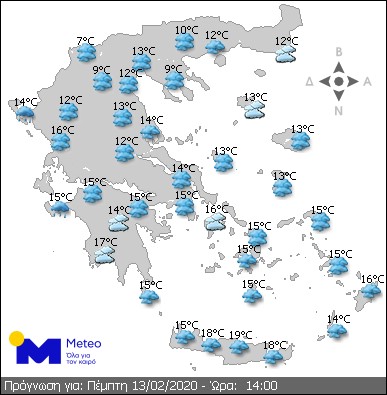 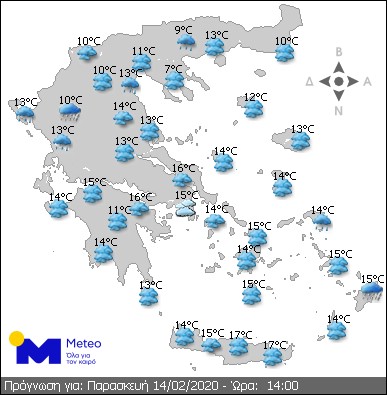 Winds are forecast to blow up to 5-6 Beaufort locally and gradually increase to 7 Beaufort in the South. 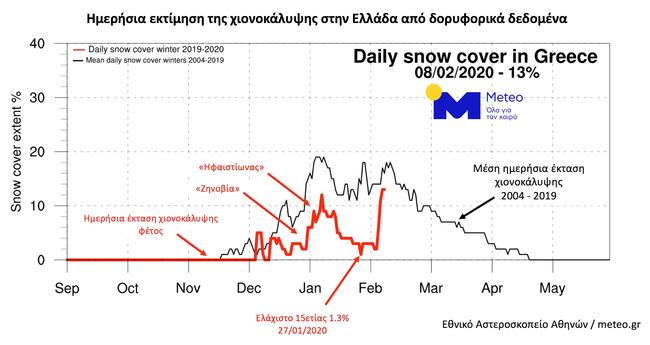 According to meteo.gr, the meteorological service of the National Observatory in Athens, the bad weather front last week, significantly increased the snow cover to the average of the last 15 years.