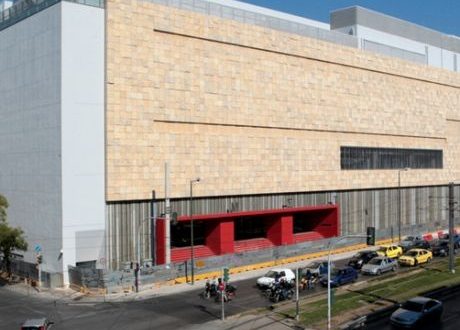 After several years of delay the National Museum of Contemporary Art (EMST) finally opened its doors in Athens on Friday, February 28, 2020. The institution welcomed the first visitors to its renovated home in the former Fix brewery on Syggrou Avenue. For one whole month, admission will be reportedly free.

Before its permanent operation, the Museum was opened on and off for specific exhibitions including during the Documenta 2014.

More than 20 years after it was founded, and following several long delays in the opening of its renovated home in the former Fix brewery in Athens, EMST—National Museum of Contemporary Art welcomed its first visitors this week.

The exhibition programme will also be announced then, but Culture Minister Lina Mendoni says that planning on the first temporary show is already underway. 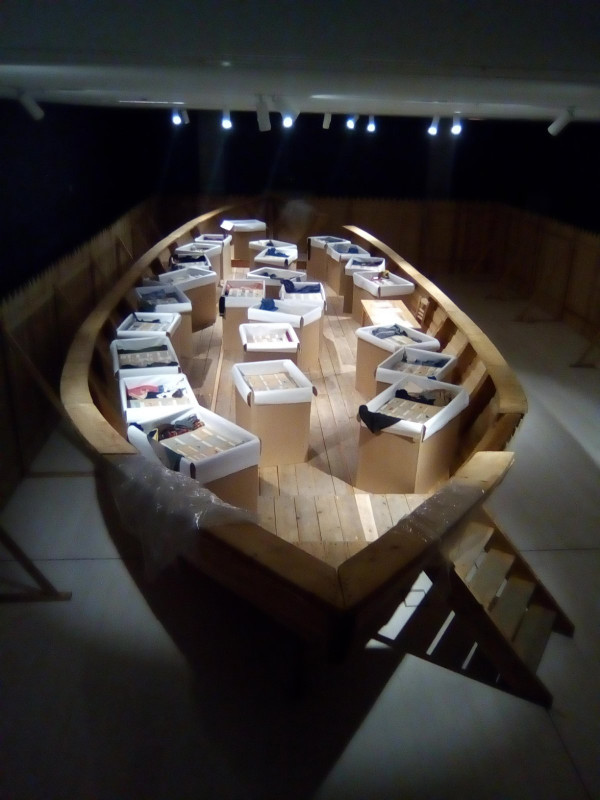 The opening display, drawn from the 1,300-strong permanent collection, includes 172 works by Greek and foreign artists. The exhibition opens on the second floor with Mona Hatoum’s installation Fix it, made from old brewery equipment and tools—a reminder of the industrial history of the museum building. Equally emblematic is Kendell Geers’s The Acropolis Redux (The Director’s Cut) (2004), an installation of coiled barbed wire that reminds viewers of the danger and violence that dominates modern society.

In the following rooms, works by Greek artists from the 1960s and 70s, such as Nikos Kessanlis, the sculptor Theodoros, Chronis Botsoglou, and Dimosthenis Kokkinidis, many of whom devoted their practices to the country’s socio-political issues, are juxtaposed with works by international artists who comment on today’s political conditions. These include Emily Jacir’s embroidered tent Memorial to 418 Palestinian Villages Which Were Destroyed, Depopulated and Occupied by Israel in 1948. 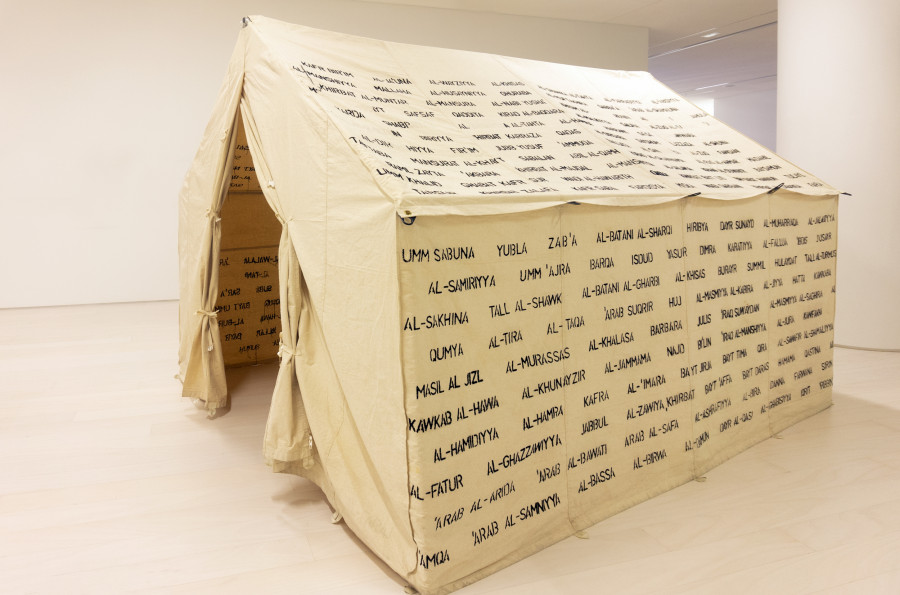 A new museum director who will serve for a two-year term will soon be appointed by the culture ministry, while the international search for a more permanent director (which has not been without its own share of controversy and delays) will be taken up again this year, with candidates to be selected by a jury, Mendoni says. The museum will also hire an administrative and financial director.

The Greek government has so far spent €40m on the museum, with the Stavros Niarchos Foundation giving a further €3m in the final push towards completion.)

Greek Prime Minister Kiriakos Mitsotakis will officially inaugurate the EMST some time before Orthodox Easter on 19th of April, it was announced at the press conference.

More about the museum’s displays in theaternewspaper. This article was originally published by their Greek sister paper, Ta Nea Tis Technnis