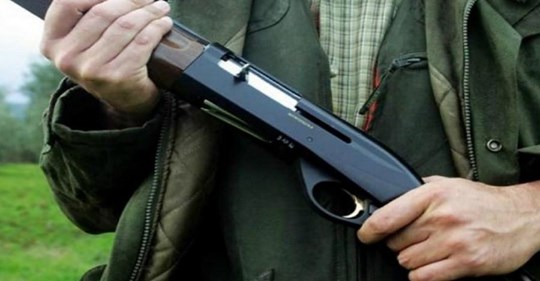 March 5, 2020 Very Mix Comments Off on Racists in Volos create “association of hunters of illegal migrants” on FB 2,923 Views

Racists in Volos, Central Greece, have created an group on Facebook with the despicable name “Association of hunters of illegal migrants.” Theis aim is reportedly to “clean Volos of migrants” and to travel to Evros to help the national guards to prevent illegal entries.

Through their Facebook page they invited people for a rally in Volos on Thursday afternoon, an hour earlier than a scheduled rally against racism. Aim of the rally was reportedly to organize the members and “hunt illegal migrants out of the city.”

A further aim of the group is to get organized and move to Evros in order to bolster the national guards there and prevent entries by illegal migrants, reports local media e-thessalia.

The group on FB is closed and one can obtain access only through “invitation.”

The racists have uploaded on the group’s page pictures of weapons, rifles, knives and daggers along with the gun licenses they have, their posts are bursting of hate against migrants.

The group was created on March 3 and has already 330 members.

According to local media onlarissa, the group administrator was summoned to Homeland Security of Volos on Thursday.

The administrator reportedly claimed that aim of the group was “to discuss with left-wing organizations about the issue because our homeland is in danger.”

The administrator was set free and changed the group name to “Association of Volos Patriots.”

Racism and xenophobia dramatically increased in Greece since Turkey open its border gates to thousands of migrants and refugees. In isolated incidents, locals have attacked Greek and foreign journalists covering migrant’s verbal abuse also by locals, set warehouse son NGOs on fire. The US Embassy in Athens issued a travel warning due to such incidents.

PS No. No charges were raised on inciting hatred and “boring law stuff like that,” so to say ironically. The Admin probably got a pat on the shoulder and the advise not be so openly provocative, right?