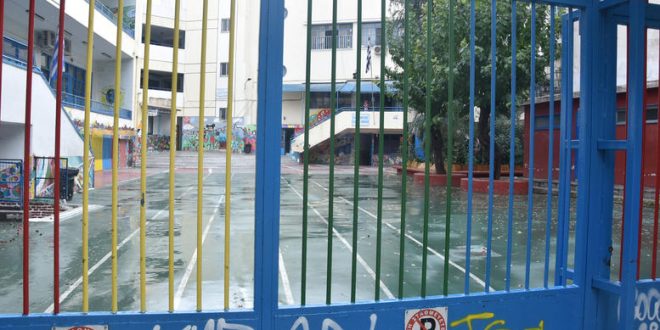 Greece’s health authorities decided to close all kindergartens, schools and universities throughout the country for 14 days. Health Minister Vassilis Kikilias announced the closure on Tuesday afternoon, stressing that purpose of the preventing measure is to reduce the virus spreading in the country.

Kikilias said that special care would be taken for working parents and businesses affected by the measures. He reiterated that parents should restrict the movement of their children to reduce the spreading of the virus.

Authorities reportedly suggest holidays for parents with school children during the schools closure.

The Health Minister stressed the importance of “individual responsibility” and said that “it is time for all Greeks to show responsibility.”

The decision comes with 700 schools in the prefectures of Ilia and Achaia in Peloponnese and the island of Zakynthos to have already been closed due to dozens of confirmed cases after a group of 53 pilgrims returned from Israel end of February.

As the number of total cases reached 89, authorities closed one school one after the other because either a parent or a student or even a teacher have tested positive.

Among the confirmed patients are also a parent in a school in Dafni suburb in Athens, a high-school student in Galatsi, a tutor teaching in Glyfada and western suburbs of Athens as well as a teacher in Vari, south-east Attica and a mother on the island of Lesvos.

While authorities have tracked the transmission source in the majority of the confirmed cases, for four patients the source remains unknown.

The four have been hospitalized with respiratory problems, when medical staff decided to have them tested.

More about coronavirus in Greece here