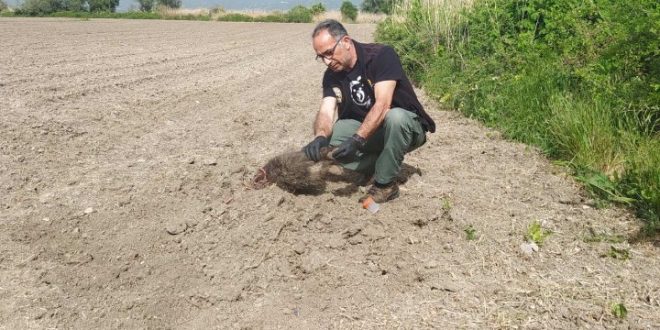 May 18, 2020 animals Comments Off on Mama bear most likely buried her killed cubs, says Artcuros 1,267 Views

Two bear cubs have been found dead and buried in a farm plot in the lakeside area between Polykarpis and Fotini, by Kastoria, northern Greece. The cubs were killed by a car. But who buried them? Most likely it was the mama bear, say members of emergency response team of the bear sanctuary Arcturos. They point out at evidence on the site where the two were found: traces of claws and bear footprints, and soil, wildly piled up over their bodies.

The phenomenon is unprecedented, at least Greece, and now Arcturos is trying to find out if there has been a precedent in Europe or elsewhere in the world. 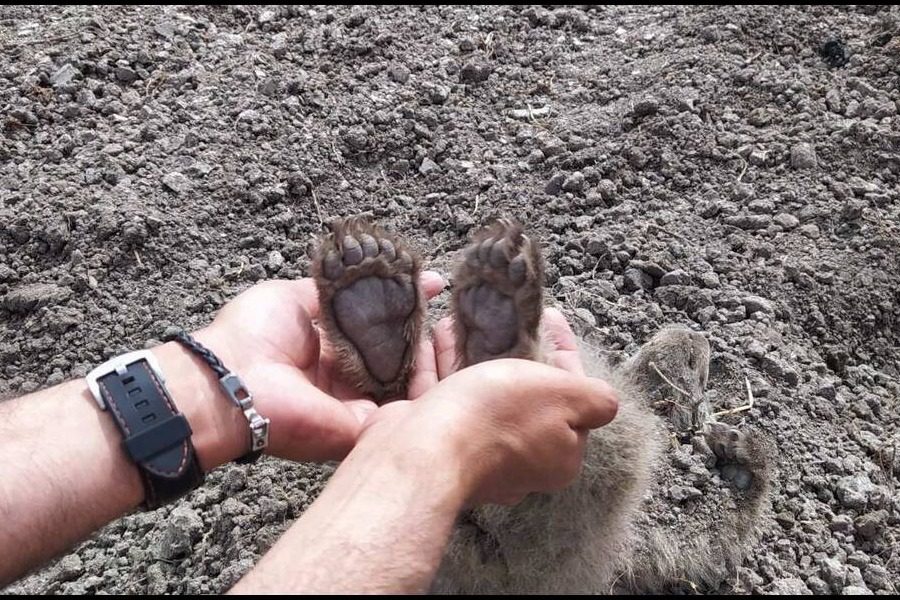 Nikos Panagiotopoulos, member of the emergency response team of Arcturos, told state-run news agency amna, that one of the cubs was found under a pile of soil.

“Around the spot where the cub was buried, there were visible traces of claws and footprints of a bear, as if the mama bear tried to push soil to cover the dead animal,” he said.

“The accident took place about 40-50 meters from the place where the small animal was buried. We understood that the mama bear had probably moved it there,” Panagiotopoulos said.

He added “scientifically we have not yet documented this and we are looking to see if it has happened somewhere else, [in the world].”

The team took the dead cub from the area and left, but a phone call from the owner of the farm, had them turn back. Another cub was found, buried about 150 meters from the scene of the accident.

“We also found the second cub buried in the same way. The first must have died instantly on the road, the second, had a large haze in the abdomen, Panagiotopoulos said.

The team launched a investigation in the area and found out that the second cub had been seen on the road lying dead around 6 o’ clock in the morning. Nobody in the area had picked the body up. All evidence lead to the clue that  the mama bear returned, move it to the site and buried it.

“A human would have buried them in the woods or elsewhere,” Arcturos member Panagiopoulos suggested.

The team is trying to document scientifically if something similar has happened before and is in contact with various organizations in Europe and around the world.

The two cubs underwent an autopsy and were buried in a specially designed area of ​​the Forest Service, amna reported.