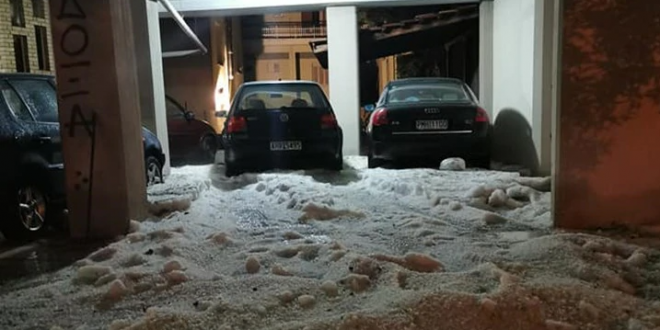 An unprecedented hailstorm hit the city of Drama in the night from Tuesday to Wednesday and caused widespread problems in many areas of the city in north-eastern Greece. The volume of hail was so big that dense layers reaching up to 30-40 cm were formed. 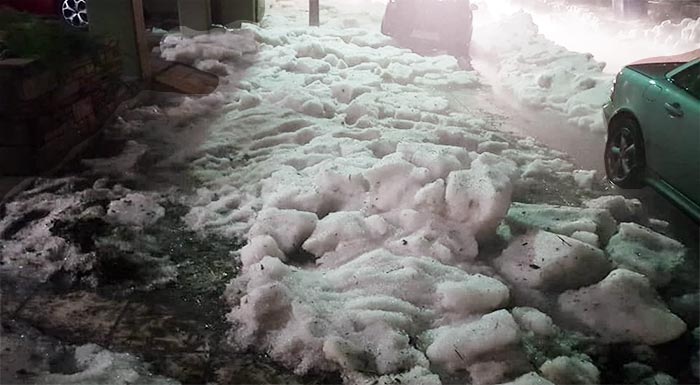 The Drama Municipality sent excavators on the roads to clean them. 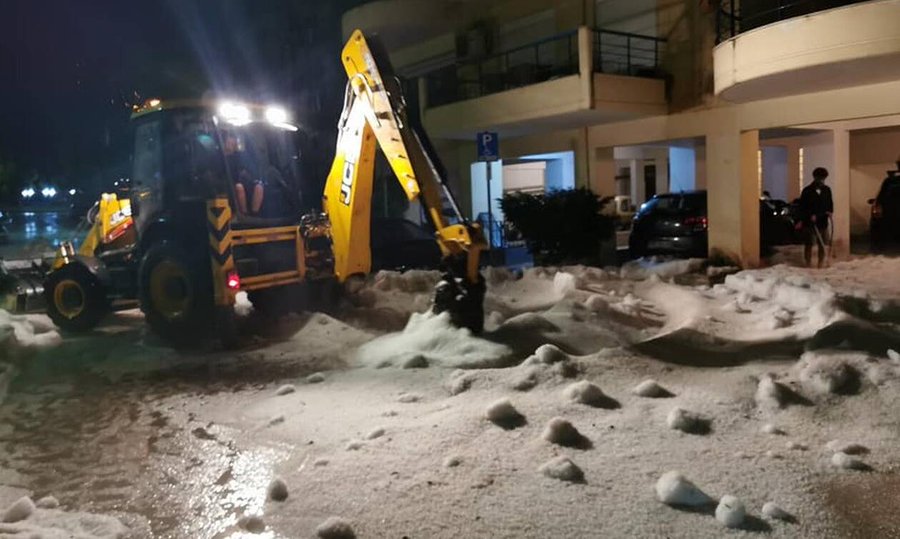 The severe hailstorm lasted more than half an hour, a heavy rainstorm followed and turned streets into rivers, flooded homes and businesses. 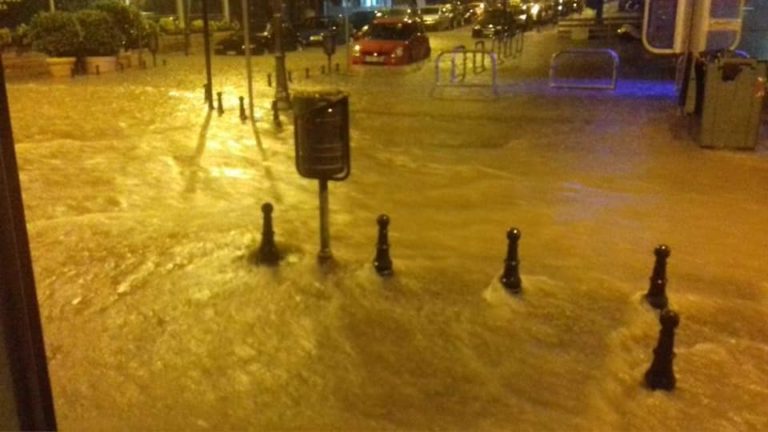 The Fire Brigades received over 60 calls to pump waters. It had to intervene in five cases to rescue motorists from their cars trapped in the waters. 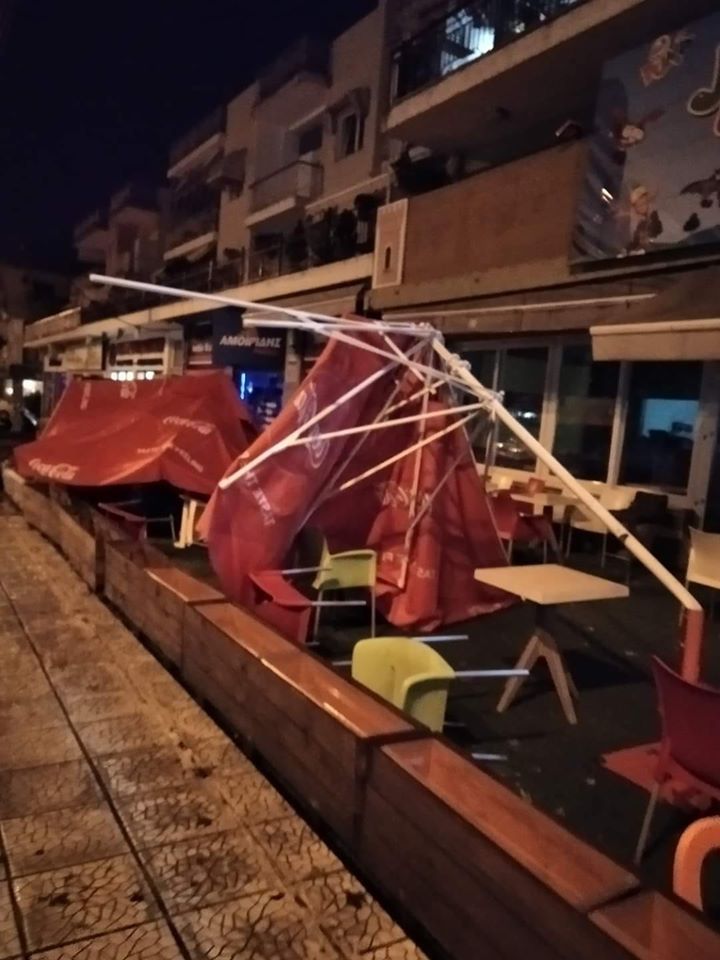 ”Difficult night. The volume of water and hail that fell tonight in our city is unprecedented in Drama. A sudden heavy downpour. The volume of water that fell within a few minutes is huge. At this time, every effort is being made by the Municipality of Drama and DEYAD in the city with our machines and workshops in various areas. This effort will continue throughout the night and at dawn,” wrote the Deputy Mayor of Technical Services & Construction of the Municipality of Drama, Ioannis Kapsimalis.

It looks as if the bad weather front is not over, though. The National Observatory of Athens warns of local rainstorms, hail and thunderstorms mainly in the Central and North Greece also on Wednesday, June 17, 2020.

The phenomena are forecast to be locally very dense.

Meteorologists warn of strong gusts during the storms and intense lightning activity. 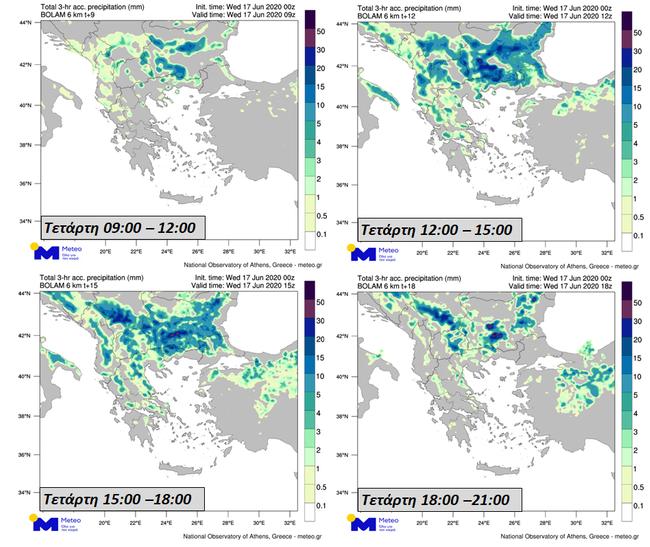 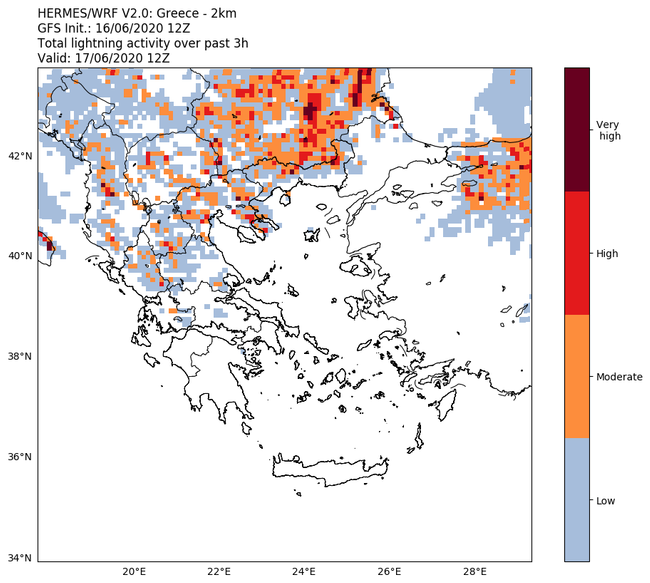 In other areas the weather is quite fair with sunshine and summer breeze. 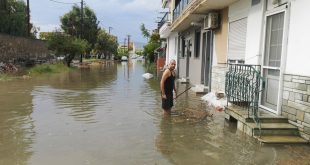 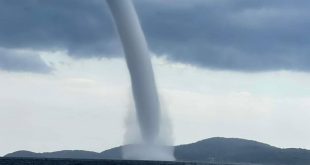