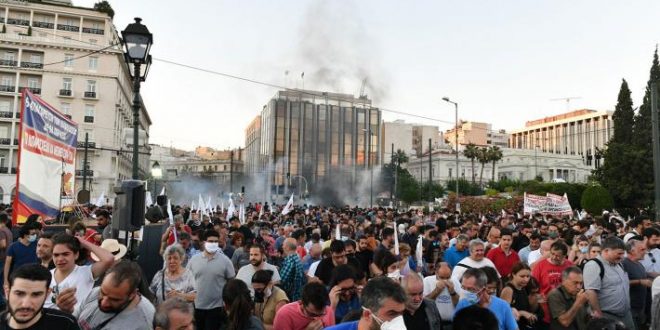 Tear-gas and sound flares, chasing and bulling, stones and molotov cocktail bombs. The protest against the bill that limits rights to public gatherings started peacefully but soon turned downtown Athens into a battlefield on Thursday evening. 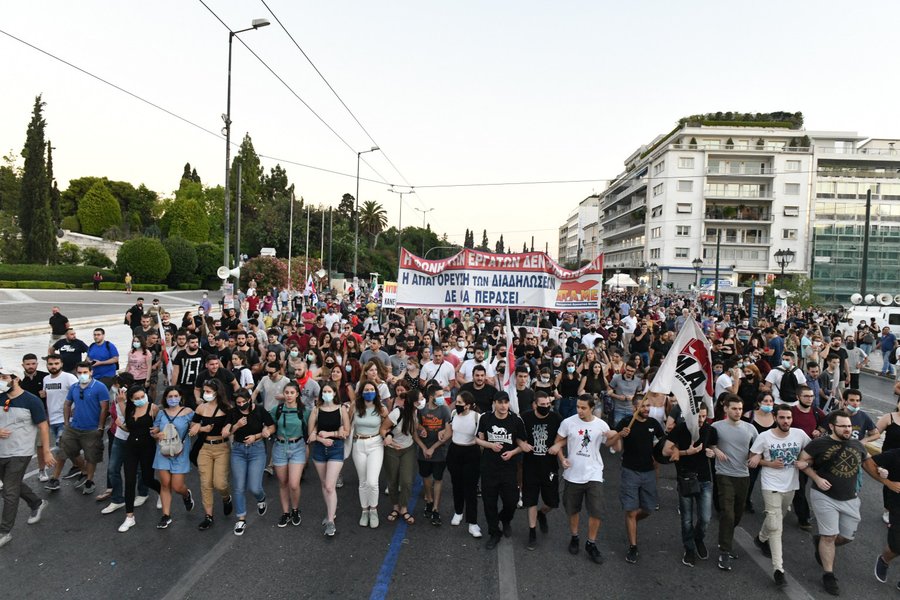 With main slogans “No tolerance to the their plans,” and “the bill remains on paper,” the huge demonstration started at the Athens University.

The clashes reportedly started when a students’ group tried to break the police chain. Riot police fired chemicals, tear-gas and sound flares. Then a group of people wearing hoods launched an attack with stones and fire bombs and hurled them at police.

According to daily efsyn, police dispersed the protests when large crowds started to reach the Parliament opposite of Syntagma Square.

The extensive use of tear-gas created a suffocating atmosphere. 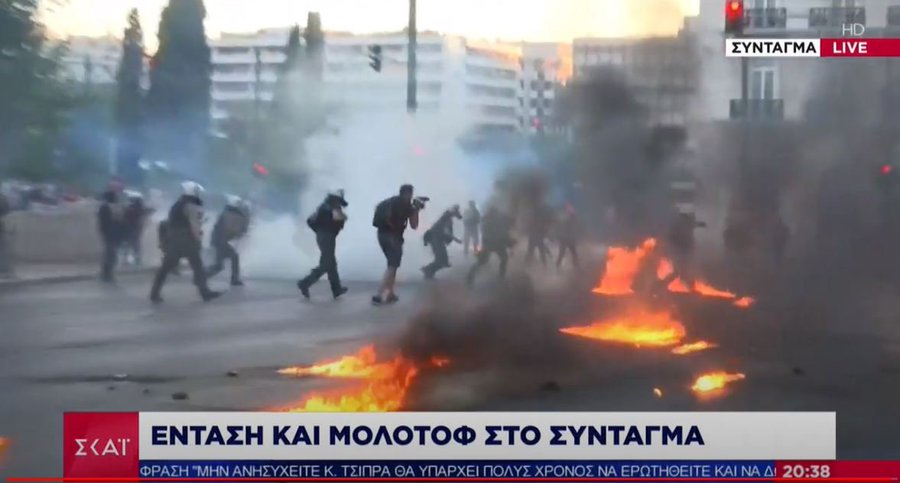 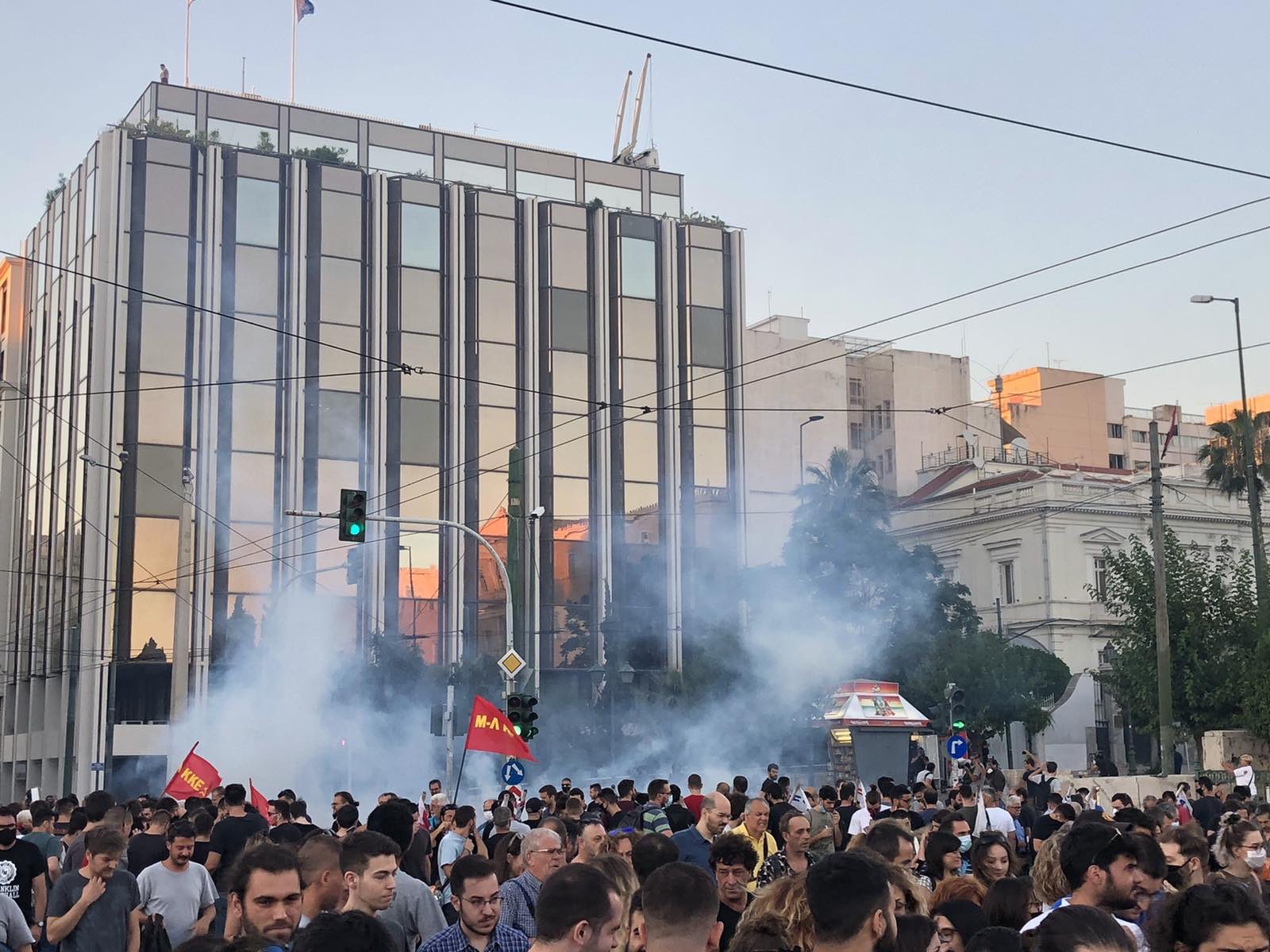 Police kept firing tear gas as if there was not tomorrow. 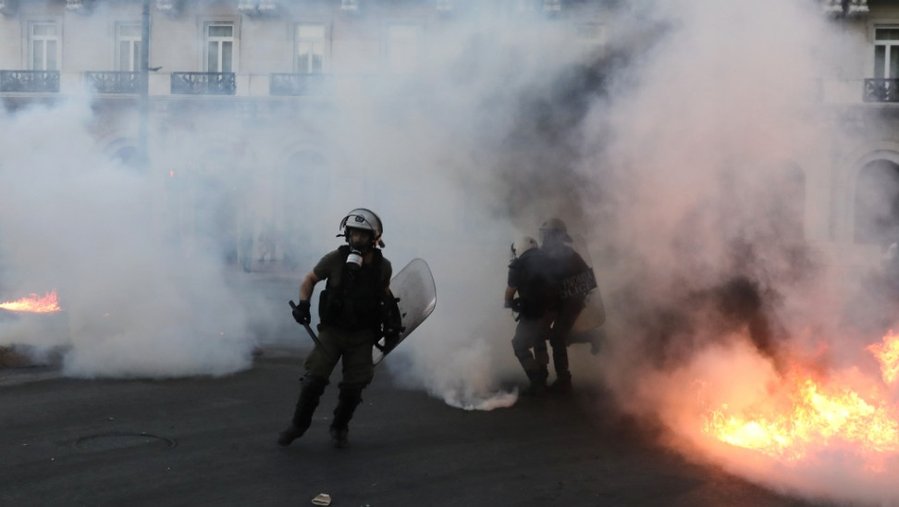 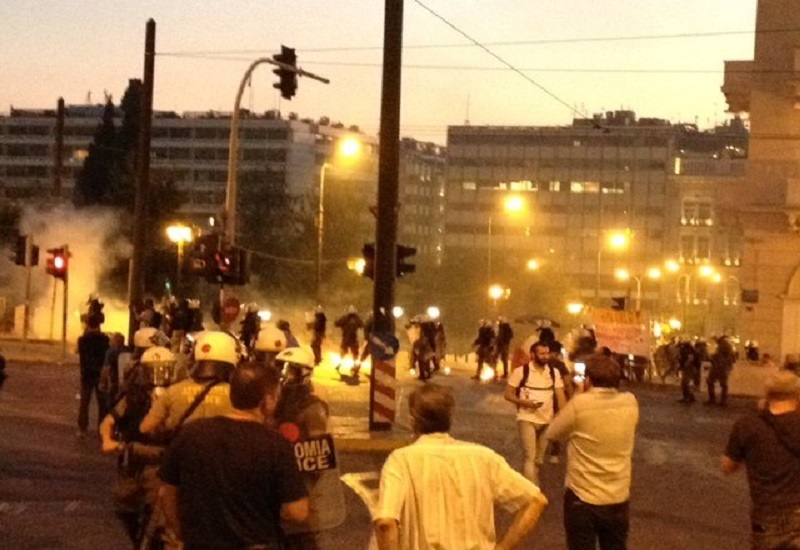 The clashes between a part of protesters and police continued

Amid the clashes and the tension, journalists were confronted by police officers, who shouted at them, ruthlessly demanding for their ID cards and one of police officers pushing a reported of Proto Thema.

At the same time the chaos was “perfect” with endless traffic jams, hundreds of motorists trapped in the center of Athens as main avenues were closed to traffic and the decrease of lanes on Panepistimiou avenue due to the Great Walk Project did not make the situation better.

Minister of Citizen Protection Michalis Chrysochoidis told the Plenary that 9 peopler were arrested, 15 detained and 6 policemen were injured.

However, protesters did not leave and some leftist union staged a music even outside the Parliament, as the bill is being voted tonight.

UPDATE: With 187 votes, Greek MPs put the nails on the coffin of Democracy in the country.

PS How many protesters were injured by police and suffered from tear-gas, we will probably never learn. 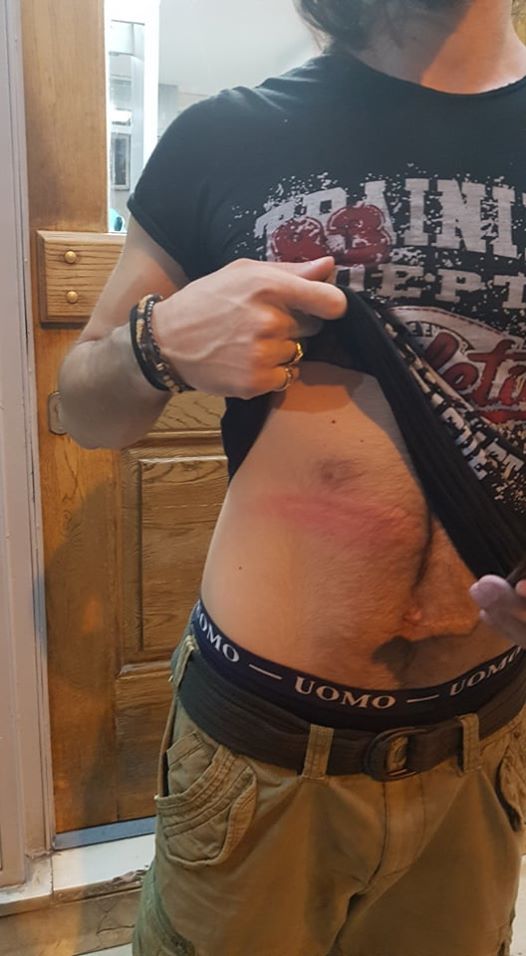