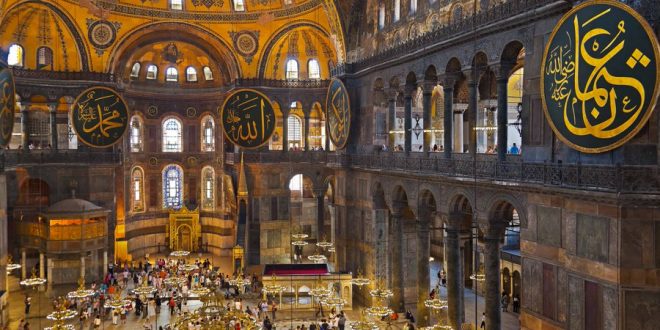 Erdogan signed decree that opens Hagia Sophia as a mosque

Turkish President Recep Tayyip Erdogan did not wait long to convert Hagia Sophia into a mosque. In zero time, he signed the Presidential decree that opens Hagia Sophia for Muslim prayers.

He posted the decree on Twitter less than an hour after the court’s ruling earlier on Friday.

With the decree, Erdogan puts an end to scenarios after the court’s decision that he may bargain with the international community or the UNESCO on the issue before taking the next step and convert the iconic Greek Orthodox Basilica into a mosque.

The function of #HagiaSophia has already been changed from "museum" to "mosque" on Turkey's state museum portal. https://t.co/QccUF5RMbS#AyasofyaCamii #Αγια_Σοφια pic.twitter.com/A4L0VcV8OO