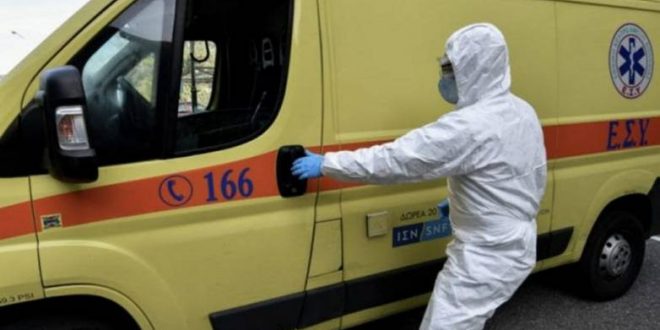 The Greek government is considering to impose new restrictions as coronavirus infections continue to rise with an increase of asymptomatic patients and “unsourced” infections. Prime Minister Kyriakos Mitsotakis has called for an extraordinary meeting with government ministers and health experts on Wednesday afternoon.

Another recommendation is to intensify lockdown in areas where clusters have appeared. There are also thoughts to launch also restrictions to social events like weddings and baptisms.

The government banned again local festivals on Tuesday, and is trying to get under control crowding at beach bars.

With a constant increase of confirmed cases among tourists and the local population, health experts warn that the country is heading towards a 2. wave of the pandemic. What concerns them is the broader spread of the coronavirus in several areas across the country as well as the increase of asymptomatic patients who easily transfer the virus and contaminate others.
Cause of concern is also the constant increase in Attica and Thessaloniki as well as the number of hospitalizations that has doubled from 41 on June 30 to 83 on July 12 and reached 87 on July 14.
According to Epidemiologist and member of the Health Committee at the Health Ministry Marios Lazanas, “things are getting worse” and the situation is similar to the one in March.  Speaking to Skai TV, he noted that the situation has several parameters, mainly due to the tourism, incoming and outcoming.
Lazanas noted that there is a problem with Greeks traveling to North Macedonia and Bulgaria for cheap shopping.
“The government has to limit or even ban such travels,” he underlined and added that measures should be taken also for seasonal workers, mainly from Albania who come to Greece for the fruits picking.
Increasing cases
On Tuesday, health authorities announced 58 new cases with 34 of them to be detected among tourists, and an increase of intubated patients in hospitals ICUs. Of the 13 intubated patients with average age at 58, two of them are in the age range 18-30 and eight in the range 40-64.
Meanwhile, the first coronavirus case has been confirmed on the island of Paros, where a Greek woman with a summer house there was tested positive late on Tuesday. The first case was also located in Grevena in western Macedonia.
Tourism

“We all knew – ourselves and our scientists and experts – that the opening of the borders would bring a partial rise in cases. On the other hand, everyone understands that with public health, medical protocols and respect for human life coming first, the economy and tourism also have to survive,” Health Minister Vassilis Kikilias told Ant1 TV on Tuesday night.

On Wednesday, the first direct flights from UK landed on the islands of Zakynthos and Rhodes. Not all arrivals were tested for Covid-19, state broadcaster ERT TV reported.

A total of 50 UK flights are reportedly scheduled for Wednesday and Thursday.

Greece has announced that direct flights from Sweden will be allowed on July 22 and that is considering to give the green light to flights form third countries such as USA by the end of the month.