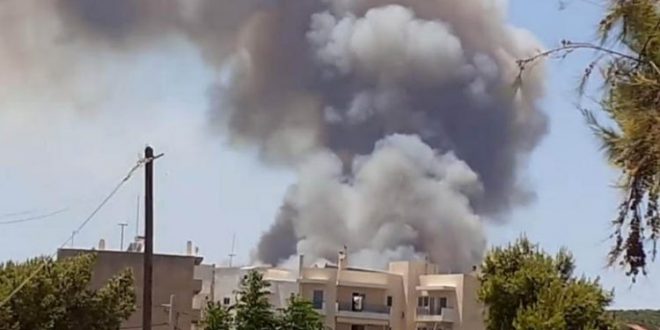 Residents of four settlements and of a refugee camp as well as children from a summer camp were evacuated on Thursday afternoon as the fire in the Lavrio area is raging and the winds are pushing the flames towards the national forest of Sounio. 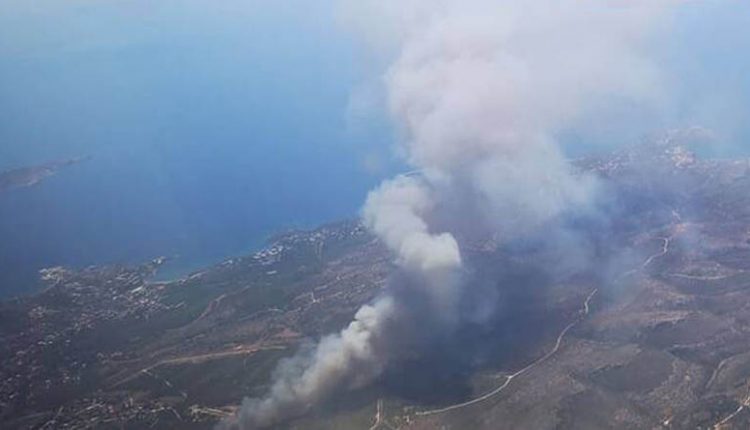 The fire broke out near a pine forest in the Pounta-Zeza area in Lavrio, south-east Attica at noon. 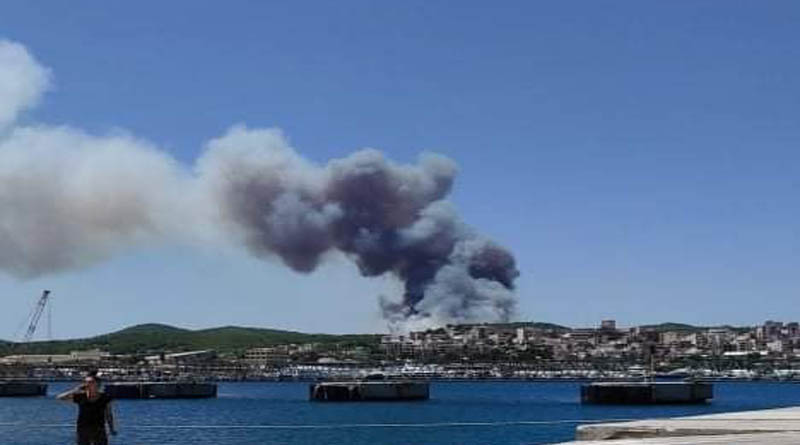 The fire has reportedly started within a facility operated by Hellenic Defense Systems, possibly due to fired. It initially started burning low-vegetation. As the facility is situated with a 350 hectare site of pine forest in the Kamariza location, the strong winds blowing with intensity of up to 7 Beaufort spread the blaze.

The fire brigades were enhanced with additional forces in the afternoon, and there are currently 49 fire-fighters, 19 fire trucks, 2 teams of fire-fighters on the ground, two aircraft and four helicopters operating in the area. 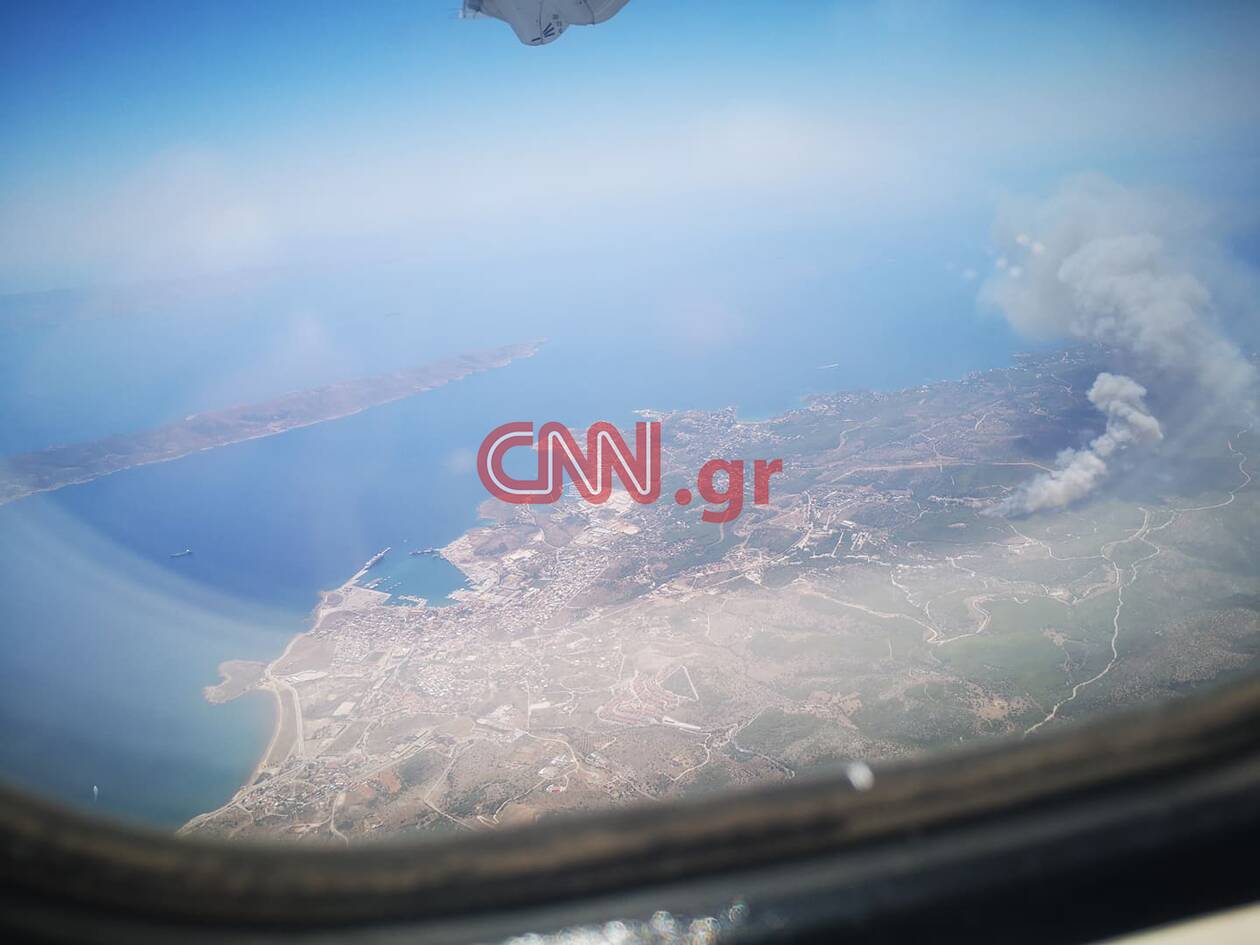 The strong winds increase the risk that the blaze might spread toward the Sounio national forest, Lavreotiki Mayor Dimitris Loukas said. 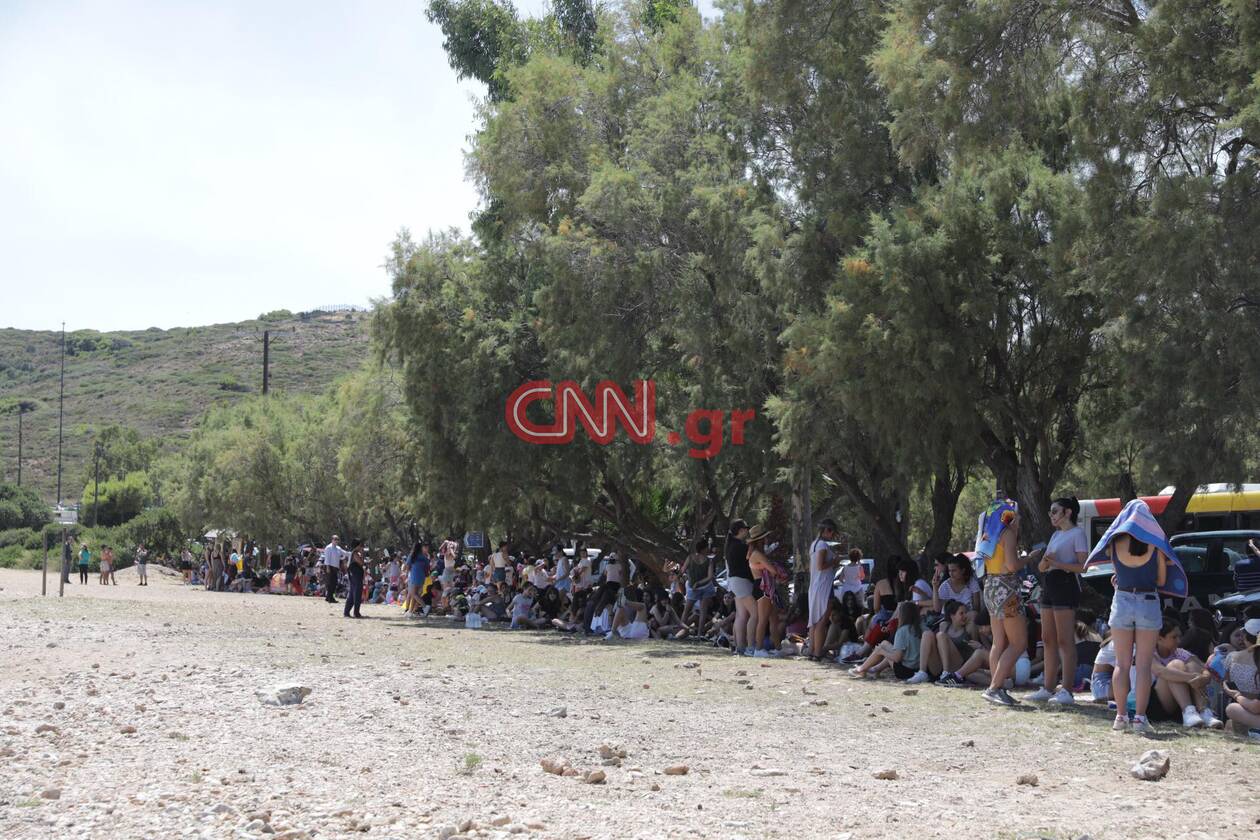 Evacuees at the beach

Following recommendations of the Fire Service, authorities evacuated children at the nearby summer camp Akrogiali and an informal refugee and migrant camp on a site owned by the development ministry, as well as residents of the four settlements, in Agrileza, Kamariza, Agios Gerasimos and Sounio.

The evaluations were for preventive reasons.