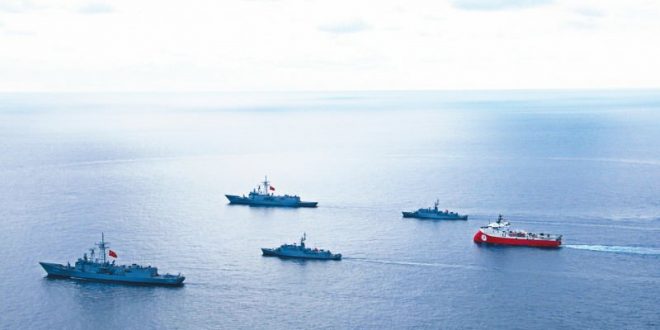 A major escalation between Greece and Turkey is currently under way in the south Aegean Sea, after Turkish seismic survey vessel Oruc Reis entered the area of the Greek continental shelf and dropped survey cables in the water. The vessel is accompanied by two support research vessels and several Turkish warships, as the Turkish Defense Ministry has posted. 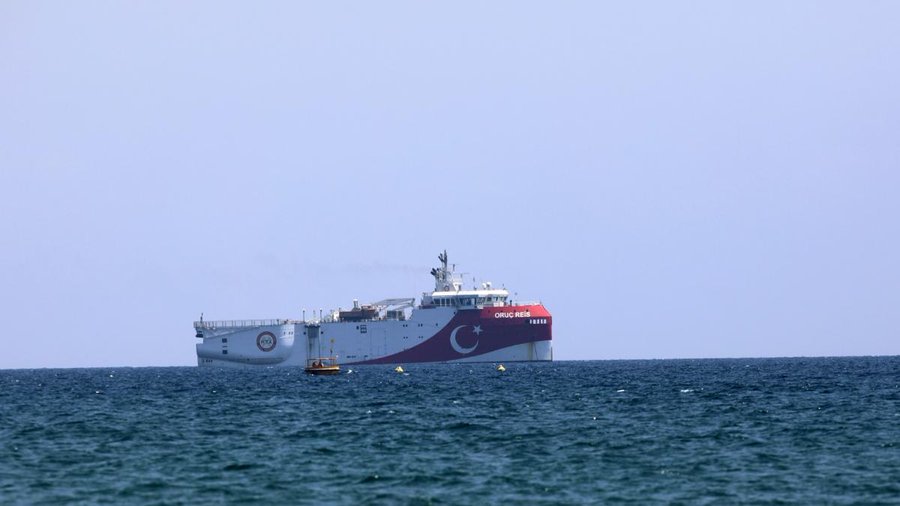 According to Greek media and websites, the Hellenic Navy is closely monitoring the vessel and the warships and has deployed also two AWACS in the area. 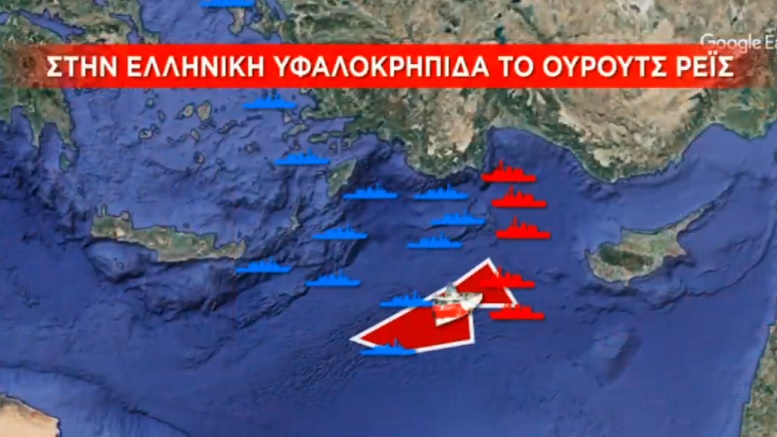 Deployment of Greek and Turkish warships – via skaitv.

The Greek Navy is reportedly broadcasting messages in 15-minute intervals, asking the Oruc Reis to depart the area.

The vessel is reportedly 10 nautical miles in the Greek continental shelf, in its most eastern, near the area where Greece and Egypt demarcated their maritime boundaries.

The Oruc Reis is currently sailing in international waters at a speed of 4 knots. It is some 22 nautical miles within the Greek continental shelf and 91 n.m. south of the Greek island of Kastellorizo. 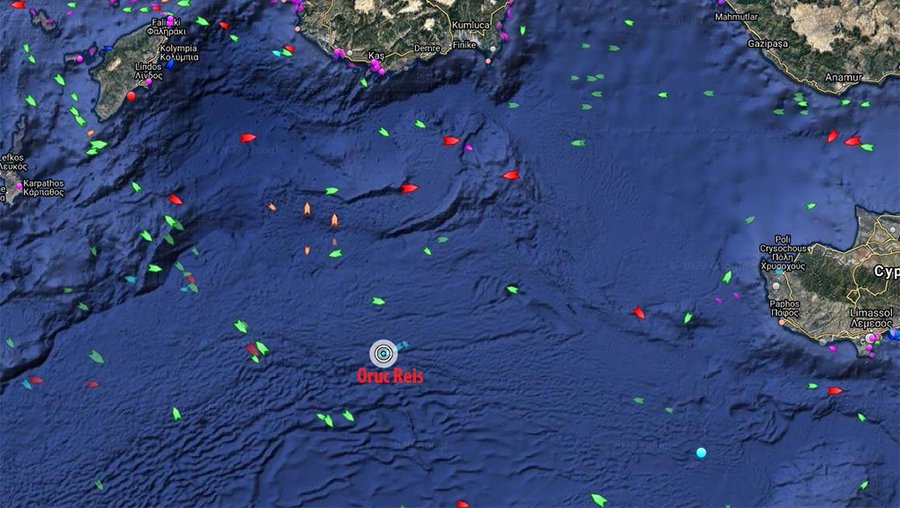 In a second tweet, the Ministry wrote:  “The Turkish Armed Forces have taken all necessary measures in the context of their determination to protect our rights and interests under international law in our areas of maritime jurisdiction.”

Posts on social media claim that Greece has given the Turkish Navy a deadline until 23:00 local time to exit the Greek continental shelf.

It is not know what will happen if the Turkish warships defy the Greek deadline.

The situation between the two NATO-members quickly escalated on Monday morning, after Turkey issued a NAVTEX blocking parts within the Greek continental shelf.

In the afternoon, Prime Minister Kyriakos Mitsotakis called Secretary General Jens Stoltenberg to reiterate the the “policy of equal distances” was no longer acceptable for Athens.

In a tweet, Stoltenberg showed that he doesn’t have any plans in this direction.

I spoke with Greek Prime Minister @kmitsotakis today on the situation in the eastern Mediterranean. The situation must be resolved in a spirit of Allied solidarity and in accordance with international law.

The Us State Department urged Turkey to drop its plans in the area.

Spox @StateDept says "U.S. is aware that Turkey has issued a notification to other ships of survey activity in the Eastern Mediterranean. We urge Turkish authorities to halt any such plans for operations and to avoid steps that raise tensions in the region… 1/3

From the official Greek side what is known, so far, is that PM Mitsotakis will brief the leaders of opposition political parties on the latets development sin the East Mediterranean on Tuesday morning.