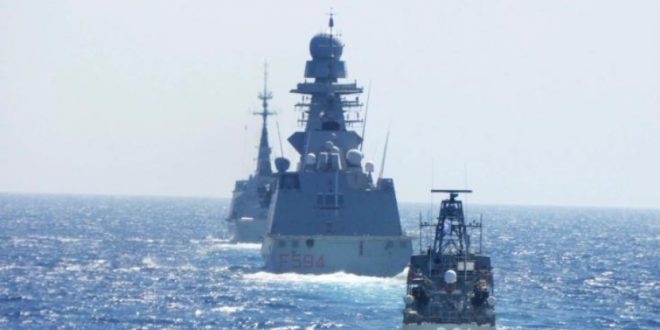 Greece on Monday responded with a counter Navtex inside the Greek continental shelf to the extension of Turkey’s illegal Navtex for the research vessel Oruc Reis.

Citing sources, state-run news agency amna notes that “following the extension of the previous Turkish illegal Navtex issued on August 23 for the extension of Oruc Reis seismic surveys until August 27 at 23:59 (Athens time), Greece will release a Navtex so that its air and naval forces will conduct joint exercises in an area inside the Greek continental shelf in the wider region of southeastern Crete, Karpathos, Rhodes and south of the island of Kastellorizo.”

The Navtex will come into effect from early Tuesday 25 August until late 27 August 2020, the sources added.

Turkey extended its illegal NAVTEX on Sunday evening until August 27, 2020.

At the same time,  a joint aeronautical with the United Arab Emirates is due. UAE technicians have already arrived at the naval base in Souda, Crete, while the four F-16s that will participate in the exercise planned by the Greek General Staff will arrive on Monday.

The exercise will take place South, West and East of Crete, even in areas of the Turkish-Libyan memorandum south of Crete. The aircraft of the UAE and Greece and Greek frigates will carry out joint exercise scenarios that will last several days.