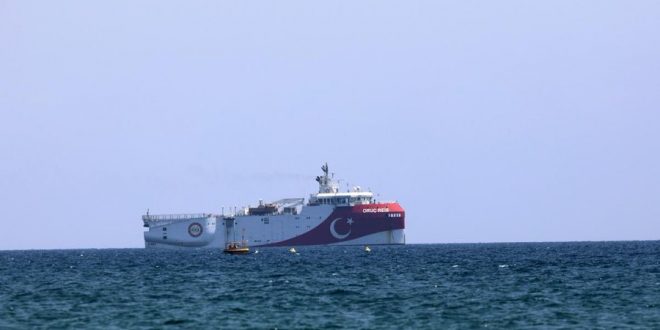 Turkey slammed the MED7 Declaration of Ajaccio on Friday, saying the comments were biased and “detached from reality.” In a statement the Foreign Ministry said that Ankara was still open to unconditional talks with Greece. It claimed that “Turkey was a victim of Greece.”

The statement said that Greece needed to “unconditionally sit at the negotiating table with Turkey” in order to achieve dialogue and cooperation in the region. Further, it said that Athens needed to withdraw its military ships from around the Turkish seismic vessel Oruc Reis in order to de-escalate tensions.

The statement also sets other, unbelievable terms. Reiterating that “Turkey is the country with the largest coastline in the Eastern Mediterranean,” The Foreign Ministry calls on “Greece to stop militarizing the islands of the Eastern Aegean, including Kastelorizo,” and to end the growing pressure on the “Turkish minority” – as it calls the “Muslim minority” – in  Western Thrace.

Addressing the countries that support Greece, Ankara’s statement notes “When solidarity is right, it is done with the right[fful?]. There is no solidarity with the unjust. ”

In a joint statement on Thursday, the seven EU Mediterranean states said the bloc will draw up a list of new sanctions on Turkey at the EU Summit at the end of September unless Ankara negotiates to resolve the dispute with Greece and Cyprus.