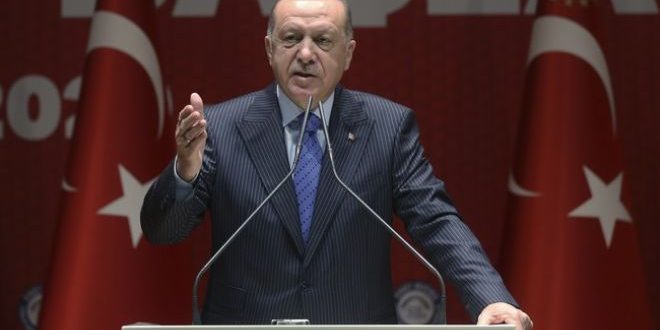 Cyprus defied mounting pressure on Thursday to approve European Union sanctions on Belarus ahead of a summit, urging fellow EU governments to also sanction Turkey over its oil and gas drilling in the Mediterranean.

Meeting in Brussels for a two-day summit from 1400 GMT, leaders are set to confront Cyprus, one the EU’s smallest members, which is accused of holding up approval of economic sanctions on Belarus. The sanctions plan follows an election in August that the West and the opposition say was rigged.

While Britain and Canada have gone ahead with punitive measures on Minsk to show support for pro-democracy protests, the impasse in the 27-country EU, where decisions are taken by unanimity, has cost the bloc credibility, diplomats said.

Draft conclusions prepared for the summit said EU leaders condemned unacceptable violence against peaceful protesters in Belarus and did not recognise the election results. It added that “restrictive measures” should be imposed without delay.

In a message marking Cyprus’ 60th anniversary of independence from Britain on Thursday, Cypriot President Nicos Anastasiades was defiant, accusing Turkey of “gunboat diplomacy” and violating its maritime shelf in a search for hydrocarbons.

“What I expect from the European Council summit is a more concrete and effective stance, to end this gunboat diplomacy,” he said ahead of the EU gathering, where Cyprus wants the EU to approve sanctions on Turkish drilling ships.

Turkish President Tayyip Erdogan meanwhile sent a letter to all EU leaders except Greece and Cyprus, lobbying for the bloc to treat Ankara fairly and blaming Athens and Nicosia for the tensions in the contested waters of the Mediterranean.

The draft summit conclusions had no agreed line on Turkey, as Germany does not want to disrupt separate talks between Ankara and Athens, also over oil and gas drilling, by imposing EU sanctions.

EU’s unanimity rule in foreign policy and its strained relationship with Turkey have raised questions about the EU’s ability to exert influence internationally.

Turkey, both an EU candidate country and NATO member, has slid towards authoritarianism under Erdogan but remains a strategically-located partner that the EU cannot ignore.

EU diplomats say a solution could involve a promise to Cyprus for tough sanctions on Turkey in the future. [full story via Reuters]