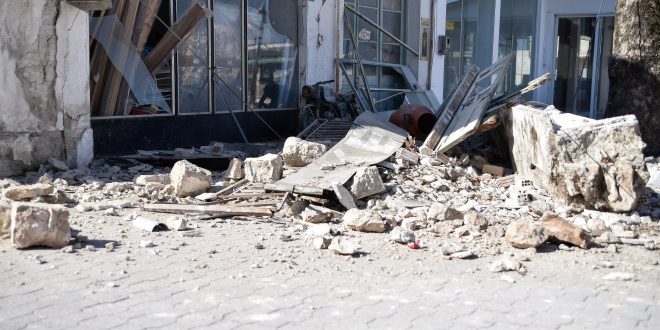 A powerful earthquake struck with 6.7 Richter the island of Samos in the eastern Aegean Sea short before 2 o’ clock Friday noon. “There will be a tsunami warning by the Civil Protection,” Efthimios Lekkas, head of the Greek Earthquake Planning & Protection agency told Skai TV.

Locals report that the sea swell and swept away parked cars and motorcycles.

According to preliminary reports people on the island have run to the streets, there is power outage and some old buildings have collapsed.

Several buildings have been damaged. There are no preliminary reports of injuries or fatalities.

The epicenter was in the sea area 19 km North-West of Samos and had a focal depth of just 5 km. the EuroMed Institute estimated the earthquake at 6.9R.

The tremor was long and felt also in the broader area including all islands, Crete and particularly in Greek capital in Athens, some 500 km away! 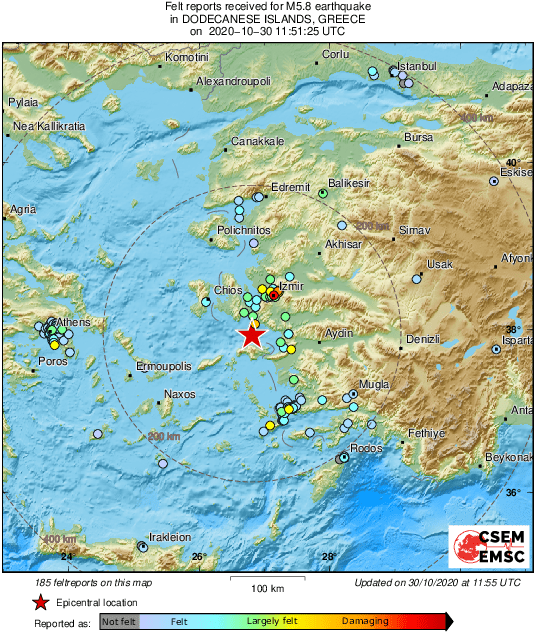 Personal experience while in Athens: I was standing in the living room when the earthquake occurred. My legs started to shake, furniture moved left to right… It was a particularly long swaying, some 10 seconds, a slight break and then again for another 5-6 seconds. it seemed as if it would never end.

What it was interesting is that there was no sound, the usual sound accompanying an earthquake of such magnitude.

Earthquake brings down buildings in Turkey

llapsed in Izmir on the west coast of Turkey, there are fear of fatalities! 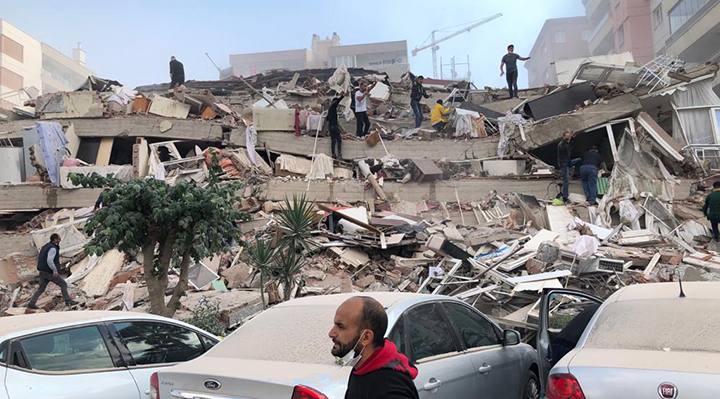 The mayor of Western Samos Alexandros Lymperis told Open TV that “the wall of a school has collapsed, there are damages in several buildings.”

Some pedestrians were injured when debris fell during the earthquake.

Emergency message “stay away from buildings and the waterfront” was sent to Samos residents via <112> by the Civil Protection.

Four people have been injured and in the island’s hospital. One woman in serious condition after a wall collapsed over her.

Prime Minister Kyriakos Mitsotaks has postponed his address to the nation where he was expecting to announce new measures against the spread of the coronavirus. The televised message was scheduled for 5 pm Friday but cancelled due to the earthquake. 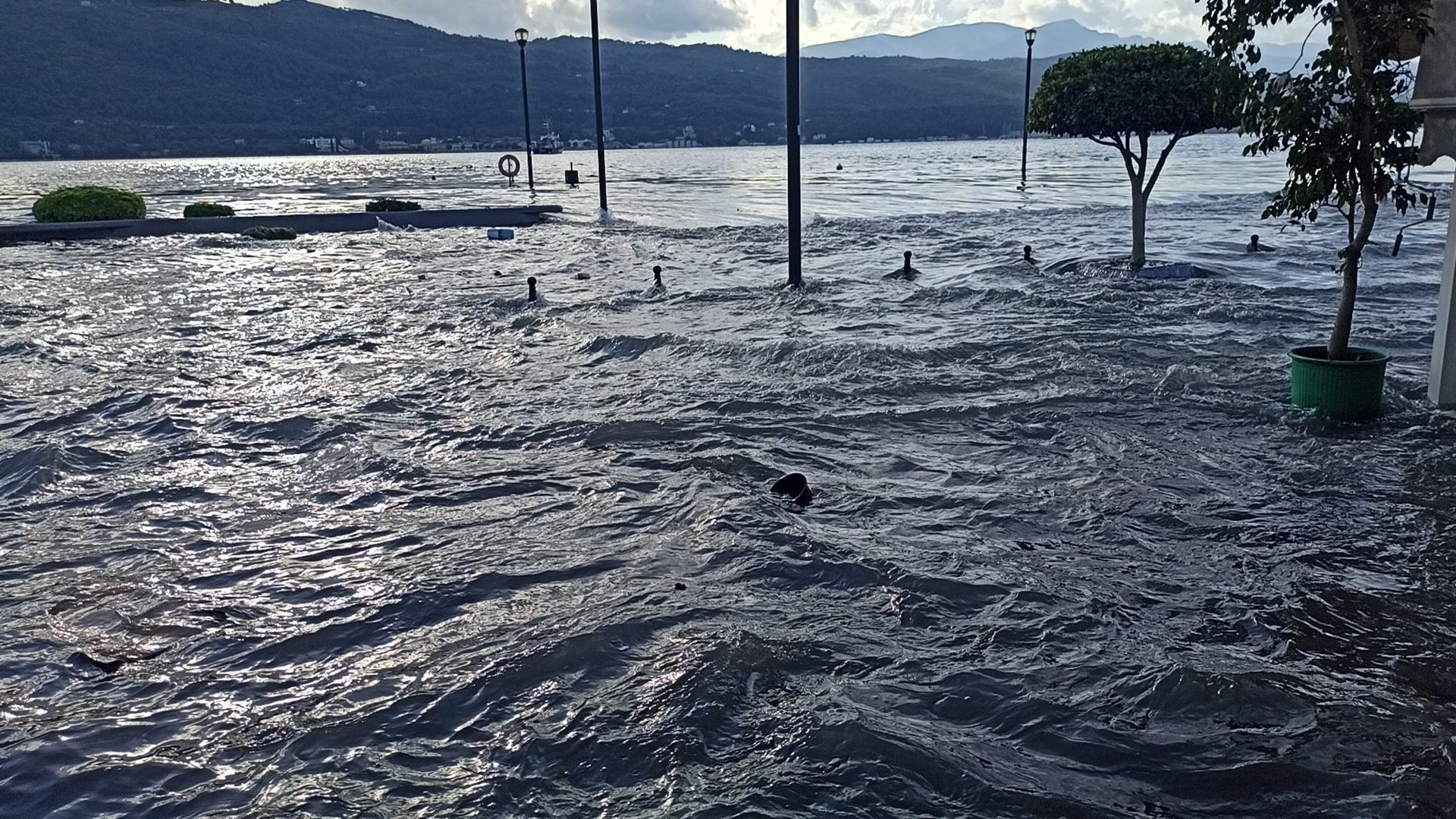 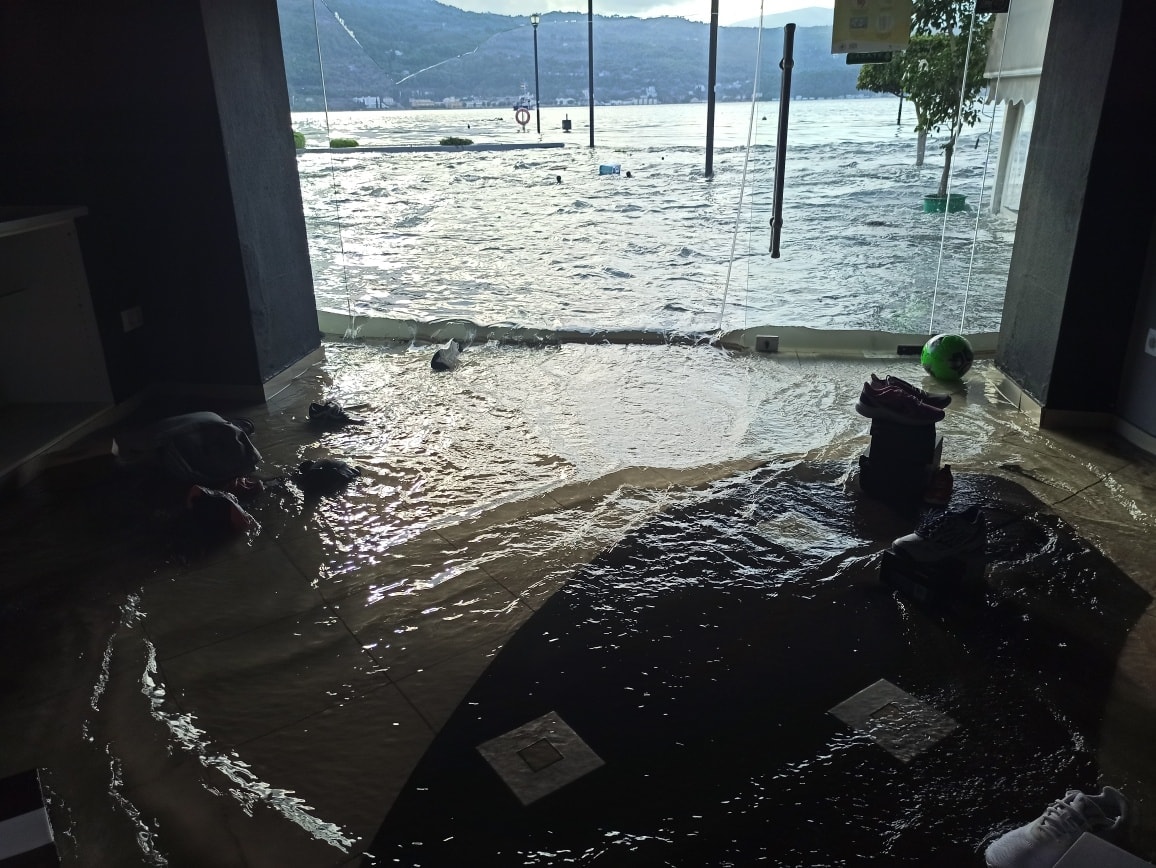 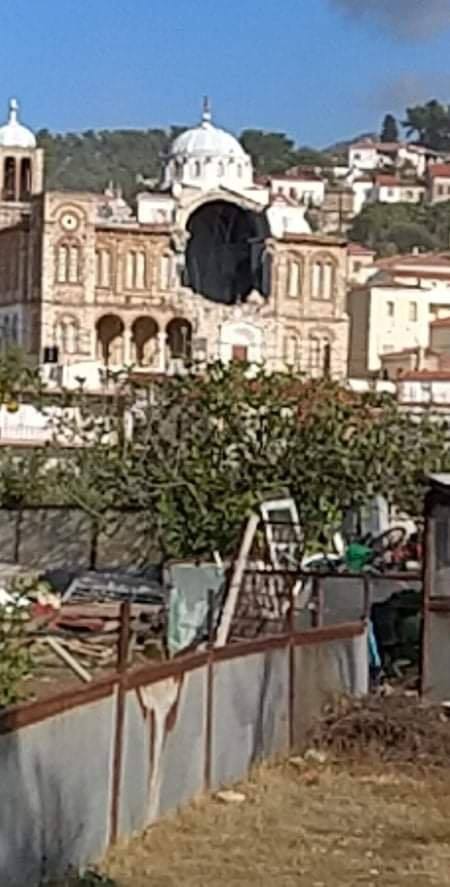 The emblematic church of Panagia Theotokos in Karlovasi damaged by the earthquake. 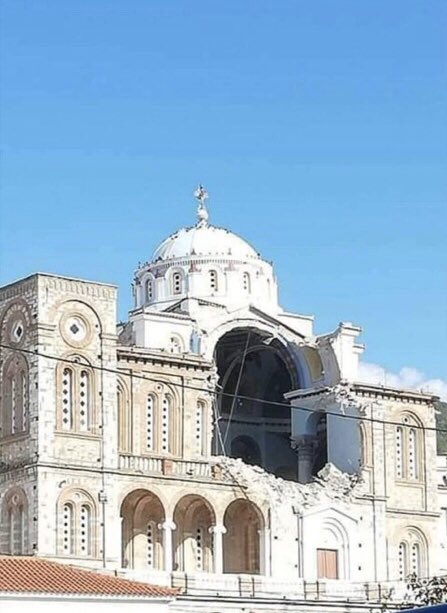 Greek seismologist say they expect a major aftershock in the next 48 hours.

Things in neighboring Turkey currently seem to be worse as a total of 6 multi-storey buildings have collapsed. Turkish media report of “40 people trapped” in one building alone.

the Samos earthquake filmed in …Athens

Buildings collapse in Izmir, Turkey, at the time of the earthquake. 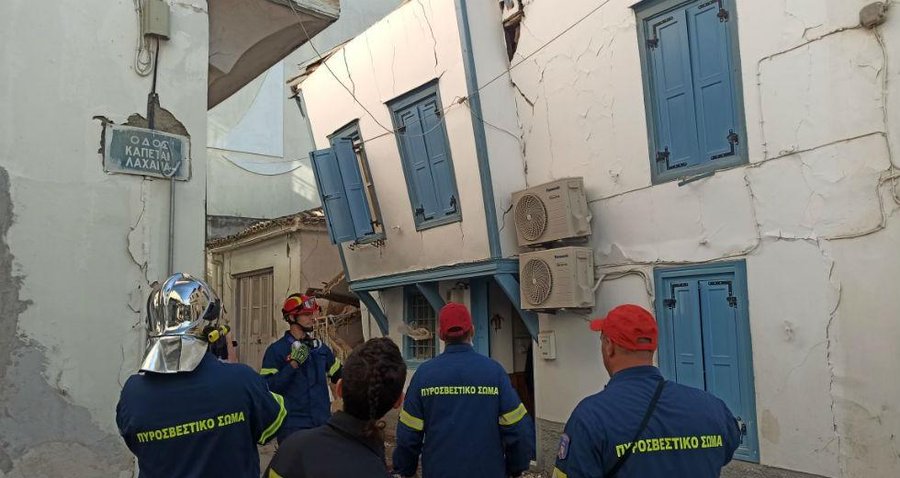 Two hours after the powerful 6.7 R earthquake and Samos seems to have “survived” with 8 injuries and extensive material damage especially in old houses and buildings. 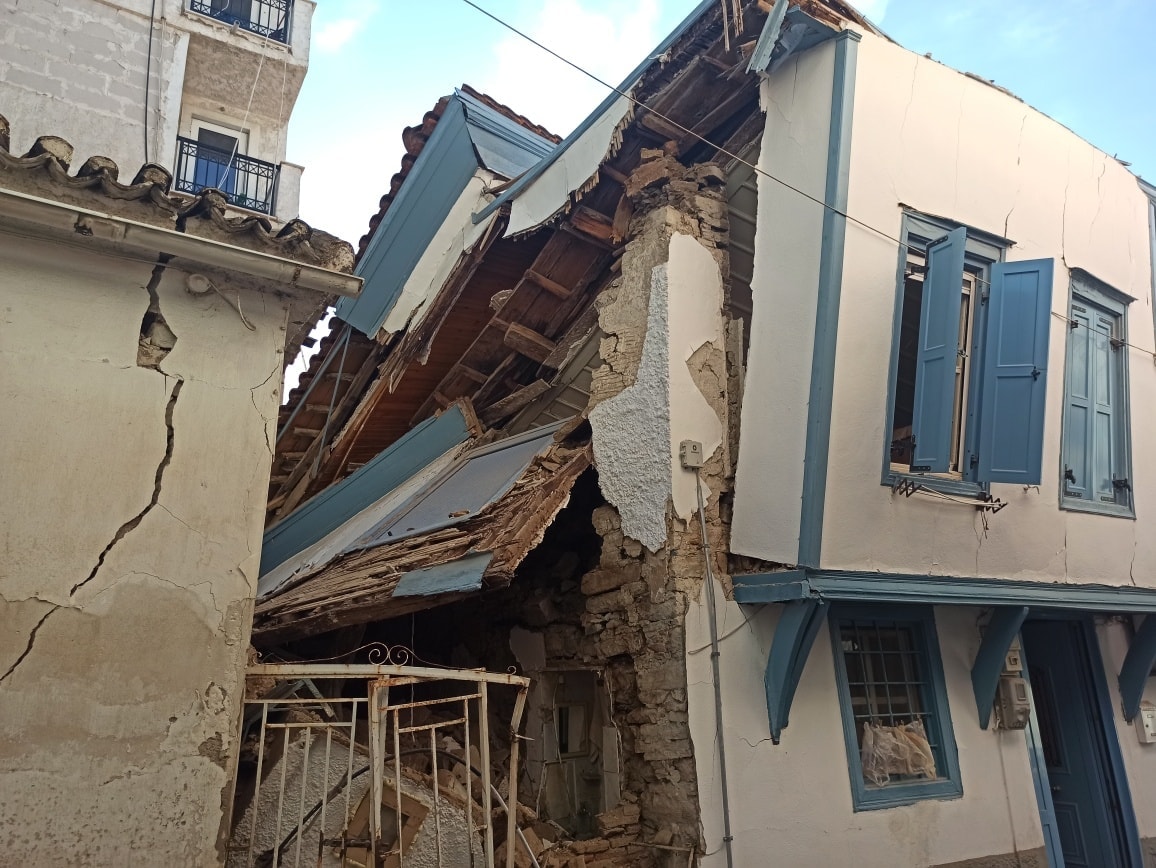 So far there have been no calls to rescue people trapped in debris.

On the contrary in Turkey the situation is tragic with 4 dead and over 100 injured. 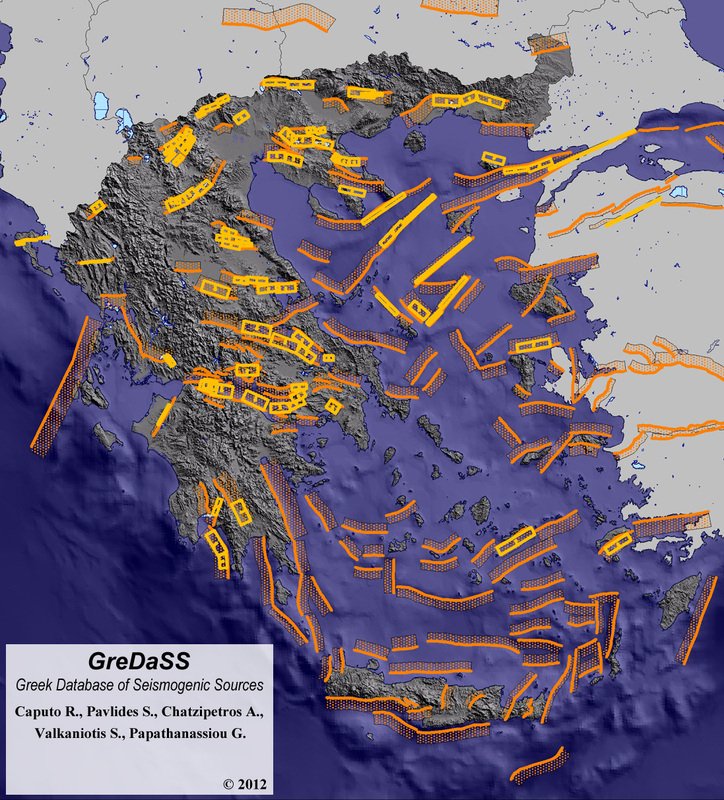 Faultlines in the Agean Sea.

🔴BREAKING NEWS: There has been a major #tsunami in the province of #Izmir, #Turkey, the tsunami is also affecting #Greece, this due to the #earthquake of magnitude Mww=7.0, which shook the Aegean Sea.#EQVT,#σεισμός,#seismós,#deprem,#terremoto,#temblor,#sismo,#τσουνάμι. pic.twitter.com/k4rPJbvOGI

Accorodng to latest information some 30 buildings have collapsed in Izmir. Mostly residential buildings. 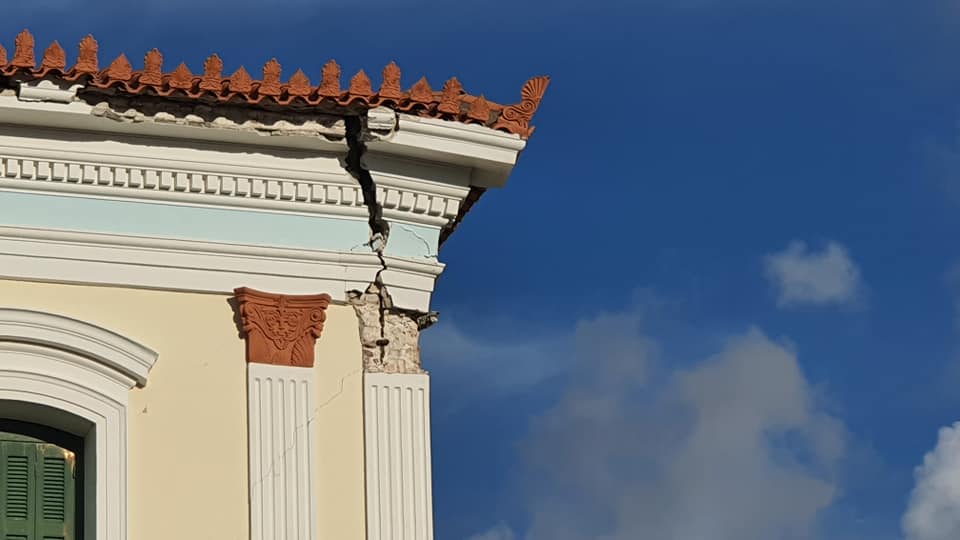 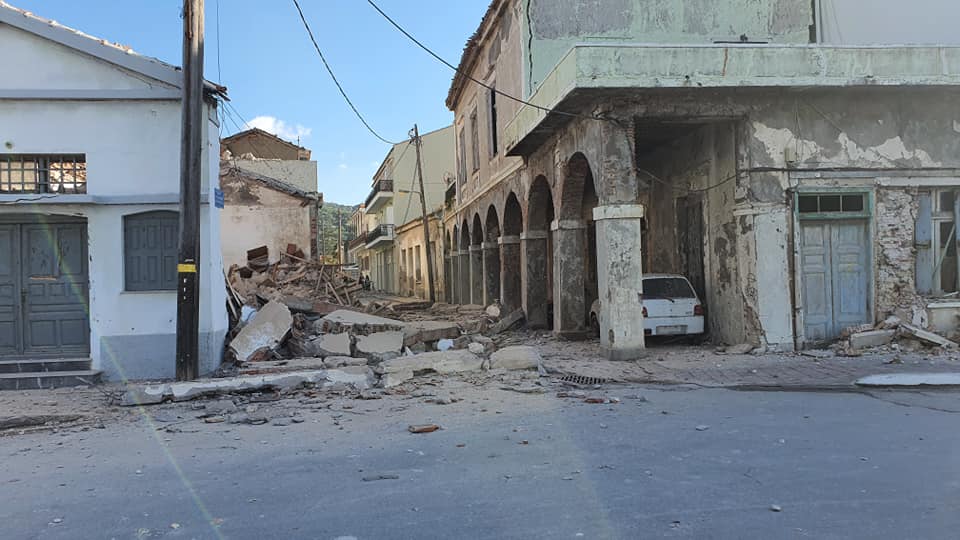 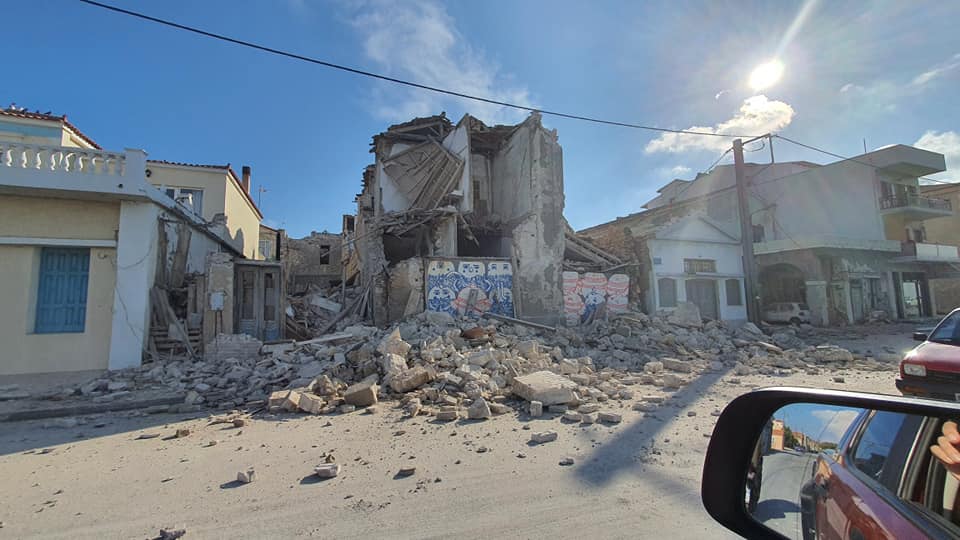 Following the #earthquake that hit Samos & Izmir, FM @NikosDendias reached out to his Turkish counterpart @MevlutCavusoglu expressing #Greece's readiness to immediately send to Turkey members of the disaster relief unit, in order to help in extracting people trapped in buildings https://t.co/0RmxaKdjiH

Authorities still warn residents of Samos to stay away from bu8ildings and from the waterfronts.

In a post on Twitter, Prime Minister Kyriakos Mitsotakis said that he is closely monitoring the situation and that his announcement for the “one-month action plan” against the coronavirus is now scheduled for Saturday morning.

When the PM whistles “end of disaster” KTG understands there is nothing mor eto report on a Live Blogging.

The bodies of 2 high-school children have been recovered from the debris in Vathi, Samos.

According to state broadcaster ERT TV, the two students have been recovered without their senses. They were under the debris of an old house wall that collapsed during the earthquake.

According to latest information, one is dead, doctors struggle to bring back to life the second child. More on this tragedy in a separate post later.

Thank you for following KTG’s Live Blogging form the earthquake on Samos and in Izmir.