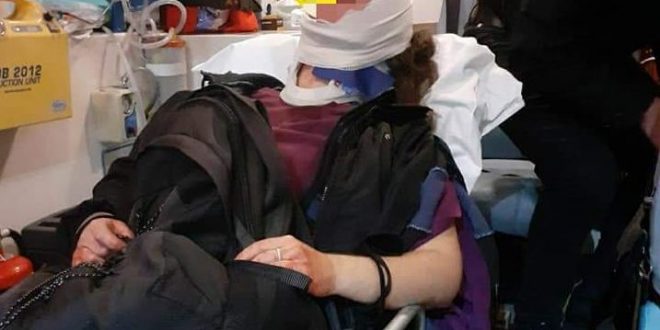 Greek Police admitted on Monday that it fired teargas in an area where children and families were hanging around in a neighborhood of Galatsi suburb of Athens on Sunday. Following persistent denouncements on social media since Sunday afternoon that a “5-year-old child was beaten by riot police,” the Police was obliged to take position on the issue.

“Riot police did not beat the 5-year-old in a cafe in Galatsi, the child had a problem in the throat from the tear gas” police sources told media on Monday.

According to the sources, the boy, his twin brother and their grandmother were in the area where a riot police operation against a protest by anti-authoritarians was taking place.

The boy suffered a sore throat due to the tear gas, the sources said. They added that the grandmother contacted the police 1.5 hour after the police operation telling them that she had also contacted a pediatrician who advised her what to do.

On Sunday, riot police squads were reportedly monitoring a group of anti-authoritarians who had planned a  counter-gathering to a gathering by neo-nazi Golden Dawn supporters.

At some point riot police went against the anti-authoritarians, chased them to a cafe, where couples, families with kids including the granny and the 5-year-old twins were enjoying a relaxed sunny Sunday afternoon.

The angry riot policemen who saw only “state enemies” around fired teargas, had their batons fall on bodies, shout at the horrified civilians and even insulted and scaremongered the owner of the cafeteria.

On social media, users reported from scenes where a mother run with her child to hide in the cafe WC, while a father grabbed and held his child high shouting “this is my child!” 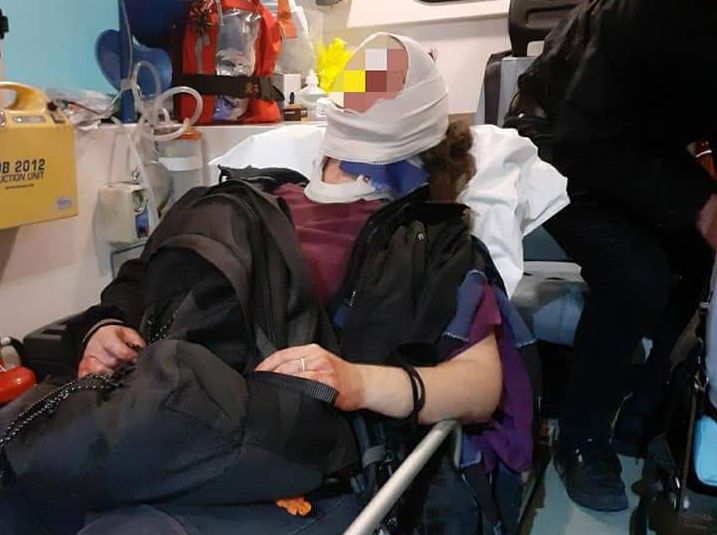 Following the operation, a picture of a citizen injured on the head was uploaded on the internet.

Several anti-authoritarians were injured and taken to hospitals, followed by riot police waiting for them to received medical treatment before arresting them. A total of 14 people have been reportedly were arrested.

The police said further that the “protesters” refused to withdraw and some of them moved “threatening” against the police squads “conducting attack against” the police with wooden sticks, tables and chairs from a cafe nearby.”

Residents and workers around the St Andreas Square in Galatsi dismissed the police claims telling media that riot police attacked the protesters without being previously provoked, fired tear gas in the pedestrian zone and inside the cafes, overturning tables and beating the protesters.

On Twitter, the hashtag #Χρυσοχοιδη_παραιτησου, demanding the resignation of Minister of Citizen Protection Michalis Chrysochoidis is trending for still hours after the unprecedented incident where riot police fires tearsgas at families. 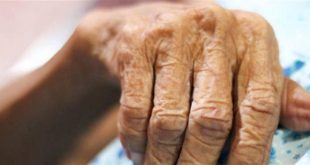 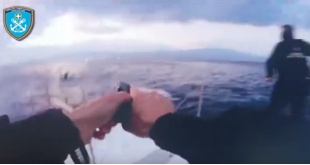 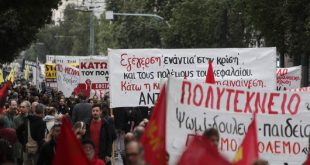