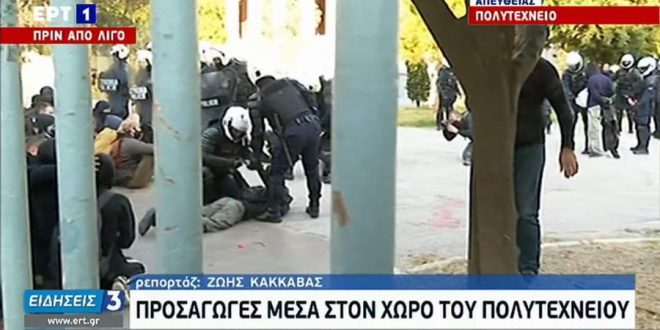 Dozens detained ahead of Polytechnic Students’ Uprising anniversary on Nov 17

Greek Police took a total of 92 people for questioning at the Police Directorate in Athens on Friday ahead of the celebrations for the anniversary of the students Uprising that are banned this year due to the coronavirus.

68 mostly probably students were taken from the Polytechnic School in downtown Athens and another 24 from the campus in Zougrafou suburb. 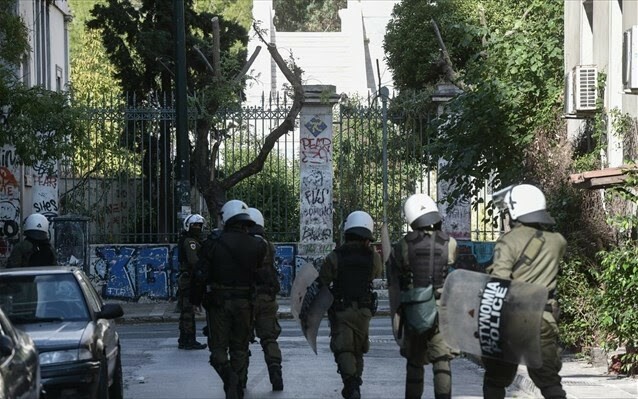 Riot police squads first surrounded the two facilities and then entered inside forcing the students to sit next to each other. 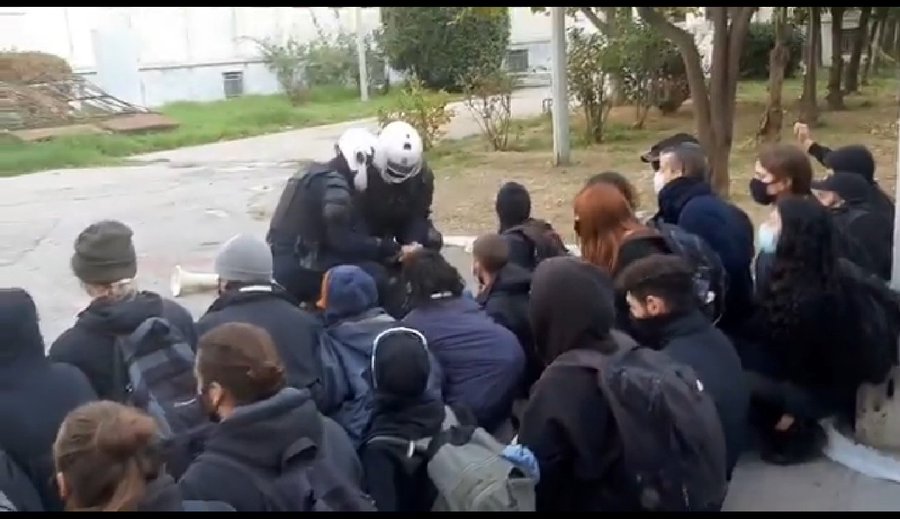 Hours later, one of the detained posted on social media that he was released and that a fine of 300 euros was imposed for “unnecessary movement.” The man wrote that he had two exit permits one for “purchases” and one for “assistance for a person in need.”

The man was probably one of the Athenians who responded to the students’ call for food and other items via social media. Some of those who bought food were brought to police as well.

Some government supportive mainstream media claimed that the detained are “anarchists” and that “they incited citizens to violate the lockdown restrictions.”

According to newspaper efsyn, dozens are still at the police headquarters awaiting for an indictment expected to be issued with the main charge “violation of measures for the protection of the public health, ie for Covid-19,

Citing the Legal Aid Team, efsyn notes that dozens are stacked in the same space without any protection measures, at the time they are being charged for this very reason. The space is reportedly not even adequately ventilated.

A solidarity gathering with those detianed was staged outside the police HQ.

Police kept detaining people at Exarchia Square – a few kilometers away form Police HQ even after a solidarity gathering was over.

The government is determined to not allow any of the traditional celebrations how much more a commemoration rally to the US embassy.

The ban has caused a heated debate between the government and some opposition parties. Varoufakis’ MeRA25 warned that nothing will stop them. Communist KKE accused the government of taking advantage of the pandemic to silence people.

Citizen Protection Minister Michalis Chrisochoidis on Friday made a plea to political parties and citizens to abide with a ban of the traditional march at the anniversary of the students’ uprising against the colonels’ junta on 17. November 1973.

Police will strictly implement the law everywhere, he warned.

“We are experiencing the most difficult ordeal after the war… The march for the Polytechnic will not be held, in the same way that there was no parade on October 28 or on March 25 and Easter was not celebrated; there will be no exceptions,” Chrisochoidis said, adding that the ban was “an act of fairness and equal treatment with respect to the other anniversaries.”

“Streets and demonstrations spread the virus and breed disease,” underlined Chrisochoidis, adding: “It is not a time for confrontations when the cases are multiplying. It is not a time to put on shows for petty political gain while putting human lives at risk.”

Commemoration festivities normally are held for three days with a big rally to the US Embassy on November 17.

PS Indicative of the government attitude towards the pandemic is that instead of recruiting the much needed doctors, the Ministry for Citizen Protections announced on Thursday the opening of 1,500 vacancies for special guards, that is police officers.