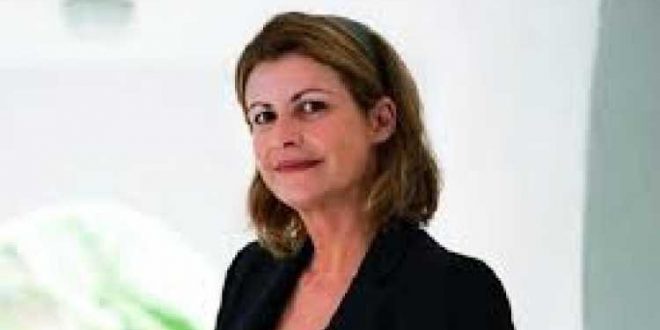 Evert commented on social media under a picture of KKE members outside the US Embassy to commemorate the Polytechnic School Students’ Uprising on 17. November 1973: 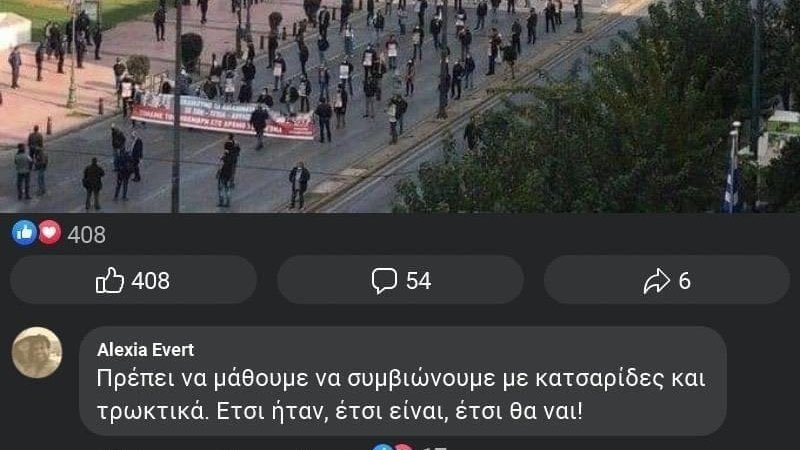 Evert’s comment with terms commonly used by the Nazis to dehumanize Jews was met with strongest reactions on social media.

Asking her resignation, Bakoyiannis reportedly said in a statement that he respects her, however, the issue “was not personal but political.”

“With the KKE we are separated by an ideological abyss and its mobilization yesterday, at a time when the pandemic is sweeping across the country and the health system is being tested, it was an unacceptable act of political irresponsibility and as such it was treated by the vast majority of society.

In a democracy, however, no matter how much we disagree, we must coexist. Especially when we are all called together to overcome a pandemic. Of course, contradictions, even political conflicts, are not only necessary but also legitimate. But they are carried out, as hard as necessary, on programs, positions and ideas. In this context, there are descriptions that do not fit into the political perception of this municipal authority,” the statement said among others.

Evert, who was responsible for Social Solidarity, has reportedly also asked to resign from her position as elected member of the City Council.

Many hailed Bakoyiannis for his decision.