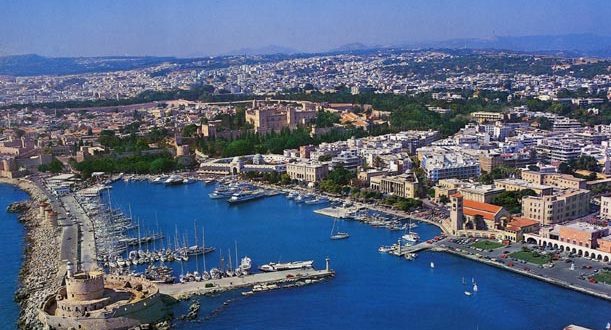 Two men arrested on Rhodes, charged with espionage in favor of Turkey

December 13, 2020 FEATURED, Turkey-GR Comments Off on Two men arrested on Rhodes, charged with espionage in favor of Turkey 2,030 Views

Greek authorities have arrested two Greek men and charged them with espionage in favor of Turkey. They are accused of videotaping and taking pictures of warships and high- security installations such as military bases.

The cook was passing the information and the footage he collected to the Consulate Secretary, media report.

Both men, the 56-year-old cook and the 35-year-old secretary, are reportedly Greek Muslims from Thrace, north-eastern Greece, that has a Muslim minority but part of it claims it is “Turkish minority.”

Their arrest became known on Saturday evening and it came after many months of investigation conducted by the National Intelligence Service (EYP) and the Security Sub-Devision Department on Rhodes.

The EYP reportedly launched the investigation when it received information that the 35-year-old Greek Muslim from Rodopi, an employee of the Turkish consulate on Rhodes, had expressed views favoring a “independence of Thrace” and the existence of a so-called Muslim minority in north of our country.

According to latest media information, the cook has confessed that he took photos of Greek warships, which had been deployed in the region last summer due to the tension with Turkey, but also of military camps and handed the material over to the secretary. He was also asked to inform him about the number of the military ships passing through the area, times of the military guard change on Kastellorizo as well as to eavesdrop talks between military personnel on board of the ship he worked and to take pictures of them..

The two men were meeting in cafeterias on the island. The cook claims that he did not receive any money for his services but he did it “after the secretary convinced him that it was their duty to help Turkey.”

The cooks reportedly handed out the information from August until November.

Authorities found in the cook’s home two laptops and four “locked” USBs that have been sent to forensic laboratories of the Greek Police for further investigation.

Investigated are also the secretary’s telephone and internet communication as authorities want to see if he had also recruited other people, establishing an espionage network.

The 35-year-old secretary has reportedly given a deadline to testify, while the cook has been set free.