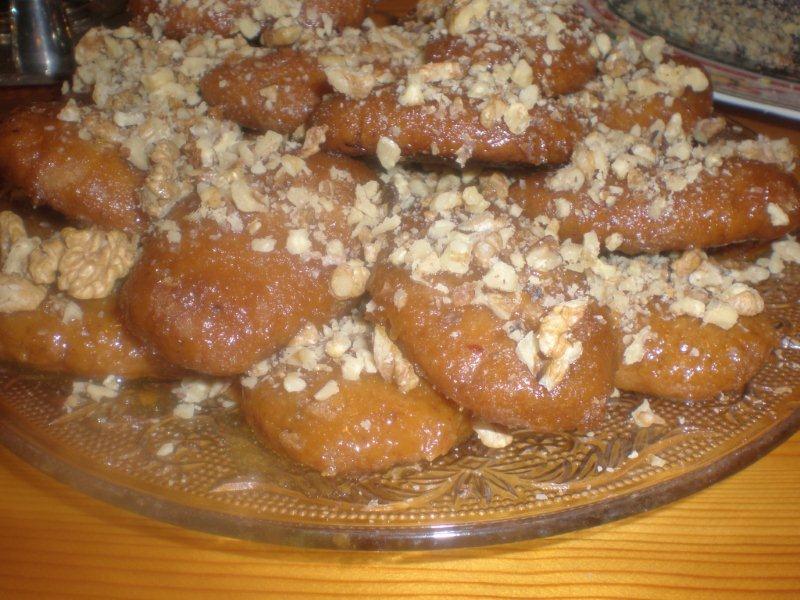 My Perfect Greek Melomakarona: mellow sweet bites full of Christmas aromas soaked in light honey syrup. Cinnamon, cloves, orange and cognac, sprinkled with crushed walnuts. There is no festive days without a plate full of these sweets on the table.

The original recipe comes from my mother and she had it from her own mother. The family, Greeks from Asia Minor, the old and younger ladies in the household and all my aunts used to called them “Finikia.”

The recipe is below is for 50 pieces. My mom’s original would produce 100 pieces and as we were quite some people in the household, she would often do one and a half recipe, sometimes even two. That’s right, she, my grandma and my great-grandma would spend the whole day with the melomakarona and the sweet fragrance of cinnamon, cloves, orange ( probably cognac as well…) would fill the house for days.

How to get half a tea or tablespoon of cinnamon or anything…. 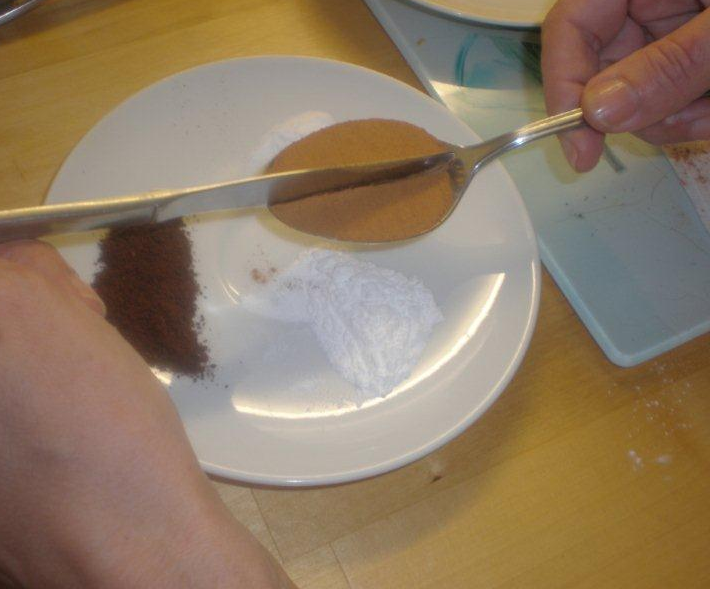 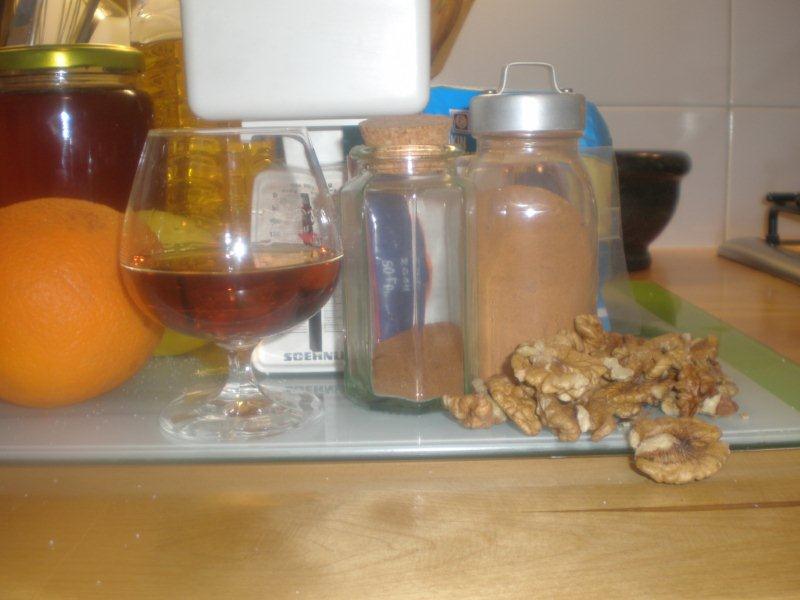 It is important to have all ingredients ready at your side, it saves time and nerves. 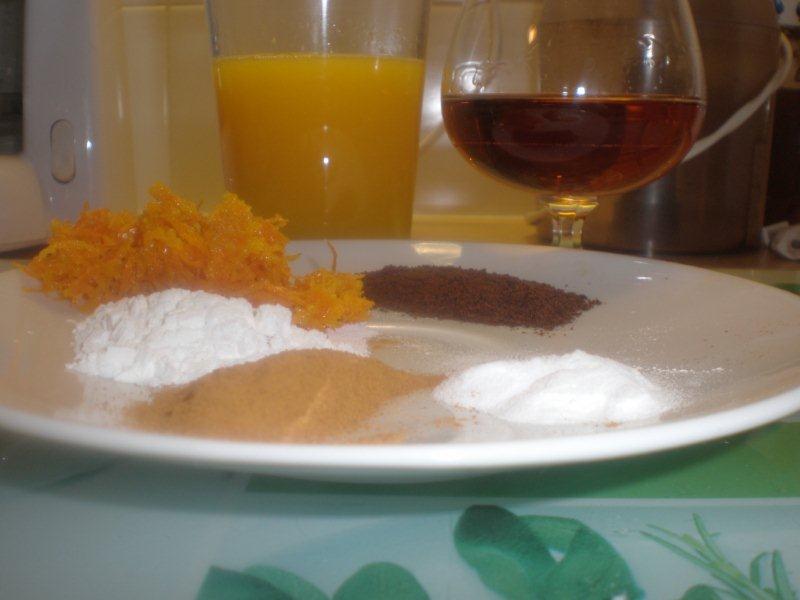 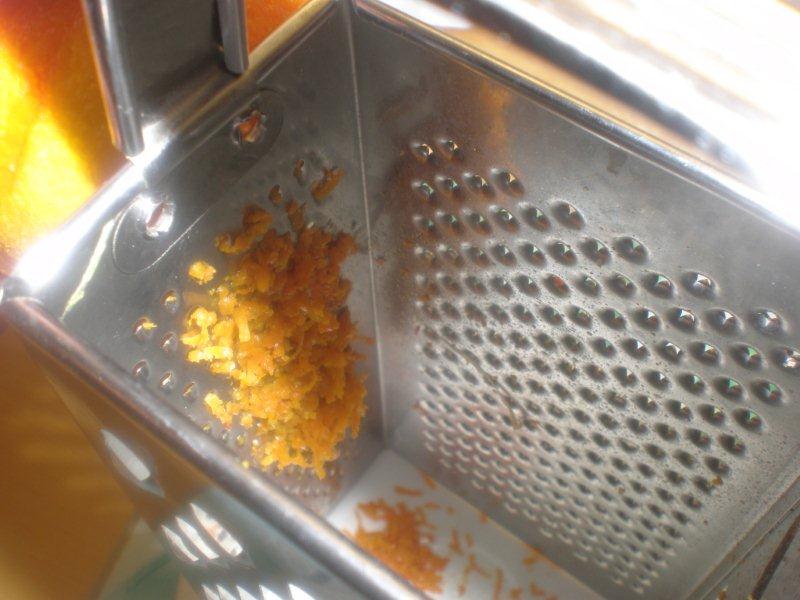 So start with measuring the ingredients, press the orange juice and grade the orange zest. 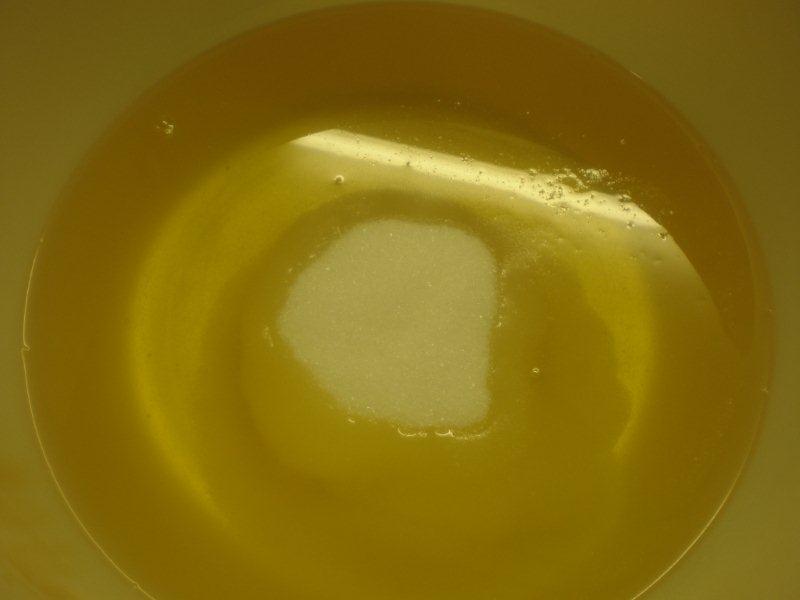 In a large bowl mix well oil and sugar, until a soft liquid mass. It would take some 6-7 minutes. 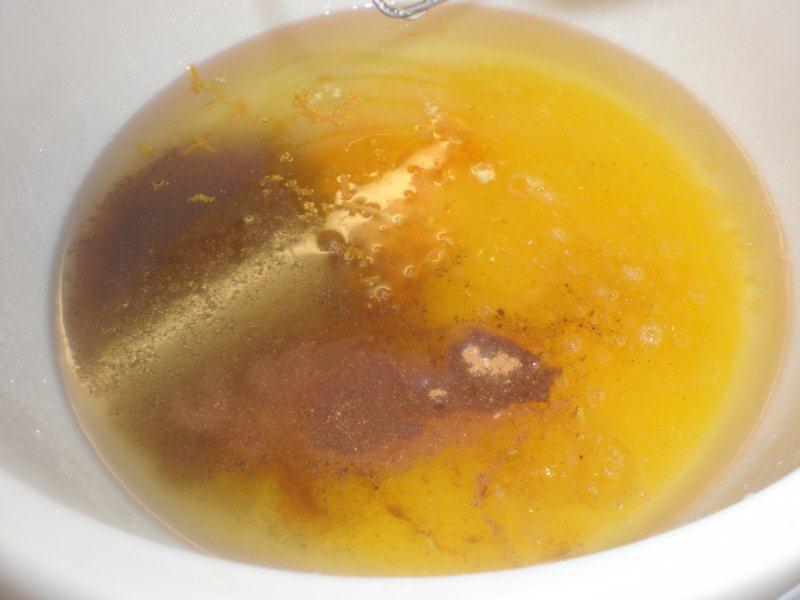 Add one by one cinnamon, cloves, orange juice and zest as well as baking power.

Mix the baking soda with the Cognac and add it to the bowl.

I use an electric hand mixer at medium speed. 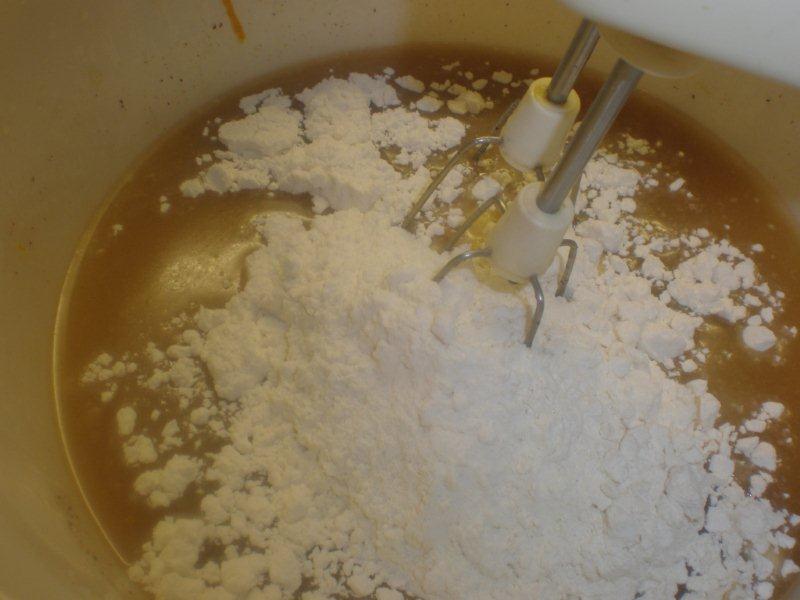 When all four is used, work the dough with your hands for some minutes. 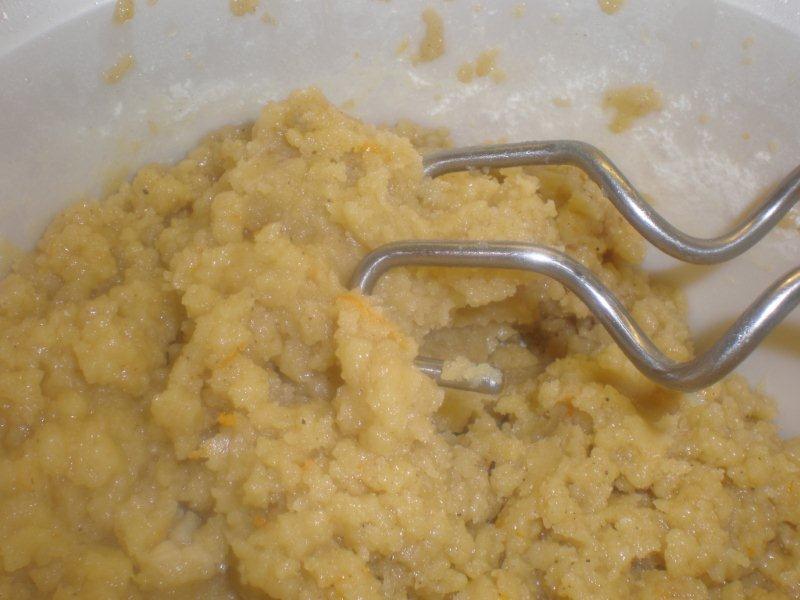 By 1 kg flour you get a rather soft dough. Note: the dough has to be soft. If you think it is too soft – possible because of the kind of flour or ..whatever, you can add little by little more flour but no more than maybe 100 gr in total. Before adding more flour, make a test and see if you can form a melomakarono (see below). 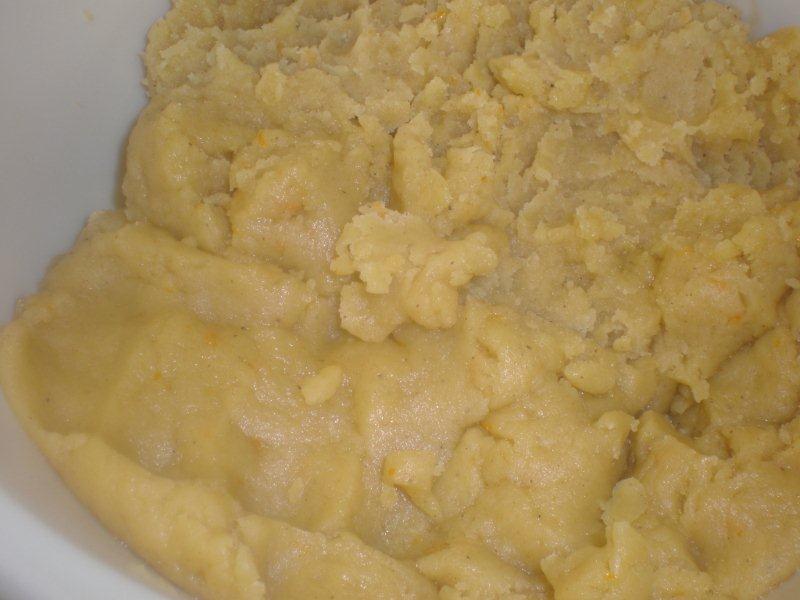 Cover the trays with baking sheet.

To roll out the cookies, pinch a portion of dough about the size of a very big walnut. Shape it with your palms into a smooth oblong shape, something like a small flatten egg. 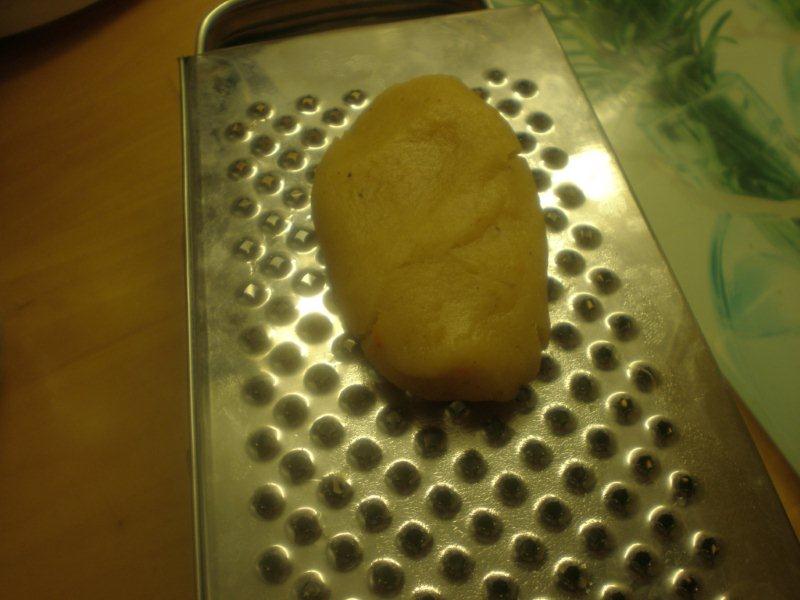 You soft press the cookie on a grater in order to get the “design” which is characteristic for Melomakarona. 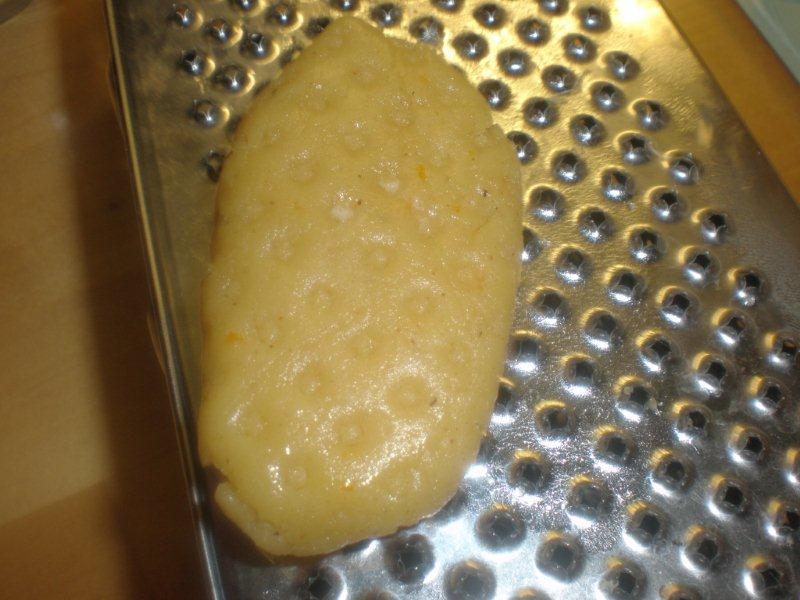 You can also create a design with a fork.

Of course, all traditional households had and still have small, glass dishes where they used to serve the “spoon sweets.” And all these tiny, cute dishes had a “design” underneath. All Greek housewives who respect themselves had these dishes.

During the Melomakarona preparation, one of these dishes would be turned upside down and the cookies would be pressed on it for the necessary design.

As I do not have such set of old fashioned dishes … I found out that the grater would do too. Somewhere, I’ve read that melomakarona are called also “Finikia” – Φοινίκια – because the grater gives them a design resembing that of the bark of a palm tree.

Place the dough Melomakarona on the tray next to each other, but at a decent distance because they grow bigger with the heat. 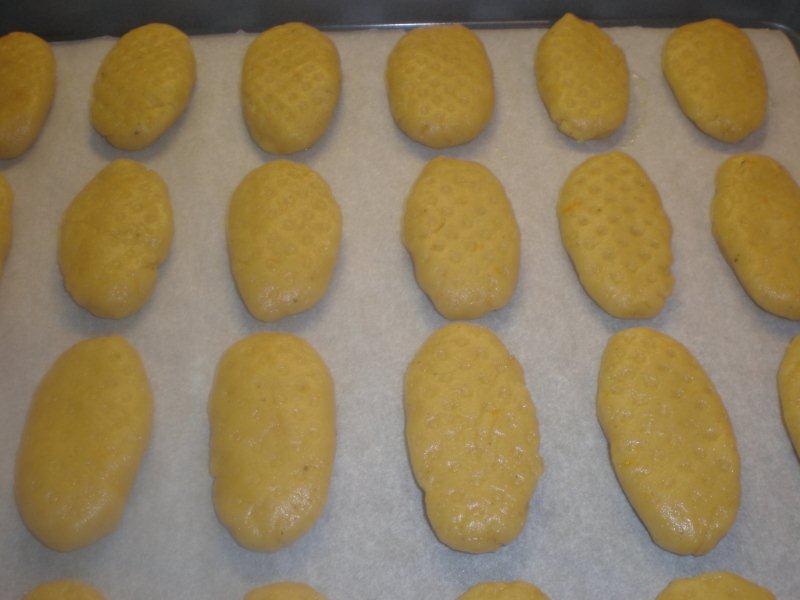 While the first tray is baking in the oven, I quickly fill the second one.

Melomakarona must be light brown and firm to the touch. They get more brown after they are soaked in syrup. If you bake them full, like biscuits, they will not absorb the syrup.

Note: Melomakarona have to be cold and the syrup hot!

Bring honey, water, cinnamon stick, lemon peel and juice to boil, stir well. Reduce heat and let it simmer for some 5 minutes. As the syrup tends to foam, remove it form heat for a second before it goes all over the place.

I place batches of baked melomakarona (one layer) in a deep tray or saucepan and pour the syrup over them with a serving soup spoon. Let them for 5 minutes, slip them over and add more syrup, if necessary. 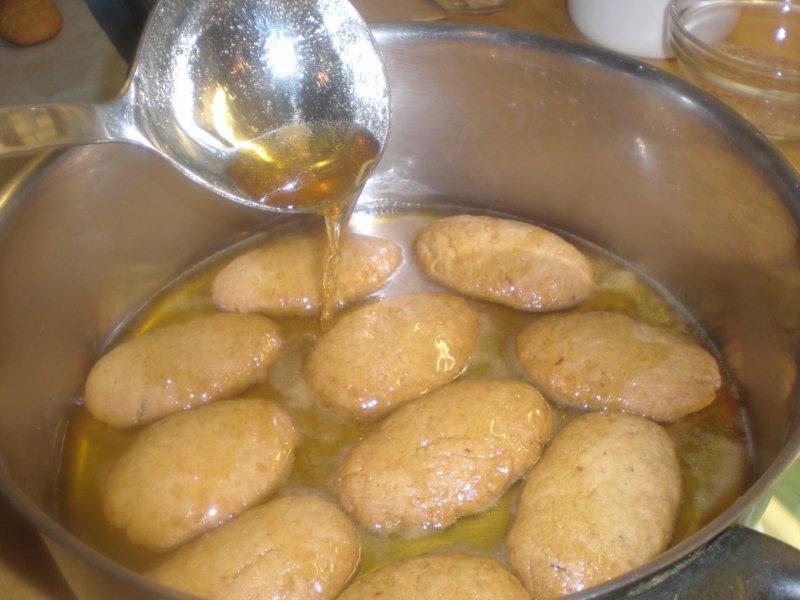 Remove the first batch, place them on a plate and sprinkle with crushed walnuts. 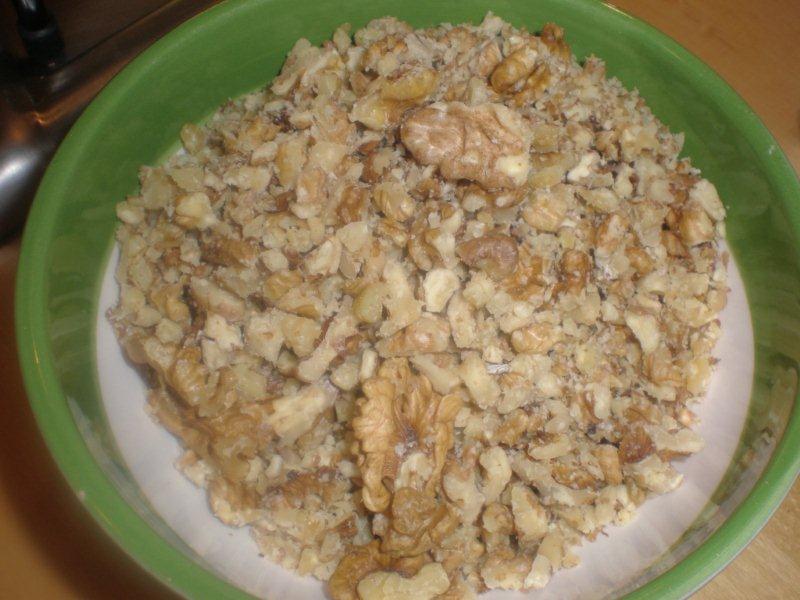 Repeat the procedure until all are nicely soaked.

For the sugar version you have to let it boil until it turns a bit thick. In this version, you place the melomakarona in the boiling syrup. 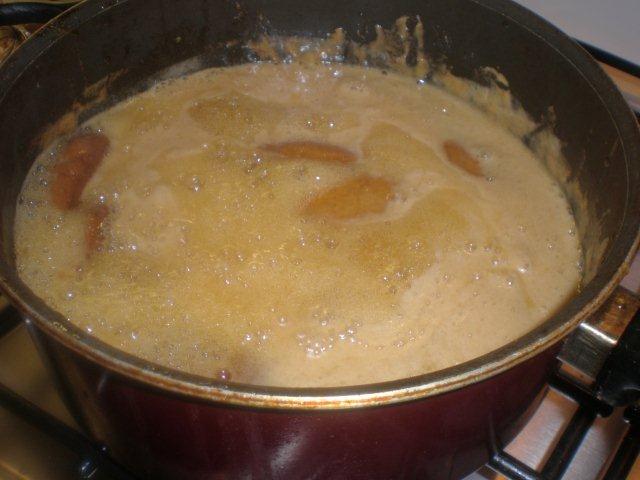 The whole procedure is in fact easy but it can time quite some time. Many Greeks break this procedure into two, bake them one day and soak them in syrup the next day.

Melomakarona and kourabiedes, the white shortbread cookies filled with almonds and covered with tons of powder sugar are the two traditional very Greek sweets for the Christmas days. 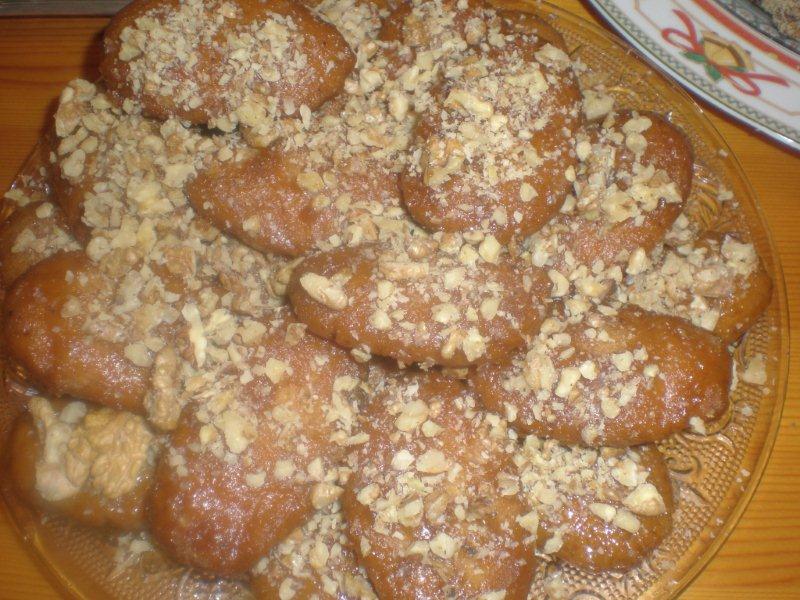 They are thought to be actually eaten over the festive days, from December 25th until January 6th.

But who can resist and eat them so slowly?

Note: this is the recipe and the pictures of “My Perfect Greek Melomakarona” I posted on KTG in December 2010 that “disappeared’ from the website during some site revamp.