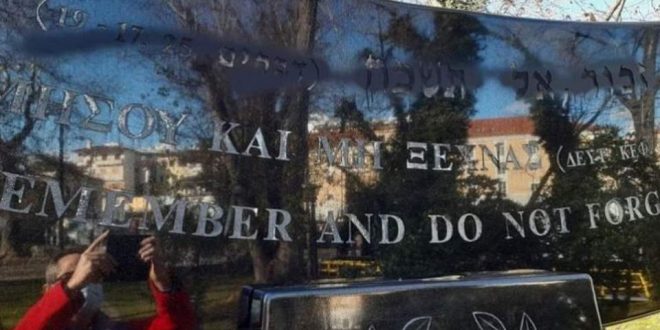 Unknown perpetrators vandalized the Holocaust Monument in the city of Drama, northern Greece, on the night of December 28, the Central Board of Jewish Communities in Greece (KISE) said on Wednesday and condemned the act. The perpetrators sprayed a black cross and broke the base of marble at the base of the monument. 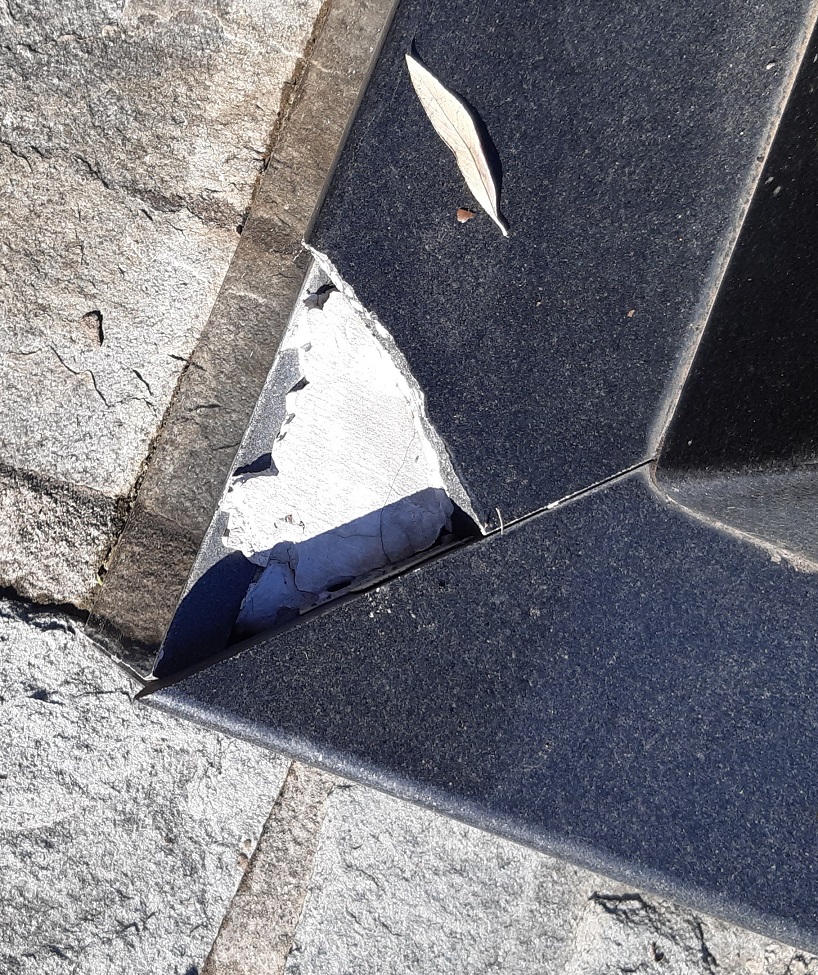 A similar graffiti appeared on the door of the old tobacco warehouse where, on March 3, 1943, the Bulgarian occupying forces arrested and imprisoned Greek Jews from Drama, before deportation them to Nazi extermination camps. 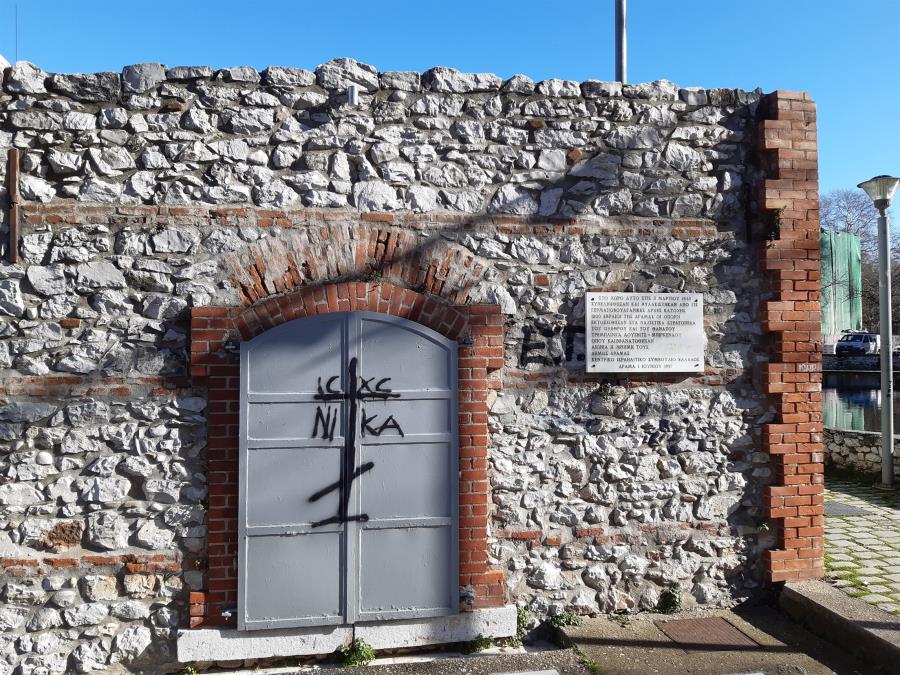 The same Christian symbols were sprayed on the holocaust monument of Larissa that was vandalized on Dec 3, 2020.

“Greek Judaism condemns with abhorrence and sadness the continued anti-Semitic incidents that stem from all kind of fanaticism and encourage intolerance,” KISE said in a press release.

“We wish a year of peace and prosperity for the New Year, when such incidents will permanently and irrevocably stop,” it added.

KISE requested the arrest of the perpetrators in a letter to Drama’s Police Directorate, and the restoration of the damages by the municipal authorities, as well as the condemnation of the vandalism.

The KISE noted that the vandalism in Drama is another anti-Semitic incident in the long chain of recent similar vandalism in Holocaust Monuments and Jewish cemeteries and list Athens (5. Oct), Thessaloniki (10 Oct), Rhodes (11 Oct) and Larissa (3 Dec.)