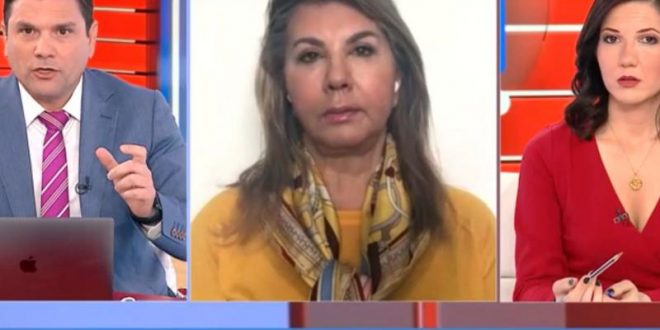 Fine on students who hang out in squares after school, says Greece’s Education Ministry UPD

January 24, 2021 CORONAVIRUS Comments Off on Fine on students who hang out in squares after school, says Greece’s Education Ministry UPD 1,589 Views

Deputy Education Minister Zeta Makri announced on Sunday that fines will be imposed on students who sit in squares with their friends after class and do not return home on time. The Deputy Minister, in fact, threatened the students as the reopening of Gymnaisums and Lyceums is scheduled on February 1, 2021.

A fine will be imposed on students who do not return home after school, said today the Deputy Minister of Education Zetta Makri, on the occasion of the opening of Gymnasiums and Lyceums on February 1st.

Speaking to MEGA TV, Makri stated that “there will be a fine for children who do not follow the rules, which are rules for the whole population”.

She added that after the end of the lessons the children will have a specific period of time to return to their homes and not unlimited time.

As the government has still one week time, Makri did not elaborate about the “time limit for students.”

Note that there is currently no time limit for being out of home for specifically to those aged 13-17 or to any other age or professional category.

Gymnasiums and Lyceums are closed since November 7, 2021, distance learning is obligatory and nobody fines students by law if they hang out in squares after “e-classes.”

The fine for violating lockdown rules including “non-essential movement” is 300 euros.

PS Rumors that a new police body will be established to chase students in squares and streets is currently just a joke on Greek social media. – This government mentality is so helpless 1950’s – 60’s where the youth was considered to be a state enemy that had to be locked in and tamed.

I bet my 2 cents that this is questionable in terms of Constitution when it comes to discrimination of age groups under the pretext of the pandemic.

UPDATE: Hours later and most possibly after intervention of the PM, Zeta Makri posted on her Twitter account that “there is no provision for specific fines for students.”

“I clarify that there is no provision for fines specifically on students,” she wrote adding that “we have so far cooperated with the whole education community and especially our students.”

Zeta Makri has been appointed deputy education minister at the latest cabinet reshuffle on Jan 4, 2021.