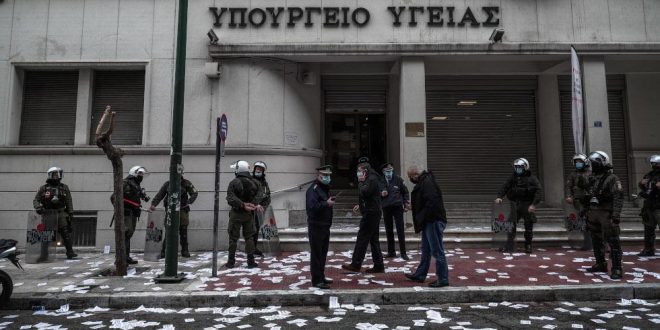 Greek police detained 60 people who staged a protest outside the Ministry of Health in solidarity with “17 November” convict Dimitris Koufontinas, currently in ICU due to hunger strike.

The anti-authoritarian group gathered outside the Ministry on Thursday morning and threw leaflets and raised a banner in support with Koufontinas.

Then they reportedly broke into the ministry entrance and police was called in.

The supporters were taken with police buses to Greek Police headquarters in Athens. 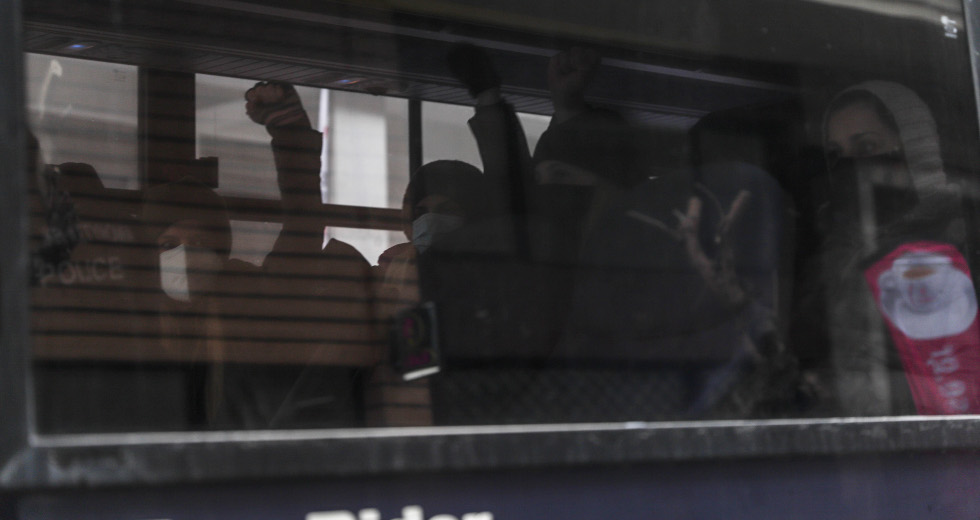 63-year-old Koufontinas has been on hunger strike for 42 days, after his request to be transferred to Korydalos prison in a ward specially designed for the convicted members of terrorism organization “17 November” has been turned down.

He has been admitted to the Intensive Care Unit of Lamia hospital in Central Greece a few days ago, due to deterioration of his health. He has reportedly suffering from serious damages like diplopia, peripheral nephropathy, electrolyte disturbances, severe weight loss, prolonged immobility with a risk of sore wounds, bleeding gums, etc.

The prosecutor of Volos has ordered “force feeding” something that the Federation of Greek Hospital Doctors rejected citing international laws.

The so-called hitman of 17 November is serving 11 life sentences plus 25 years for crimes committed as a member of the terrorist organization.