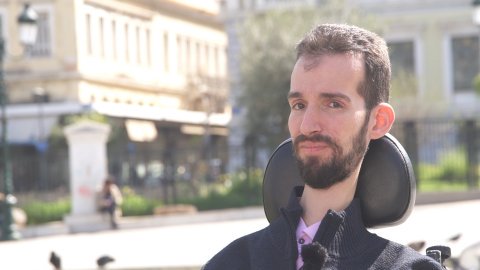 Ruling New Democracy MEP Stelios Kympouropoulos joined a far-right anti-abortion motion in the European Parliament triggering a public outrage in Greece where abortion is legal and there is not any kind of debate to revoke it. It was only after the outcry on Tuesday that New Democracy issued a statement say8ing that the MEP does not express the position of the party or its president on the issue and thus 5 whole days after the voting.

According to reports, Kympouropoulos voted against the right of women to decided on an issue and in favor of the EP motion, say8ing “…the human life of the child must always be protected, starting from the moment of conception.”

The other six ND MEPs voted against.

On the topic of how Greek MEPs voted last week, Stelios Kympouropoulos (EPP) joined the far right in voting for this:

“…the human life of the child must always be
protected, starting from the moment of conception;”

i.e., that women shouldn’t be allowed the right to choose. pic.twitter.com/8fH4NQAR2p

Abortion in Greece is legal since the early 1980’s and women have the right to choose up to the 12th month of pregnancy; and over this period under specific circumstances.

New Democracy said in its statement that it has a clear position, firmly and over time on the right of women to abortion. This issue has been resolved for Greek society for decades. It is obvious that the vote of the MEP Mr. Stelios Kympouropoulos does not express the party and its President.”

According to media, sources close to Kympouropoulos said the MEP have voted 15 times in favor of the right of women to abortion and last Friday approved a resolution for the protection of the child, which at one point states that its protection starts from its conception.

The same sources noted that this concerned the mother with the child and added that the noise around the resolution, which has no legislative value, is purely due to reasons of opposition.

Many social media users wondered why the European Parliament raises such issues.

Also last week another ND MEP, Thodoris Zagorakis, down voted a resolution where MEPs expressed deep concern over the growing number of attacks on lesbians, homosexuals, bisexuals, transgender and transgender people in the EU, declaring the Union “a Zone free for LGBT.”

Later on a post on FB, the MEP said that he downvoted in the first round “inadvertently.”

PS it is interesting that still in 2021, men claim to decide on women….