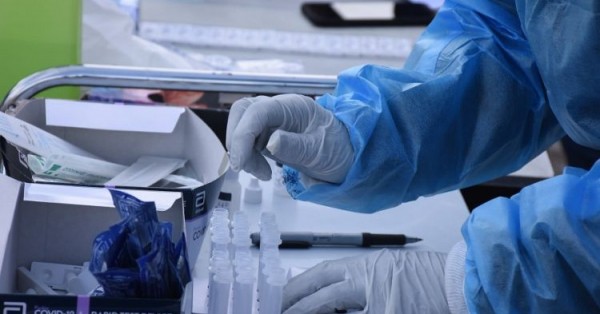 A second case with the Indian variant of the SARS-CoV-2 strain B.1.617.1 has been detected in Athens, the National Health Organization EODY said on Sunday.

Infected with the specific strain is a 33-year-old foreign national who traveled from Dubai to Athens on April 4, 2021. The woman had a negative PCR test issued by the departure country and developed symptoms after she arrived in Greece. She did not need hospitalization. According to media, the woman is a permanent resident of the Greek capital.

Track and trace of the woman’s contacts has been launched.

The case was detected in a mass sampling carried out by the Mobile Health Teams (KOMY) of EODY in the center of Athens.

The woman’s clinical symptoms have completely disappeared and her self-isolation has been completed.

Strain B.1.617.1 is characterized by a series of mutations in the spike gene of the virus, among which the combination E484Q and L452R. The strain detected in Athens carries both mutations.

According to official data, and based on the analysis of the sample, the isolated strain B.1.617.1 comes from the province of Maharashtra, India, the area where the mutant strain was first identified.

It is noted that the first case of the Indian mutation was detected in Patras, north-western Peloponnese on Friday, April 23. The infected person developed symptoms on March 13. Epidemiologicla track 7 tracing showed that the man had no history of travel or contact with any known confirmed cases.

According to state broadcaster ERT TV on Sunday afternoon, the first isolated strain is linked to the USA and specifically California.