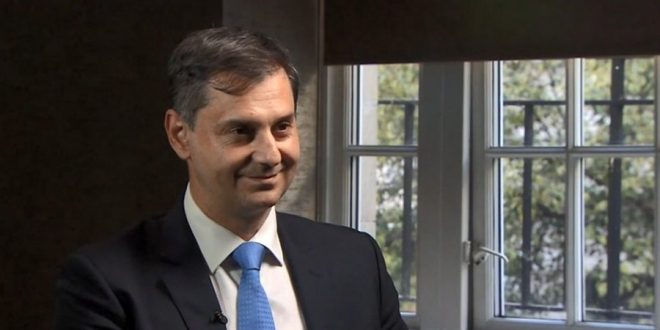 Greek Tourism Minister Haris Theoharis was grilled at BBC and HardTalk when it came to vacations and vaccinations in Greece, the course of the pandemic and UK’s decision to not include the country in the “green list for safe travel.”

In the following indicative excerpt, journalist Stephen Sackur criticized the Greek government, wondering whether May 15th is not the right date for the opening of tourism, given that the USA placed Greece at risk level 4,which means “do not travel ”

Among others, the journalist asked the minister if he considers the UK’s decision was wrong. Theoharis said that during his meetings with British officials in London, he proposed the separation of the Greek regions, so that the islands that are in a relative better position regarding the vaccination roll out be included on the “green list.”

The journalist insisted, saying that since the decision of Britain means that those who return from Greece are obliged to be quarantined, it is not realistic for many British tourists to choose the country. Theoharis agreed adding, however, that he is in London in an attempt to get the British government to review its decision.

Sackur referred to the opening of Greek tourism in 2020, saying that “according to research, the Greek people associate the rise of the second wave with the decision to open the borders for tourists. Aren’t you afraid that the same thing will happen?

The Minister merely commented that the system is complicated and vaccinations do not proceed if there are no vaccines.