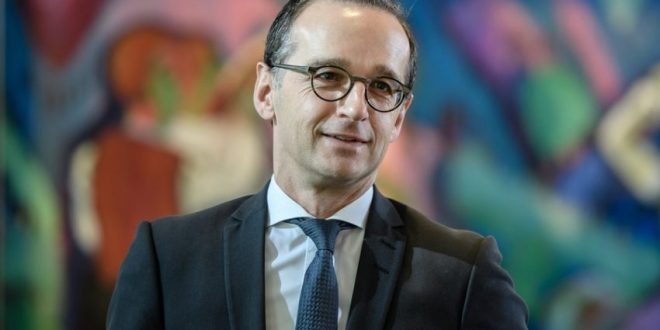 Germany’s foreign minister said on Monday the European Union should abolish the right of individual member states to veto foreign policy measures as the 27-nation bloc arguing that could not allow itself to be “held hostage.”

“We can no longer be held hostage by those who paralyse European foreign policy through their vetoes,” FM Heiko Maas told a conference of Germany’s ambassadors in Berlin. “If you do that then sooner or later you are risking the cohesion of Europe.”

“I therefore say quite openly: the veto must go — even if that means we too can be outvoted.”

“Hungary again blocked an EU-Statement on #Hongkong. Three weeks ago it was on Middle East. Common Foreign and Security Policy #CFSP cannot work on the basis of a blocking policy. We need a serious debate on ways to manage dissent, including qualified majority voting,” Berger wrote.

In a public row in mid-May, Hungarian Foreign Minister Peter Szijjarto slammed the EU’s “one-sided” statements on Israel as his European counterparts called for a ceasefire between Israel and the Palestinians.

Hungary and Poland had also threatened to veto the recovery fund last year along with the entire EU budget over proposals to link some fund payments to rule-of-law conditions, describing it as “political blackmail”.

His remarks amount to a highly unusual rebuke by Germany of a fellow member-state. Germany, conscious of its economic and political heft within the EU, is normally very cautious about being seen to throw its weight for fear of seeming overbearing.

PS German hegemony in EU? Thanks, but no thanks.