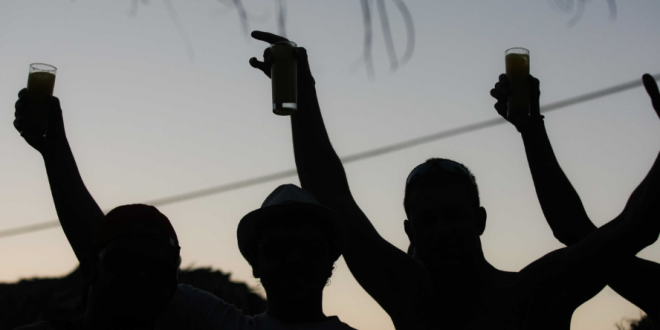 The Greek government turns to local “influencers” to convince citizens to participate to the vaccination program as coronavirus infections started to increase again. Artists, mayors, athletes and priests are among the “influnecers” the government wants to mobilize, media report.

Just a week after the announcement of the “Freedom Pass” – Vaccination Pass-  and the extra bonus of 150 euros for the vaccination of the youth, the government has realized that the vaccination program had “slowed down.”

The Prime Minister’s office has reportedly actively involved mayors and regional governors in the campaign to persuade the unvaccinated citizens as well as in the control of entertainment facilities, restaurants and bars.

Members of the local governments have been assigned with the duty to locate the unvaccinated citizens in their area of ​​responsibility and try to persuade them to make an appointment immediately.

The “Persuasion” campaign will request also influential people from the local communities, ie people who are… “influencers”, whether artists, athletes, other famous persons in the area, or the parish priest to support the campaign.

Initially, mayors, deputy mayors, community presidents and other elected officials will take over, who “as experts in the local communities, can more easily identify which categories of citizens are hesitant about the vaccines and in which areas residents have difficulty accessing vaccination centers.”

The campaign will take place in every neighborhood, even door-to-door and will concern those citizens who for various reasons who have not yet taken the decision to be vaccinated.

Then, depending on the age or social group of the unvaccinated, according to the government, they will take on influential and prestigious people in local communities to convince citizens.

For example, if the reasons are religious, the local priest will try to convince the faithful.

Of course, the decision of the Permanent Holy Synod is pending and is expected to be taken today regarding the PM’s request to the Greek Church to support the vaccination program.

If the low rates of vaccinations are recorded among the youth, then citizens with influence to young people will take the lead.

The second pillar of the effort concerns citizens who are positive about vaccination, but do not have easy access to a vaccination center, either because they live in inaccessible, mountainous and insular areas or because they cannot move. Here, too, the contribution of the local government is considered necessary for the targeted presence of the mobile units of EODY.

According to the PM’s Office leaks to the press, in order to convince the skeptics, “the plan is to vaccinate with Pfizer and Johnson & Johnson vaccines and not with the AstraZeneca for which there are various reservations.”

PS Also my youngest cat draws nice plans on papers and then we throw them away. And while she bows over paper and pencil one can hear her release a tiny “sigh” sound from time to time….

Meanwhile, the older cat recalled that last time we saw “influencers” from the local government in our area was some years ago during the elections. She noted we didn’t see them “door-to-door” but driving by with cars and megaphones.