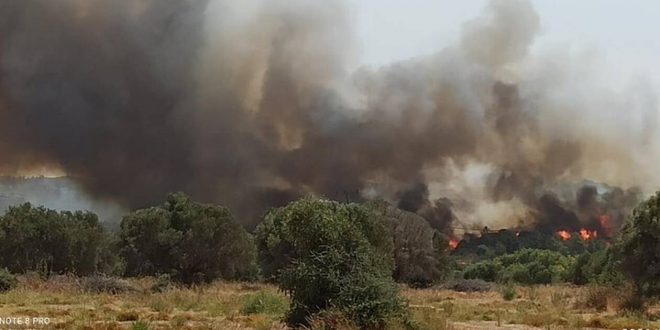 All fire fronts on the island of Rhodes was abating on Monday, with firefighting forces and volunteers battling the blaze overnight.

The water dropping aircraft and helicopters assumed their operation at dawn and there was “optimism” that the wildfire will be soon be fully under control.

Speaking to state broadcaster ERT, the regional governor of Southern Aegean, Giorgos Hatzimarkos, said that the situation is better than last night.

He added that the damages to the power supply have been restored and  electricity has returned at 99 percent.

According to local media, over 7,000 acres have burned down due to the blaze that started near Sironi Sunday noon.

There are no reports about the fate of many animals like peacocks, deer and others also in farms in the area.