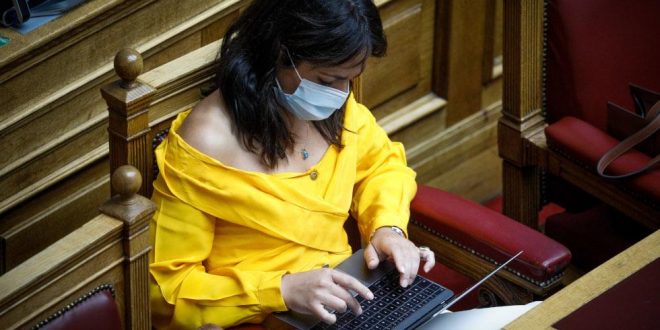 Greece’s Labor Ministry and the Hotel Chamber of Greece have agreed to employ to hotel units children over 16 years old who live in institutions and care facilities for minors. The move has triggered a storm of reactions by opposition   and the hotel employees’ union.

Deputy Labor Minister Domna Michailidou speaks of “smooth de-institutionalization of children”, the president of the Hotel Chamber of Greece Alexandros Vasilikos speaks of “solidarity” and “social contribution,” while opposition parties speak of “cheap labor” provided by vulnerable groups of the society to whom the state is obliged to provide protection.

According to the relevant announcement by the Labor Ministry, the cooperation between the two sides is oriented towards three points:

SYRIZA accuses the government of promoting “cheap labor” in hotel units for children living in child care facilities. “Following [Labor Minister] Hatzidakis with anti-labor law that legalizes unpaid overrtime work and the law on the privatization of supplementary insurance, the government officially promotes child labor for minors, children that the state has under its care in closed structures for minors, reinforcing this unacceptable selection and cheap work in the tourism industry,” the left-wing party said in a statement.

“Minors should go to school and that’s why SYRIZA argues that compulsory education [currently 9 years] should include high school,” the statement stressed.

“It is unacceptable for the state, which has the responsibility of children in institutions, to deprive them of their right to education and to use them to reduce the wage costs of hotel businesses,” the statement said, among others, adding “we will not let hotel kitchens be filled with minors.”

The Panhellenic Federation of Food & Tourism Workers demands further explanation from the Labor Ministry saying that “the government has found a way to provide hotels with cheap labor.”

The Federation points out the lack of legislation for such a “collaboration,” the need of the guardian’s consent for the minors’ employment as well as the absence of a framework defining exactly the terms of employment of minors in the hotels industry.

Leader of Movement for Change KINAL/PASOK, Fofi Gennimata, sharply criticized the government for this agreement speaking of “cheap and discredited labor.” She stated after a meeting EU Commissioner for  Employment and Social Rights, Nikolas Smith, “the Conservatives consider safe and legitimate work as an obstacle to progress and development. The promote the abolition of work contracts, cheap and discredited work. The Mitsotakis government is a leader in this policy.”

KNE, the youth department of the Communist party KKE, issued a sharp statement speaking of “slaves in the 21st century”and of “exploitation of children in institutions.” It said, among others, that “a 16-year-old ought to enter the Lyceum, not the labor market.” According to KNE, this is the second present of the New Democracy government to hoteliers after it opened tourism without protection measures.”

The law in Greece stipulates that children under the age of 16 are not permitted to work. Part-time work for over 16 years old is allowed.

However, this particular agreement refers exclusively to labor of “vulnerable” minors in institutions for whom the state has responsibility to protect with all means and provide them with education and/or job training until they are 18.