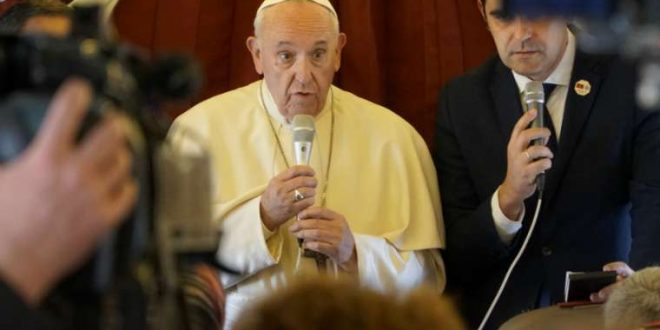 Pope Francis will be visiting the island of Lesvos  in late November or early December, when he will visit Greece. The island that has received the most refugees is included in the list of destinations of Pope Francis’ upcoming tour in the country, state-run news agency amna reported.

The visit to Greece follows an invitation by Prime Minister Kyriakos Mitsotakis in May 2020.

In preparation for the visit, cardinals will arrive at the island on Thursday accompanied by Greek Migration and Asylum Ministry officials. They will visit the island’s Mavrovouni (Kara Tepe) temporary refugee camp, which is on the pope’s itinerary while on the island.

Meanwhile, Catholic Archbishop for the Aegean Islands Iosif Printesis, also Metropolitan of the islands of Naxos, Tinos, Andros and Mykonos, arrived at Lesvos on Wednesday.

Pope Francis visited Lesvos in April 2016, had a dozen of refugees to be relocated to the Vatican. His last visit on the island was in 2019.