Breaking News
Home / News / CORONAVIRUS / Tolls for the center of Athens are not ruled out, says Transportation Minister UPD 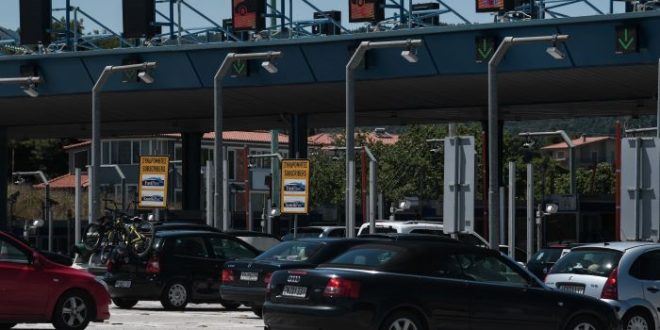 Tolls for the center of Athens are not ruled out, says Transportation Minister UPD

The possibility to impose tolls for motorists to enter the center of Athens is under consideration, Transportation Minister Costas Karamanlis said on Monday. The option is seen as another measure to address the traffic problem in the downtown of the Greek capital that has dramatically increased in the last weeks.

“At the table is the possibility of paying tolls for entry to the center of Athens, a measure that is being imposed in some foreign countries,” Karamanlis told Skai FM.

He named it an “environment fee” citing the EU Commission quote “the polluter pays.”

However, the current problem in Athens is the endless metal-queues with thousands of motorists and commuters at the end of their nerves. The problem arose again last month, as less and less use the public transport means due to the pandemic and fleet of urban public transport means that does not move as frequent as they should.

Regarding the traffic ring – “daktylios” – he said that will enter into force as scheduled on October 25. The system was off in the last 1.5 year due to the coronavirus and the imposed lockdowns.

the minister added that hybrid vehicles, liquid gas, Euro6 will move freely without restrictions and he pointed out to a 50%-reduction to the licenses that were given green light to move freely in previous years. He did not even mentioned the free movement of electric cars as he did last week as there are only a few, if any.

As for the situation in the public transport means for the thousands of commuters each and every day, the Transport minister had actually nothing to say other than a vague “they are in a stage of adaption and very serious work is already being done to increase the number of buses.”

At the same time, the Minister of Transport, gradually announced the taking of other, additional, measures to address the traffic problem.

PS I suppose that a lot more needs to be done before one imposes toll fees for the center of Athens. Increasing schedules of buses, metro, urban train as well as a tram connection that operates from start to endpoint without modifications because one day this and the other day that.

But for the Greek conservative gov’t any short term “window solution” is linked to fines and fees. Improving infrastructure never comes to one’s mind.

Two days later, on Wednes, government spokesman Giannis Oikonomou dismissed the Transport Minister and his plans  for tolls in Athens saying “there are not such thoughts.”