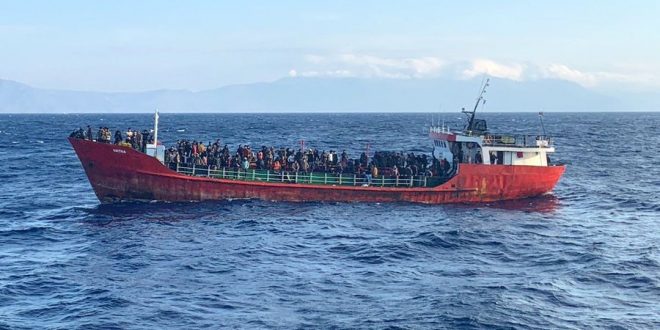 375 migrants onboard of Turkish-flagged vessel disembark on Kos

October 31, 2021 Politics, Refugees Comments Off on 375 migrants onboard of Turkish-flagged vessel disembark on Kos 918 Views

375 migrants on board of a Turkish-flagged cargo ship disembarked at the port of the island of Kos in the early morning hours of Sunday and were transferred to the local Reception and Identification Migrant Center, Greece’s Migration and Asylum ministry said in a statement on Sunday. 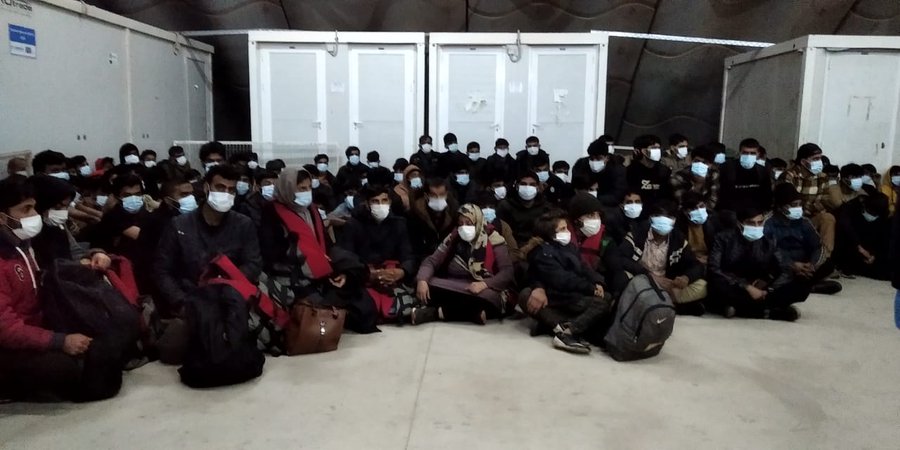 A woman had previously disembarked and was transferred to the island of Karpathos to receive medical care.

The majority of migrants are from Afghanistan and Pakistan, local media report.

Six people also on board, suspected to be the human traffickers, have been held for questioning.

All Rapid-tests carried out, so far, were reportedly negative.

The migrants are being housed until their asylum applications have been examined by officials and they complete their pandemic quarantine. However, the ministry stressed this solution is temporary and a result of extenuating circumstances.

This was a needless dangerous journey facilitated by criminal gangs. Unlike Turkey and others that ignored the problem, Greece stepped up. Providing immediate humanitarian support to people in need, as we always do. But Greece cannot solve the migration crisis alone. pic.twitter.com/nngejaCsbh

“Greece has once again proven that it protects human lives at sea and offers safety, where others are indifferent to their obligations,” said Migration Minister Notis Mitarachi.

The minister also stated on social media that he has informed the European Union that Turkey refused to accept the cargo ship and called on the EU to ensure that the migration agreement with Turkey is upheld.

Earlier today the Hellenic coastguard safely disembarked 382 migrants from a Turkish flagged vessel after its engine failed in international waters off Crete. Yet again another dangerous and illegal journey from the Turkish coast, unseen by the Turkish authorities. pic.twitter.com/JChiKJBLae

The United Nations High Commissioner for Refugees has welcomed the safe arrival of the migrants on Kos.

UNHCR is relieved over 380 people on a boat in distress off the coast of Greece have been safely disembarked on Kos island.

We are grateful to the Greek authorities and stand ready to provide any support necessary. pic.twitter.com/5c9o6n5oBX

Vessel “Murat 729” had left a Turkish port near the city of Izmir and was ailing south of the island of Crete when it suffered a technical failure on Friday. An operation launched by the Greek Coast Guard towed the vessel to Kos.

The Greek Foreign Ministry has requested Turkey to take back the vessel and the emigrants but Ankara rejected the request.