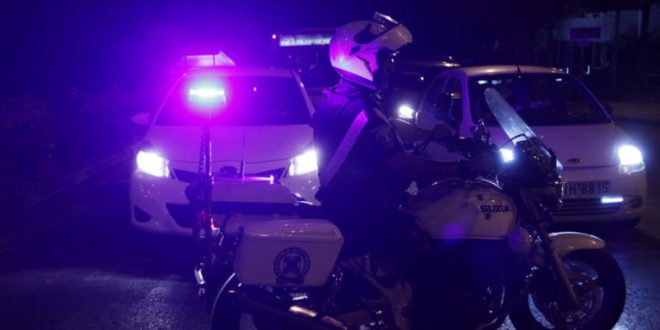 A 49-year-old man brutally stabbed his wife to death in their home bedroom in Thessaloniki and surrendered to police on Sunday night. It is the 14th femicide in Greece in 2021.

Police found the 48-year-old victim in a lake of blood. The woman had injuries in the chest and the legs. She was stabbed eight times.

The murder weapon was also found in the home.

According to media, the perpetrator went to police station of Lefkos Pyrgos short after 9:30 at night and confessed to officers that he had killed his wife.  He claimed that he killed her because she was cheating on him.

He was arrested and put into a cell. Police officers went to his home where they found the slaughtered woman.

The couple, Greeks from Armenia, has a 20-year-old son does not live with his parents.

Many Greeks on Twitter recall the public suggestion by a police unionist on TV  a few month ago, who claimed that if the murderer of a woman goes to police right after a murder one gets fewer years in jail.

As femicide in the Greece has reached unprecedented levels this year, women organizations call on the government to acknowledge femicde as a gender based crime and demand severe punishment.