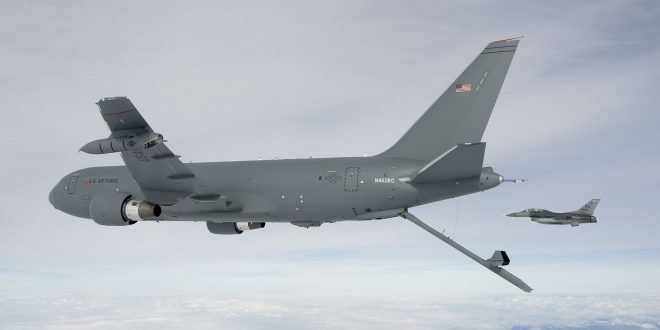 Larissa military air base upgrade: Will the USA deploy flying tankers from Incirlik?

The USA are preparing for the upgrade the military base of Larissa in Central Greece with new constructions and infrastructure improvement also with the aim to be able to host flying tankers from the Incirlik air base in Turkey. The project is been activated after Greece and the US signed the renewal of the Mutual Defense Cooperation Agreement (MDCA) in October.

According to a report by military issues website armyvoice.gr, the project includes new constructions and infrastructure improvements of the Air Base in Larissa, by the Environmental Chemical Corporation.

Specifically, the project objectives are:

The question is reasonable: What are the Americans trying to “build” in Larissa at a time when no aircraft relocation has been announced, apart from some landings of individual F-22 Raptor aircraft and some UAVs?

Citing well-informed sources, armyvoice reports that the USA is concerned of the the behavior of Turkey and is looking for solutions in case their bilateral relations deteriorate and Incirlik needs to be closed.

“Of course, this does not mean that it will happen, but it is probably a preparation as it seems that relations with Turkey are not going through the best possible period,” the sources said.

The plan for Larissa, although it had been discussed in recent years, was activated after renewal of the Mutual Defense Cooperation Agreement (MDCA) signed by the US with Greece in October, which envisages a large investment in the Larissa Air Base.

The air base of Larissa has a fuel pipeline at a very close distance, it is also technologically upgraded as the first airport that will have fiber optics, suitable for data transfer.

According to the sources, this combination is of great interest to the USA, which wanted to invest by upgrading Larissa to an air base that could, in case of need, be an alternative option for transporting aircraft from Incirlik.

In addition, given the lack of infrastructure in Greece for network-operated vehicles, such as the upgraded F-16 viper and F-35 aircraft being promoted to join the Greek arsenal, the projects undertaken by the Americans are expected to contribute in this direction as well, “creating a suitable infrastructure for our country as well,” General Staff sources told armyvoice.gr.

According to sources from the American embassy, ​​the decision for the Greek company that will undertake the project in Larissa, is expected to be announced in the coming days.