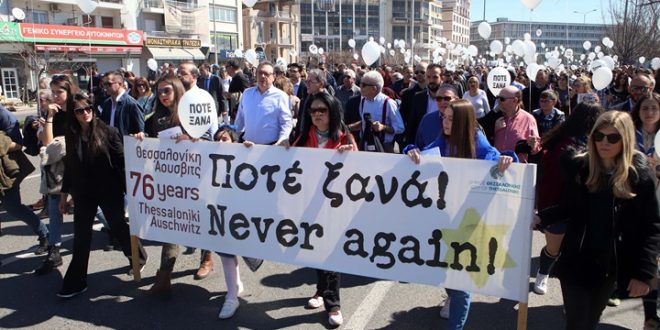 Russia will return to Greece the pre-war archives of Jewish communities that were stolen by Nazi forces, the country’s Jewish council said Thursday

“Our history returns home,” the Central Board of Jewish Communities in Greece (KIS) said in a statement.

KIS said Nazi forces in July 1942 had plundered archives, books and religious artifacts from 30 Synagogues, libraries and communal institutions just in Thessaloniki, which at the time was home to one of the largest Jewish populations in Europe.

They were transferred to Moscow after the Red Army took Berlin in May 1945.

“For the Greek Jews these archives bring light to its historic course, sacred heirlooms of the light of life and the darkness of the looting and the Holocaust. Their restitution would mean justice and would transmit knowledge about a part of the Greek people that contributed to the progress of the country and no longer exists, that of the 60,000 Greek Jews who were deported to and exterminated in the Nazi death camps,” the board statement added.

The arrangement was announced Wednesday during a visit to Moscow by Greek Prime Minister Kyriakos Mitsotakis.

No date for the return was given.

The archives had until now been stored among Russian military files.

Members of the Jewish Community in Thessaloniki told media (Alpha TV) that they have been trying for the archives return since the year 2000.