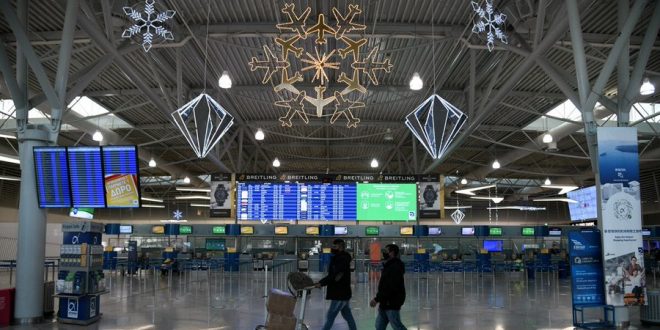 For the fourth time in 24 hours, Greece changed again the travel rules for all passengers arriving from abroad and now allows entrance also with negative Rapid test, next to the PCR test.

Deputy Health Minister Mina Gaga said at the coronavirus live briefing on Thursday evening that next to PCR test of 72 hours also a Rapid Test carried out 24 hours before arrival is allowed.
She argued that the Rapid test is thought as alternative for travelers who will not find open diagnostic centers over the Christmas and festive season.
Gaga added that the rule applies for everyone over 5 years old and that it is a “temporary measure” over the festive season.
The measures goes into force at 6:00 a.m. Sunday, December 19, 2021.
The measure affects all travelers whether vaccinated or not.
Exception is (was?) for travelers from Greece who were abroad for less than 48 hours.
The total confusion was created as Greece changed the rules four times within 24 hours.
Wednesday afternoon, Greece  initially announced that only travelers from UK and Denmark would arrived with mandatory negative PCR test. An hour later, the Health Ministry expanded the measure to “all travelers from abroad with a PCR test of 48 hours.”
Thursday noon, the government spokesman spoke of a PCR test of 72 hours, while Gaga said at 6 p.m. that also Rapid tests are allowed.
*Before the Greek gov’t changes again the rules, you better check with airlines and travel agents to be sure what the rules are.
So far, there is not official announcement by the Greek Civil Aviation Authority.
PS My 6-year-old Kitty said she would do better a much planning and claimed that the Rapid test was added after massive bookings cancellations in the last hours, since yesterday, as TV channels reported.