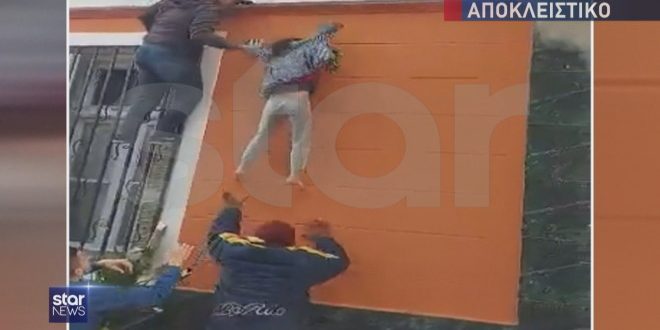 Death by heating: Sunday morning thick, black smoke comes out of a two-storey house in Metaxourgeio district of downtown Athens. Parents and children run in panic to escape the flames, neighbors and passersby rush to help until the fire brigades arrive. Hand in hand they take the children out of the building. 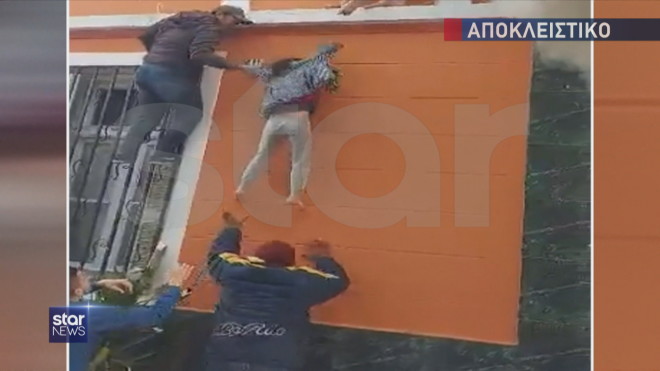 An 11-year-old boy and a 5-year-old girl are been transferred to a children’s hospital with burn injuries in their upper respiratory system.

Sunday evening StarTV reports that both children are intubated and in critical condition. The Fire Service suggests that the fire was caused by an electric stove one of the families in the house used for heating.

The two children may survive, but the fires were deadly for another three people, the previous day.

On Christmas Day, a couple of elderly was found dead in their home in a village by Phaistos on Crete.  The 95-year-old man and his bed-ridden 92-year-old wife were laying on their bed. A make-shift stove in the room had the fire service suggest that the elderly died after inhaling the toxic fumes of the fire.

A few hours earlier in Athens, a man burned alive when the electric blanket went in flames.

These are the latest incidents of people who died in their homes due to fire in the last two weeks, over 15 people in total across the country.

According to the Fire Service it is the highest number of deaths due to heating devices of all kinds.

According to official data by the Fire Service a total of 12 people died in fires in just 8 days, in the time between December 12 and 20.

On December 20 alone, four people died in 24 hours due to fires in their homes in multi-storey apartment buildings.

The majority of the victims are reportedly elderly, while among the dead are also people over 40 years old. Exception, so far, the two brothers aged 12 and 13 who died in their home in Kamatero on December 14. The fire was caused by a radiator.

Citing sources from the Fire Service, daily ethnos reports that most of the deaths seem to be due to means of heating.

Price hikes in heating oil, natural gas and electricity seem to have pushed many citizens to more economical means of heating, the sources said.

The majority of deaths has been caused from a heating source, such as stove, fireplace or air condition.

The Greek Fire Service advises citizens to use with big attention and care all heating devices such as electric stoves, heated mattresses and blankets, fan heaters, air conditioners, fireplaces and gas-, oil- and wood stoves. Attention should also be high regarding Christmas lights and trees.