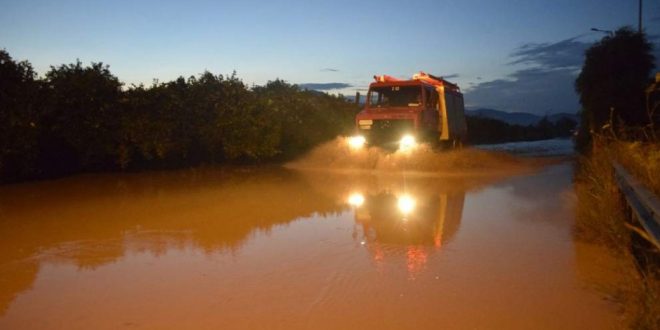 January 13, 2022 Refugees Comments Off on Two migrants die as they tried to cross swollen torrent amid rainstorm in North Greece 530 Views

A woman who went missing in a mountainous area in Serres regional unit, northern Greece, on Wednesday while trying to cross a swollen torrent amid rainstorms along with a group of migrants was found dead on Thursday.

The 24-year-old Iranian national was accompanying her 37-year-old husband who drowned while trekking through the hills to avoid police patrols, 40 kilometers east of the Greek city of Thessaloniki. Rescue recovered the man’s body on Wednesday.

Authorities were alerted by her brother, who stayed behind to try to help the couple.

Police said the migrants had entered Greece illegally from Turkey, and were believed to have been driven to the area by smugglers who left them to make their own way to Thessaloniki. It was unclear how many people had been in the group, which moved on after the accident.

Severe rainstorms and snowfall are affecting much of northern and central Greece, with temperatures around freezing. Gale-force winds kept most Greek island ferries confined to port Wednesday. [AP]