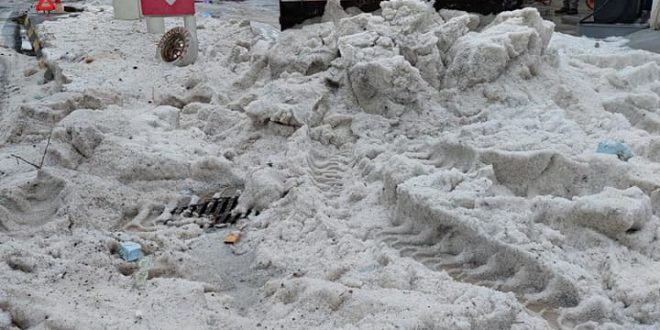 Unprecedented hail fall hit the island of Santorini on Thursday which locals describe “as if stones were falling from the sky.”  The heavy hail- and rain-storm damaged vehicles and agriculture and temperature on the popular summer destination plunged to 1 degree Celsius. 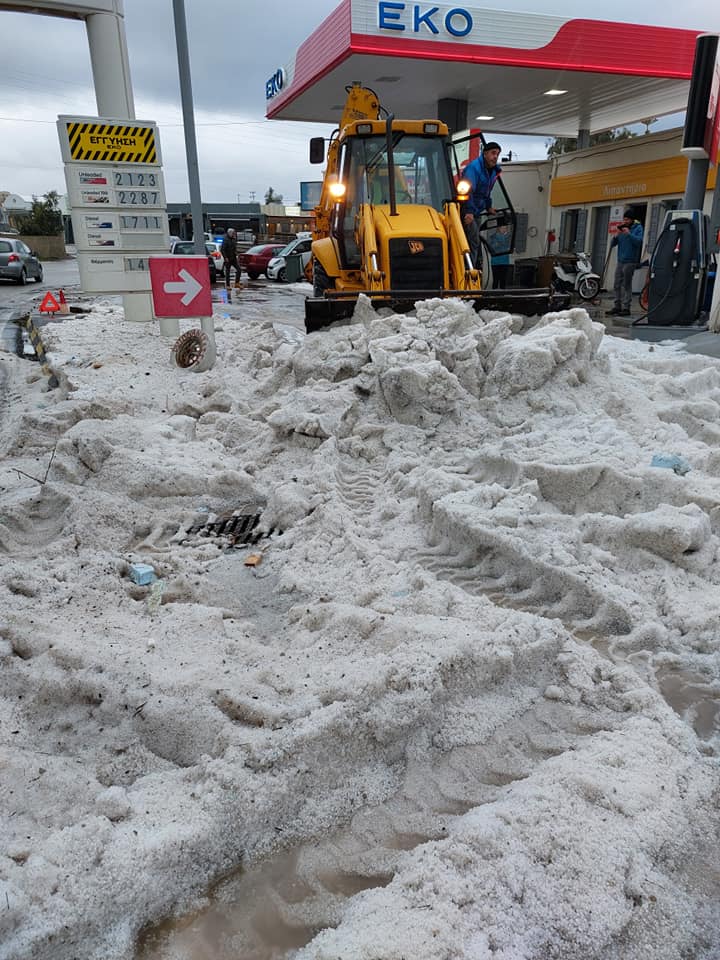 The storm also rendered the runway of the airport on the island and became briefly inoperable. Local authorities shut down schools for the rest of the day and for the safety of students and teaching personnel.

According to local media, two women and one child were evacuated from the kitchen window when their basement home was flooded.

The severe weather front affected also other islands of the Cyclades group, like Paros where heavy rain and hail turned the streets into rivers.

The rainfall brought rivers to swell and flooded several areas on the island. 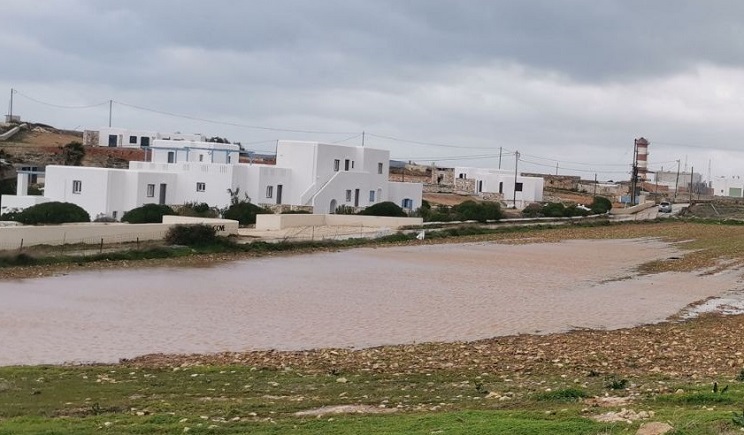